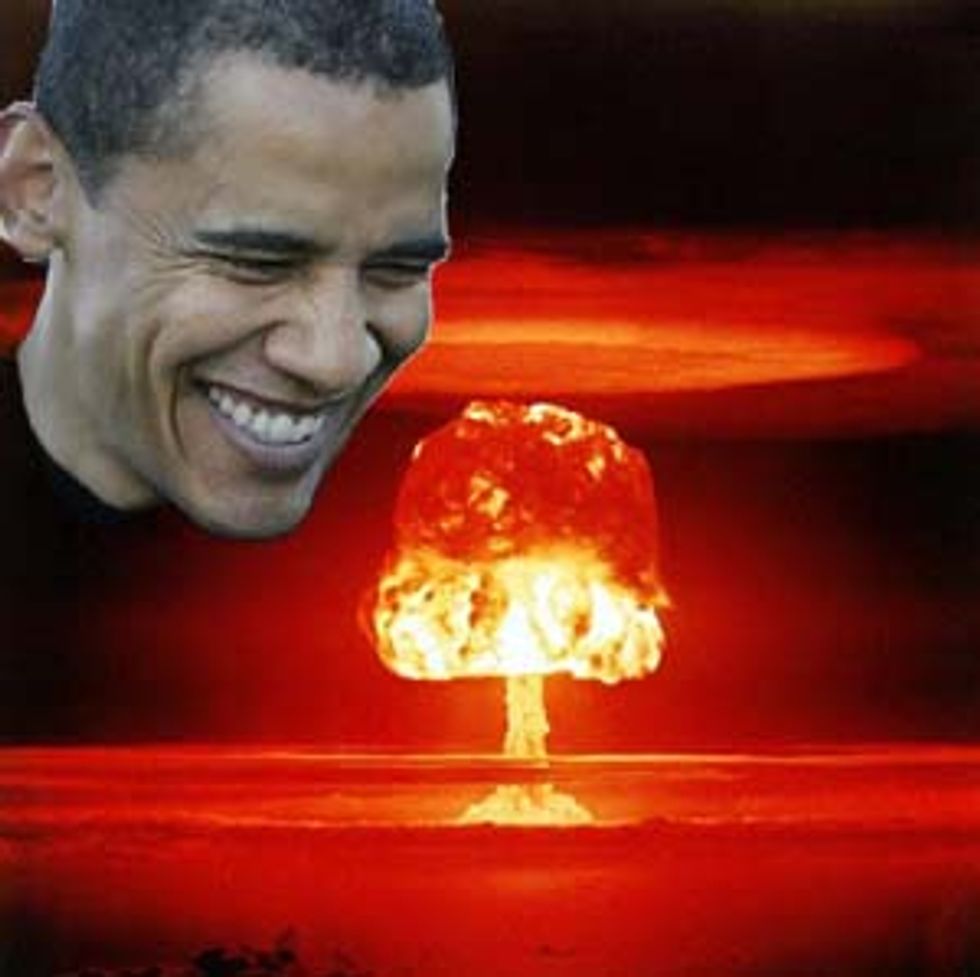 It's been an exciting week of "news," what with Donald Trump releasing his long-form draft card -- which proves that Obama never went to Harvard -- and blah blah blah. Good grief, we almost forgot that Japan's crippled nuclear reactors arestill leaking all kinds of unspeakable horrors! Even the lamestream media acknowledges that awful things such as plutonium 239 (a scary-ass isotope with a half life of 24,000 years) have been detected in places where they definitely shouldn't be. How long do Royal Marriages last? Fifteen years, tops? Oh well. We'll all be inbred mutants in ten years, anyway.

Here is your terrible & recent Nuclear Apocalypse News, listed in no particular order:

And finally: Here is famous anti-nuclear proliferation activist and physician Helen Caldicott talking about our happy-times future (massive nuclear fallout and lots of cancer for everybody). Is she just trying to frighten us, for fun? Maybe. After all, if Caldicott is a legitimate source, why doesn't she have breaking news about Justin Bieber's new hairdo, like the CNN Political Ticker does?

Have a nice weekend!