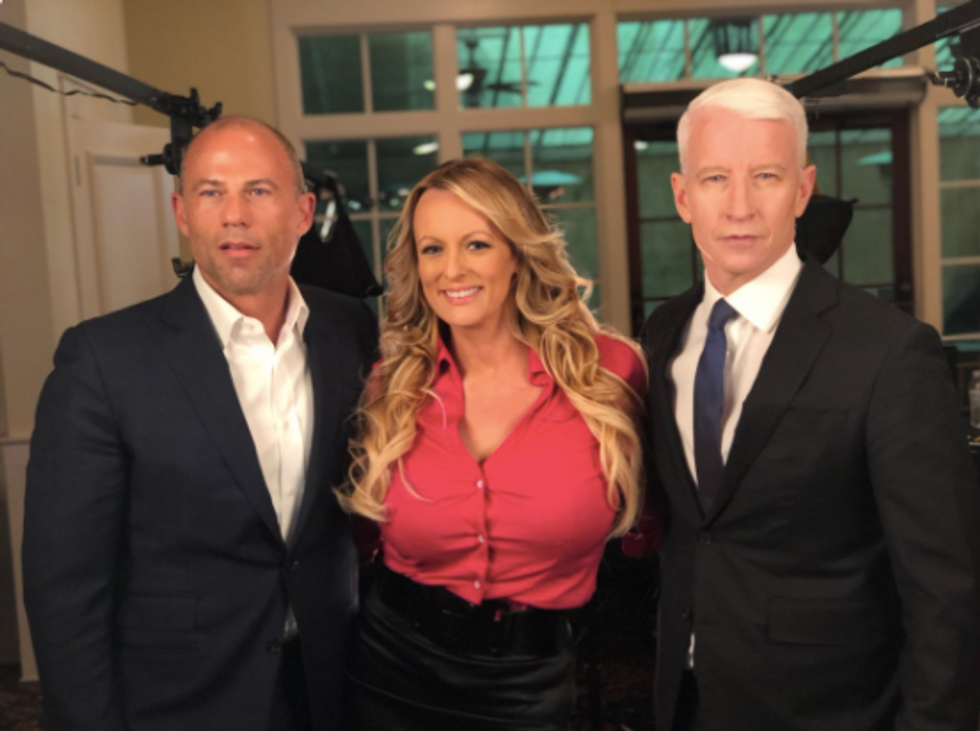 Who could resist his animal magnetism!

Good Morning! Who's ready to talk some trash? Shit's going down this week with our "favorite" porno/soap opera/police procedural. Let's do a quick check-in with all the characters so we're ready for whatever filthy smut comes our way. Glove up, kids. WE'RE GOING IN!

How fucked is Michael Cohen? Well, at the Friday hearing on his request to delay the Stormy Daniels civil suit in California, Judge Otero was like, DUDE, THE FEDS RAIDED YOUR OFFICE. YOUR ASS IS GETTIN' INDICTED! Well, more or less.

This is not your standard case. [...] I would expect something big to follow.

Ruh roh! Looks like Michael Cohen, Cooley Law's most distinguished alum, has A PROBLEM. If he testifies in the Daniels civil suit, the feds can use his own words to prosecute him for campaign finance violations and who knows what else in New York. If he pleads the Fifth in California, then he'll probably lose the civil case. So Cohen's lawyer came up with a genius plan. He filed a Please Postpone This Case, Your Honor, So My Client Won't Have To Plead the Fifth Motion.

To which Judge Otero said, NOPE. Cohen has until Wednesday to say I PLEAD THE FIFTH, or he's likely to lose his Motion to postpone the case.

Michael Avenatti fared only slightly better, failing to give a compelling reason why a postponement would be a hardship for Stormy Daniels. Although, in fairness, what was he supposed to say? "My client is a 39-year-old woman who takes her clothes off for money, and if she's going to capitalize on this story, she needs to do it now before the public loses interest?" There's just not a nice way to put that.

Keith Davidson, Come on Down!

Here's a minor character who may be about to get a lot more screen time. Davidson is the lawyer who represented both Stormy Daniels and Karen McDougal in their hush agreements about bumpin' bits with Donald Trump. He also represented Playboy model Shera Bechard in her payoff negotiations with former RNC deputy finance chair Elliott Broidy. What do all these agreements have in common? Well, Michael Cohen was on the other side of them! Which is a mighty big coincidence.

Want to see a guy who looks nervous as hell? Watch this CNN video.

Remember how McDougal expressly reserved the right to sue Cohen and Davidson in her settlement agreement with American Media Inc. last week? Well here's an interesting tweet from the lawyer currently representing McDougal and Bechard.

As this story unfolds, we hope that its focus remains on the profoundly disturbing and repeated collusion between Donald Trump’s fixer, Michael Cohen, and Ms. Bechard’s former lawyer, Keith Davidson. /3/