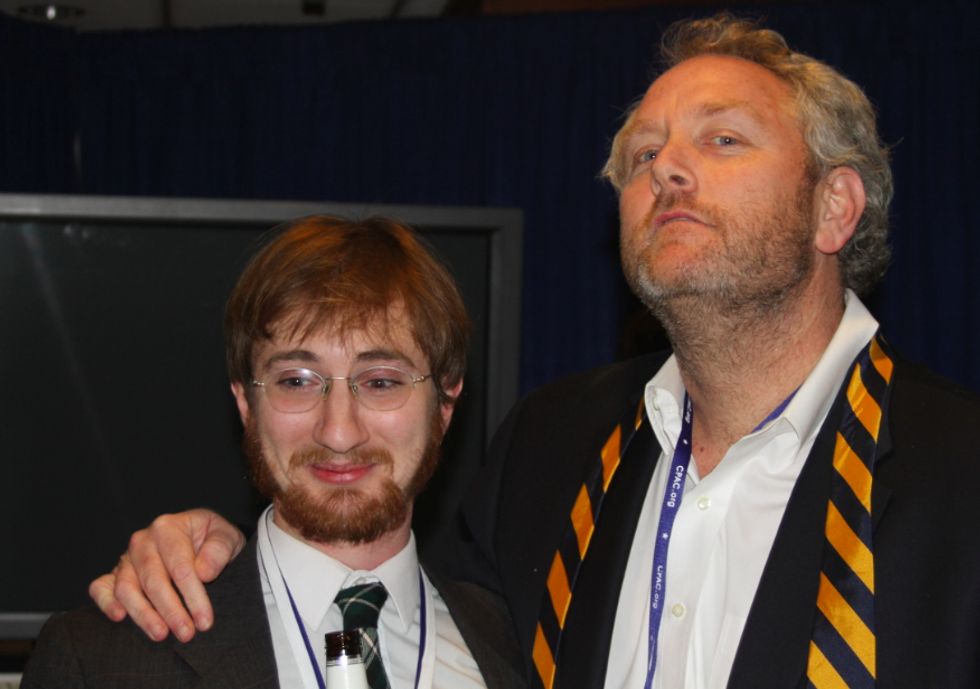 American blog owner Andrew Breitbart is dead. He was 43 years old, and reportedly died of "natural causes" in Los Angeles early this morning. We knew Breitbart -- "we," meaning many of us who have written for Wonkette, including young Riley Waggaman, pictured above at left -- and he was a pleasant enough goofball in person. Breitbart was also a talented writer of headlines (it really is an art!) who worked anonymously for many years as Matt Drudge's assistant on the West Coast. What he is known for today is the vile collection of websites that includes "Big Government," and his rambling, slurring appearances on broadcast media.

Breitbart leaves behind a wife and four children, along with hundreds of idiotic half-literate bloggers for his various websites who share his zeal for mindlessly attacking every non-wingnut aspect of life on Earth but lack his amiable personality. [Los Angeles Times/CNN]