Angry Bobby Jindal Is Your New Patton, Will Lead A Mighty Army Into Washington D.C. 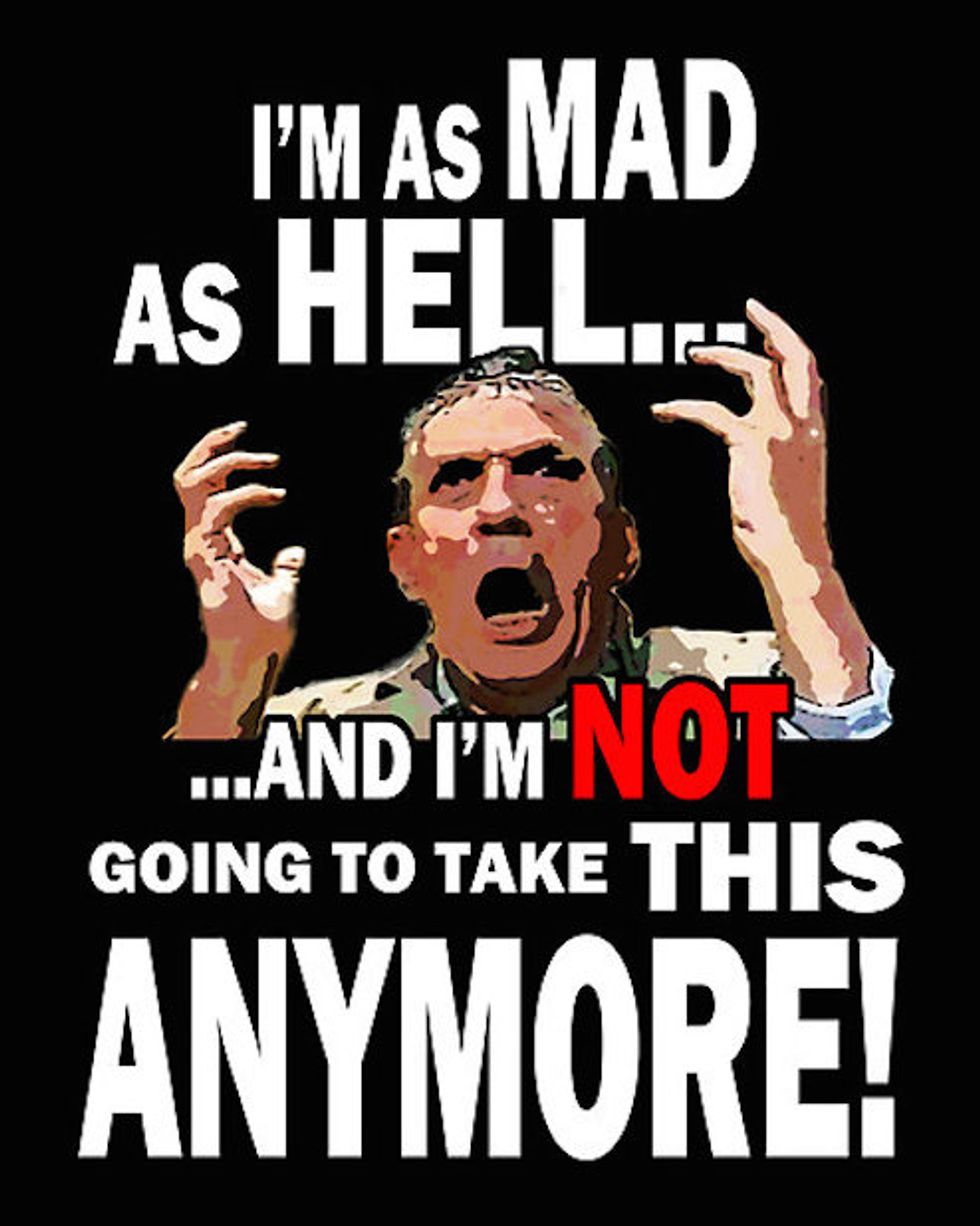 This weekend was Ralph Reed's "Faith and Freedom Coalition" pious ragefest, which we assume, as news trickles out, will be an almost endless source of material. Up first: walking talking permanent 5-o'clock shadow Bobby Jindal. Bobby is really working hard at going full right wing nutbar. Whether it is burnishing his Christian credentials to the point of stroking them off or telling Common Core that it needs to pack its things and move out, Jindal's 2016 pandering is on point, yo.

To the faithful freedom-y audience, Bobby Jindal really stepped up his game and pretty much stone cold called for people to march on Washington D.C., but not in a cool Martin Luther King Jr. way but more in a London Blitz circa 1940 sort of way.

"I can sense right now a rebellion brewing amongst these United States," Jindal said, "where people are ready for a hostile takeover of Washington, D.C., to preserve the American Dream for our children and grandchildren."

It does not seem to occur to Bobby Jindal that Washington D.C. is actually a place where people live and work, and believe it or not, not everyone works for the government or loves Democrats. But hey! Never let a little reality get in the way of your weird war fantasies, right?

Given that Jindal already thinks he's under attack and he's leading the Christians into battle, presumably he just thinks that burning D.C. to the ground is fighting back or something.

The governor said there was a "silent war" on religious liberty being fought in the U.S. — a country that he said was built on that liberty.

"I am tired of the left. They say they're for tolerance, they say they respect diversity. The reality is this: They respect everybody unless you happen to disagree with them," he said. "The left is trying to silence us and I'm tired of it, I won't take it anymore."

Fortunately, if Jindal is leading the charge, we heathen leftists will have plenty of time to clear out, because Christ, that man is a slow talker that likes to hear himself talk, which is a deadly combination, but at least one that will give us plenty of lead time.

We really should start thinking of what mighty Northern heathen cities we'll just abandon to his mighty army, however. Cleveland, maybe? We're just spitballing here. Help us out.