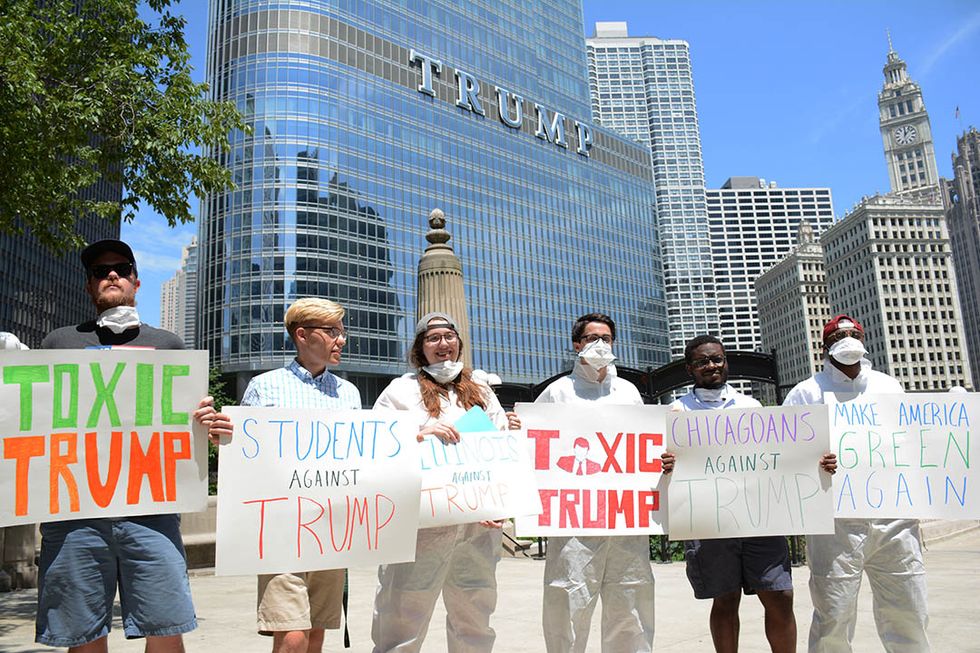 Greetings and salutations form Chicago! While Hillary Clinton was brainwashing Bernie Sanders with mind control worms earlier, Donald Trump was begging for cash in Chicago at the hotel palace that he doesn't even own anymore. In response to His Hairness, students and climate activists quickly got together to protest this invasion.

This guy was stoic, quiet, and clearly not a Trump fan

And then they called for a march!

They were met by these nice gentlemen.

So, then they marched back.

Look at those angry, torch burning freedom haters! Instead of jobs, or internships, they stood outside in the heat and humidity flailing their arms, and chanting, and holding press conferences! You see what Americas kids are up to these days? What a bunch of tree hugging jerks!