Ann Romney To Obama: Please Don't Kill Mitt With A Missile If I'm Nearby 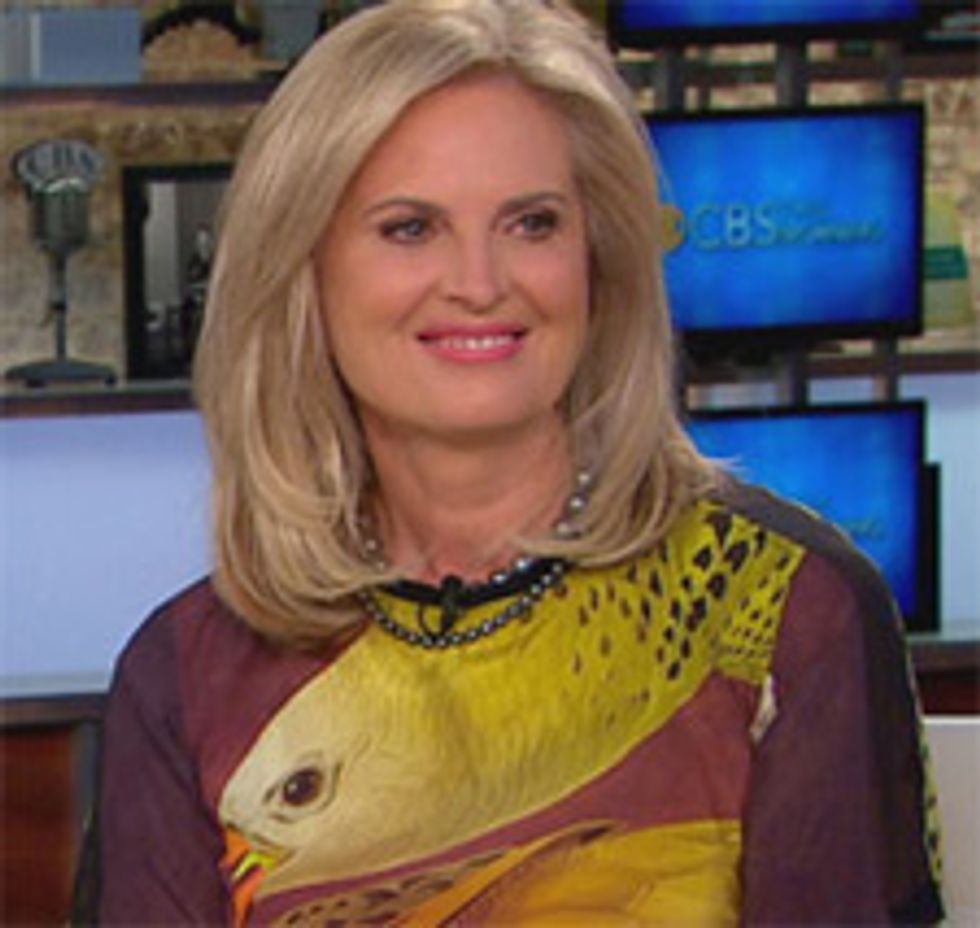 Ann Romney is no dummy, you guys! She knows all about how much Obama loves killing all of his enemies with missiles from flying death robots. And who is the Obama Administration's most hated enemy? Well, it's probably whoever the CIA has picked out of a hat as "al Qaeda #2" is this week, but after that, it's Mitt Romney all the way. Probably one of those EPA drones is coming for Willard any day now, and so Ann Romney has a message for the drone-meisters: "Not when I'm next to him you better not." Can Ann stop missiles with her mind, or is she just hoping not to go out Afghan-wedding style?

Your Comics Curmudgeon would rather eat razor blades than watch video of husband-wife political candidate interviews for network morning news shows, so we're just going with the transcript on this one, but apparently there's a secret Obama Administration memo about murdering Mitt Romney?

In August, some Democratic strategists let leak to the press that Obama's top aides were looking at a massive character takedown of Romney in light of a deterring economy; "kill Romney" was a phrase used by one. "That was their memo that came out from their campaign," Ann Romney said. "And it's like, 'not when I'm next to him you better not."

What other superpowers does Ann Romney have, in addition to missile deflection? Well, there's also her ability to find her husband "approachable."

Ann Romney said it's all part of a plan to portray her husband "in a light that is just completely wrong... they don't get him at all." Pressed by Crawford on what qualities in her husband she sees most misrepresented, she said, that "he's not as approachable as I am or something like that. That's like, really kind of funny to me because it's all - it's all backwards."

Is there not something terribly creepy about that last bit of Mitt reassurance? "Some day, in time, America will come to love me," says Mitt, the way a not unkindly king in days of old would assure a beautiful foreign princess that eventually she will find her arranged marriage to his lout of a son and heir bearable.

Anyway, the only reason that Ann is allowing Mitt to run at all is because he gave her his personal promise that he would fix the economy for everyone:

"It was that question on the economy," her son, Josh, said. "She asked him, 'Will you turn the economy around?' And he said, 'yes.'"

But even if he doesn't, things will work out OK for her because a trust she controls owns a mysterious Bermuda corporation that earned $1.9 million dollars recently, so don't worry about her too much. [CBS/AP/AP]