Another Black Man, Philando Castile, Shot Dead By Police, Because That's What Happens In America 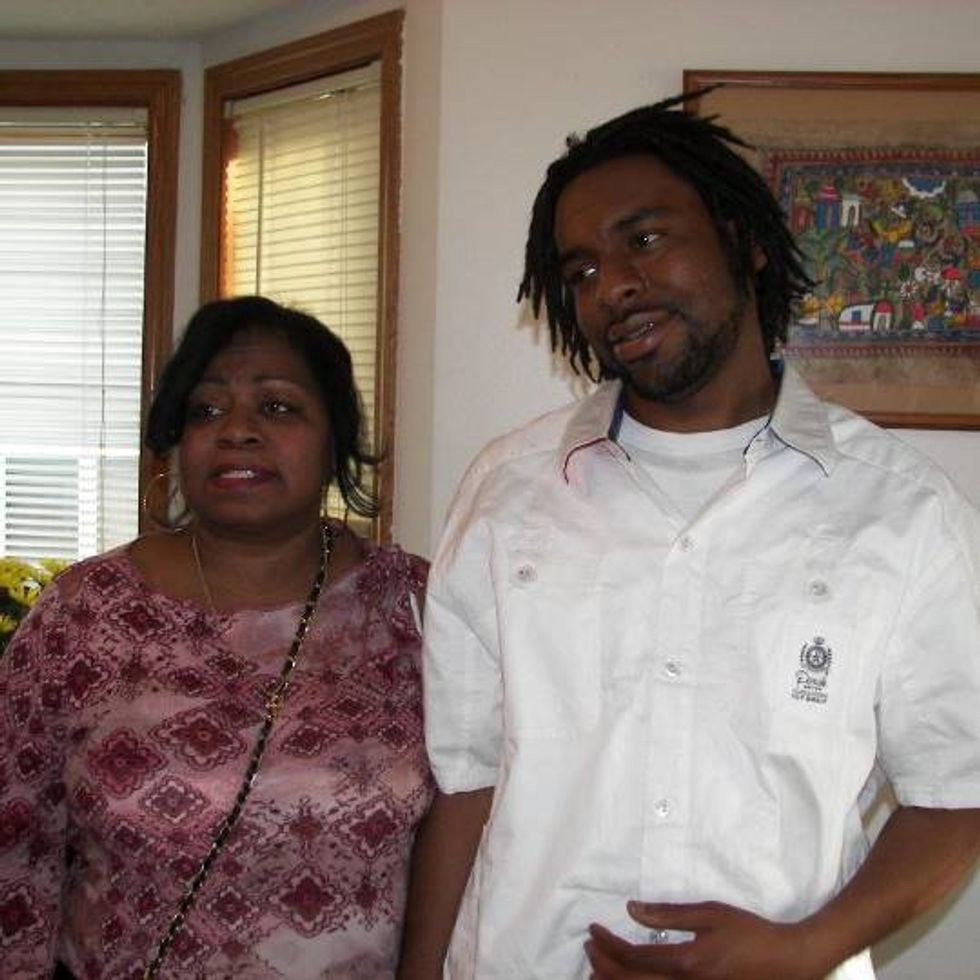 His name was Philando Castile. You can say it.

Wednesday night in America, in Falcon Heights, Minnesota, something new happened. For the first time ever, someone broadcast the aftermath of a police shooting of a black man on Facebook Live (after briefly removing it due to a "technical glitch," Facebook has allowed the graphic video to remain up). His name was Philando Castile, and you should say his name.

According to his girlfriend, Lavisha Reynolds, Castile, 32, was not an unarmed black man. To the contrary, according to his mother, he was a law-abiding, legal gun owner with a concealed carry permit. The couple, with Lavisha's young daughter in the car, had been pulled over for a broken tail-light, and Castile informed the officer he was carrying -- like responsible legal gun owners with concealed carry permits do -- and told him he was reaching for his wallet, so he could provide his driver's license. That's when the shooting began. The video, which is graphic, begins just afterward:

Castile moaned and appeared to lose consciousness as the officer could be heard in the background shouting expletives in apparent frustration.

“Ma’am, keep your hands where they are,” he shouted at Reynolds. “I told him not to reach for it! I told him to get his hands up.”

Cops have a lot of leeway when it comes to using force. Basically, if they feel "objectively threatened" in any way, they can, in the blink of an eye, open fire if they believe they, or others, are in imminent danger:

Constitutionally, "police officers are allowed to shoot under two circumstances," says criminologist David Klinger of the University of Missouri St. Louis. The first circumstance is "to protect their life or the life of another innocent party" — what departments call the "defense-of-life" standard. The second circumstance is to prevent a suspect from escaping, but only if the officer has probable cause to think the suspect poses a dangerous threat to others.

Yet in the video broadcast by Lavisha Reynolds, we see a man covered in blood in the driver's seat of the car, a man who, by Lavisha's account, was complying with the officer's orders. One wonders if it would have gone differently if Philando had been white. One wonders!

[wonkbar]<a href="http://wonkette.com/603752/black-man-in-baton-rouge-alton-sterling-becomes-hashtag"></a>[/wonkbar]We don't have video of the actual gunshots like we did with Alton Sterling and Tamir Rice. Maybe there is something we are missing.

Or maybe there isn't, and another black man has been gunned down for no apparent reason, by the people who are supposed to be the good guys.

“The key thing in order to try to survive being stopped by the police is to comply,” she told CNN. “Whatever they ask you to do, do it. Don’t say nothing. Just do whatever they want you to do. So what’s the difference in complying and you get killed anyway?

“I made sure my kids understood the difference in being law abiding, and that the police were there to help,” she added. “I never once in my life have thought that my son would actually be killed by the persons that are supposed to protect and serve him.”

We can't imagine what she's going through, or the rest of his family, or his girlfriend, Lavisha, or her young daughter, who saw everything:

The video then cuts to Reynolds sitting in the back of a squad car.

“Don’t be scared,” she tells her daughter, before addressing the camera.

“My daughter just witnessed this,” she says. “The police just shot him for no apparent reason, no reason at all.”

We said it Wednesday, and we'll say it again: Black lives fucking matter. If that simple statement is problematic for you or it makes you defensive, you need to check yourself.