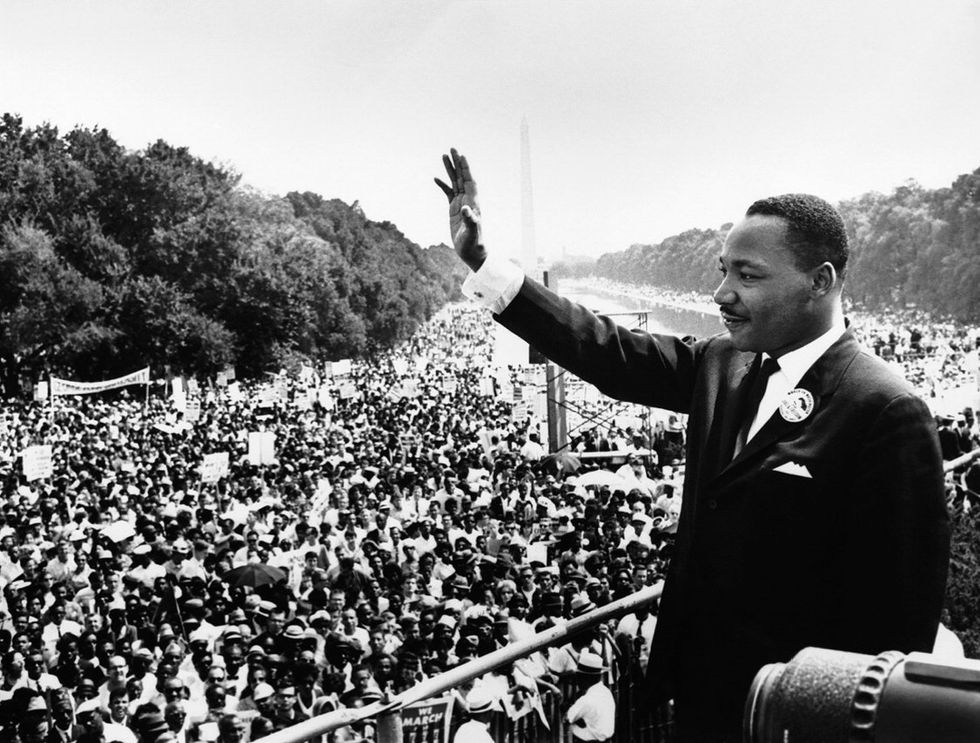 Since harassing women outside abortion clinics and sometimes bombing them and murdering doctors hasn't worked, anti-choicers have a new strategy: strike!

Project Defending Life is linking arms of solidarity with another "pro-life" organization, Operation Rescue (obligatory reminder: its senior policy adviser is an actual terrorist, you're welcome) to tell everyone who loves the unborned babies to stay home in dishonor of the anniversary of Roe v. Wade, and don't buy nothing, and also maybe they will have a sit-in at the Abortionplex lunch counter too? (Hint: Avoid the veal.)

Here's Father Stephen Imbarrato, explaining how instead of interrupting traffic and "peacefully" screaming at the ladies going to get pap smears and breast exams (and yes, some abortions, which they are allowed to do because it is legal), they want everybody to not go to work or school or shopping malls and also starve themselves, and we're not sure what the catch is here, because that sounds GREAT!

Stay home from work, avoid buying anything unnecessary and basically be on strike to end this national pre-born baby killing. Let us extend this protest, this strike beyond Roe v. Wade day on January 22 to Friday, January 23. No work, no school, no spending, just prayer and fasting to end pre-born child killing.

Unfortunately, they are also planning to do some special protests out in public, in addition to their annual March for "Life" in Washington DC, where they all gather in the cold and leave trash on the ground to nod along to some speeches from Mike Huckabee. And no, it's not clear what makes these special protests so special, since they do that every day anyway. They are always standing outside of doctors' offices instead of going to a job, and always with the praying and the sign-waving and the harassing and the making stuff up about how taxpayers foot the bill for abortions, which equals "Holocaust," like, all the time.

Isn't this little girl playing in traffic with a sign she definitely made all by herself supposed to be in school instead, learning how to nap and stuff? Ah, well, maybe she has not learned how does the calendar work yet, despite her obvious understanding of taxes, so she's a little early. Are you not persuaded, though, by her persuasive argument, which is persuasive?

Also, they will do some extra-special marching, just like anti-choice hero Martin Luther King Jr., the great conservative whose number one Dream What He Had, before he was gunned down like an abortion doctor, was to overturn Roe, even though that was not actually a thing yet? Whatever, history has a liberal bias, do not believe the lies, this is what MLK would have wanted, for sure.

All participants must commit to following the model of Dr. Martin Luther King, Jr. in their protests.

"Even if we were to be beaten, screamed at, or abused, we will not respond in kind," stated Fr. Imbarrato.

At least promising not to scream at people or abuse them is a nice for-a-change promise. Again, what's the catch here?