Anti-Obamacare Sheriff Still Hates Obamacare, Says Thank You Libtards For All The Moneys! 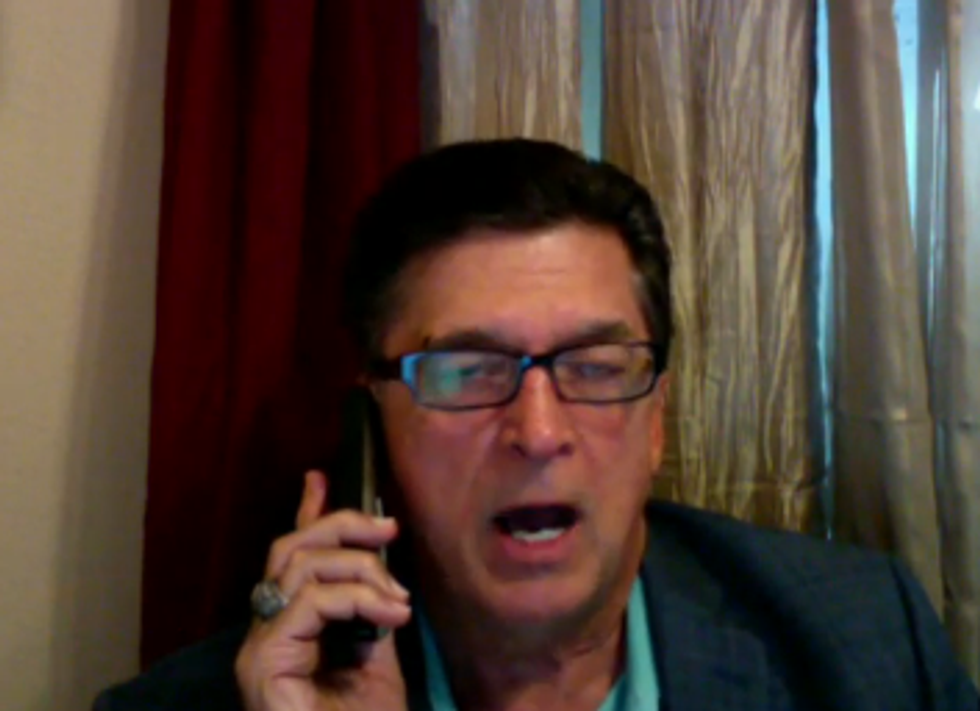 We were so excited to hear that the virulently anti-Obamacare Sheriff Richard Mack, whose ass Wonkette readers helped bail out since he has a ton of medical bills and refuses to buy insurance, was on the HuffPostLive. "Oh great," we thought, "he is going to cry and thank Wonkette and ask us to be his lord and savior, or at least name his next kitten after us, this will be beautiful."

That's not what happened.

Sheriff Mack still hates the Obamacare.  He says he does not want to be "taken care of" by Washington DC, but apparently he's fine with liberals pulling him up by his Wonkstraps. You see, he's not a government welfare queen, he is a GRASSROOTS welfare queen, big difference. He is grateful to the liberals who have sent him Hate Money, and just wow, oh boy, how nice of them, to help keep him out of bankruptcy, even this one lady who was a LESBIAN! Oh, and ZING, he states for the record that the mean libtards, having been prodded by THIS HERE MOMMYBLOG, have given him more than conservatives have. Direct quote from Sheriff Mack:

"I will say that, like I said earlier, that the wide variety and the spectrum of the complaints and the lecture, it's almost like 'Go to GoFundMe.com, help Sheriff Mack, and you can tell this conservative creep off if you just donate five dollars or more.'"

Ha ha ha that is exactly what happened, except a lot of y'all dickheads gave him a lot more than five moneys, THANKS WONKETTE.

Sheriff Mack says being FORCED to have health insurance is like the Gestapo, because those are the same, and that "socialized medicine" was never part of our Constitution, therefore it is evil. Good news, Sheriff! The ACA isn't socialized medicine, it was actually a giveaway to big insurance companies, and only Dumb People seem to think otherwise.

But wait! Ugh, weirdly, later in the interview, he states that one of the reasons he hates Obamacare seems to be that it's a giveaway to Big Pharma (so he does get that?), but that COMPLETELY conflicts with his belief that it is "socialized medicine." You see, you can't simultaneously be federalizing health insurance AND ALSO enriching the private insurers and drug companies. Those two brain thoughts, they do not go together.

Mack does say, however, that he's against the drug war and that Ferguson was mishandled by the police, so we guess he is not all bad?

Oh, and he's okay with Social Security too, because that's HIS MONEY, he wants it back!

Anyway, Sheriff Mack, buy some fucking health insurance, and if you come a-callin' again, we're going to respond by setting up our own GoFundMe to open a mobile Obamacare/abortion parlor/taco truck in your town, and you won't be allowed to come in.

[HuffPostLive via Reading Is For Snobs]