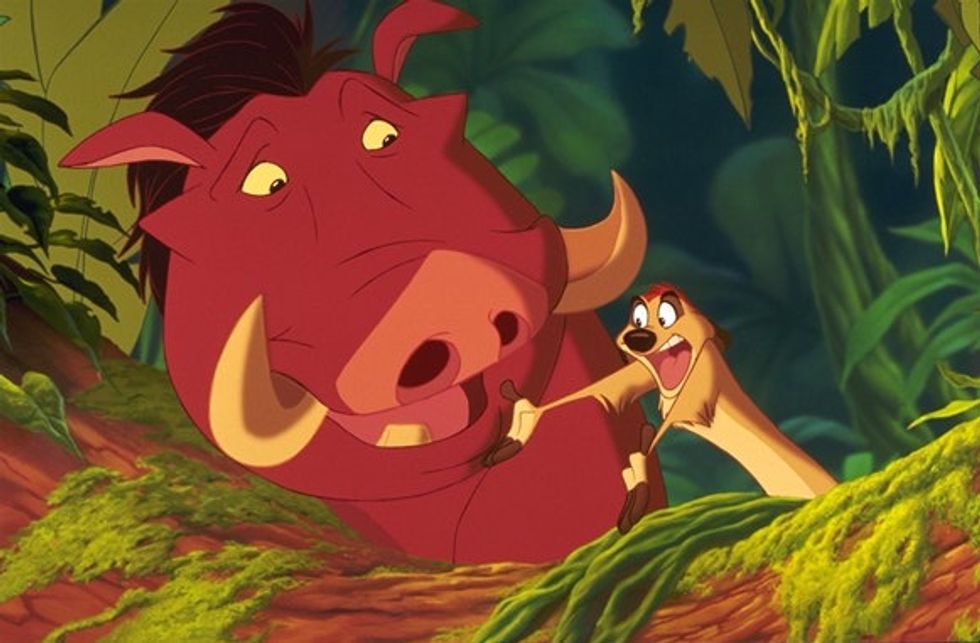 Welcome welcome, friends and frenemies. It's time for your weekly tales of flim-flammery and fakery, the Snake Oil Bulletin. We've had our fair share of idjit anti-vaxxers lately, so who are we to spoil a winning streak like that? Let's take a stroll through our archives of truly horrible anti-vaccine bullshit and marvel at the display. Simba, everything the light touches is stupid. Let's dive in.

If you are a science fan, you may have heard of Marco Arturo recently. Marco is a 12-year-old boy from Mexico whose video "Vaccines DO Cause Autism" (tongue planted firmly in cheek) has been viewed some 7.5 million times on Facebook. In it, Marco quite accurately presents all the available evidence that vaccines cause autism, and by that we mean an empty folder. If you haven't seen it, take a gander:

He even DROPS THE MIC! ¡Aaaaaaaayyyyyyyy! So awesome!

After Marco so astutely mocked the anti-vaccine movement, his fame skyrocketed across the internet, getting shared on skeptic blogs and pages all over the place, and gaining his page more than 55,000 followers.

Then came the anti-vaxxers.

Not content to destroy their own children, the anti-vaxxers decided to make it their mission to attack a 12-year-old child. As Karen Ernst revealed on The Vaccine Blog, anti-vaxxers across the internet were furious with Marco, some even accusing the kid of bullying them (how can you be bullied by an empty folder?). Refutations to Anti-Vaccine Memes included a gorgeous collage of hate directed at the 12-year-old. 'Cuz these people care so much about children, you see:

Then the attacks escalated. While most anti-vaxxers were content to retreat into their fact-free blogospheric bubbles, stick their essential oil bottles in their ears, and cry into their measles sores, others wanted to get Marco for what he'd done. Because that's what they do. Color us shocked that the people who willingly attack strangers' children with whooping cough would have no problem attacking someone else's child with doxxing.

In a follow-up post on The Vaccine Blog, Ernst revealed that Marco is now the target of a particularly virulent web quack named Levi Quackenboss. Quackenboss revealed Marco's personal information, including the names of his parents and their places of business, and did so with nary a care for their personal safety. Bizarrely, she also attacked Marco for being (wait for it) a "hoax" invented by a secret conspiracy of the Mexican government, Walgreen's Pharmacy, and human Natty Light Ashton Kutcher. Take a look at this horseshit.

Quackenboss (not her real name) claims that Marco's article was promoted by Ashton Kutcher's A Plus news site, and she is weirdly obsessed with attacking this single site specifically. Quackenboss seems to believe that Marco's entire web fame was A Plus's doing.

Quackenboss claims that A Plus, which occasionally features sponsored posts by Walgreen's Pharmacy, was behind the creation of Marco's video. Marco first posted his video to his Facebook page on May 24, and A Plus's coverage of him came out on May 30th. BUUUUUUUUT Quackenboss did some super interbuttz sleutherin' and found out that Google Search says the A Plus article was time stamped on the 24th, thus proving the insidious Walgreen's is paying off Marco to spread pro-vaccine propaganda, CHECK AND/OR MATE.

Except that Google Search is notorious for getting time stamps completely wrong. The search engine's algorithm is very easily confused by time stamps of content within the webpage rather than the webpage itself, so an article with content from the 24th will often show a May 24th time stamp on Google. It does not mean the webpage was created at that earlier time. That's an internet sleuthing sad, Levi.

Quackenboss asserts several times that Marco or his parents are connected to the Mexican government, which if you'd bothered to even watch Y Tu Mama Tambien you'd know is pretty damn common among the upper-middle class of the country (you'd also learn that teenage boys frequently have whirlwind summer romances with older women and eventually with each other because that is a weird movie).

Quackenboss also accuses Marco's parents or Marco himself of using fake names on Facebook because their names don't match each other, which is goddamn rich from Quackenboss, someone who used a pseudonym in sworn testimony before the Colorado legislature. And golly gee, Levi, I wonder why these nice people wouldn't want to use their real names when there are delightful folk such as you out there threatening to throat punch their preteen children. Truly a mystery!

What makes Levi's quest to target Marco's family so thoroughly despicable is that she is unrepentant about it. In an update posted to the doxing blog, Levi posted this na-na-na-boo-boo to all the haters who think maybe it's a smidgin unethical to post pictures of your victims' parents' Facebook pages and place of business.

{Update: for everyone crying that gathering information from public records and social media is “doxing” and illegal, you’re better off filing a class action against Radaris, US Search, ZoomInfo and Intelius– and they would provide the private Facebook page, address and phone number that I didn’t. In addition, the Mexican media printed his full real name. Educate yourselves or take your tears elsewhere.}

BECAUSE SHE CARES ABOUT THE CHILDREN.

All of Levi's attacks against Marco come after an exhausting blog post she wrote earlier in which she attempted to "educate" young Marco on the dangers of vaccines. Good going, Levi. Giving violent psychos the tools to track down your student's parents and punch them in the throat really is the best teaching method.

Speaking of anti-vaxxers caring about the chillens.

A dead gorilla is awful, but remember that time anti-vaxxers killed a bunch of meerkats?

Over the past few weeks, there seems to have been a fire sale on parenting, animal safety, and zoo maintenance degrees from the University of Facebook at Everywhere, because our entire feed has been full of people who clearly knew better than everyone in that whole gorilla incident.

Back in 2006, a 9-year-old girl climbed over the glass fence of the meerkat exhibit at the Minnesota Zoo. As often happens when a child reaches their hand into an enclosure of wild animals, one of the meerkats bit her.

The zoo took aside the girls' parents and told them there were only two possible options: either the girl could get vaccinated for rabies, or the meerkats would have to be tested for rabies. While that might not sound like a terrible choice, let us explain a few things.

First, rabies is a horrible disease. As it takes its course in a human or other animal, it causes the victim's brain to swell, leading to delusions, agitation, closing up of the throat, inability to swallow, uncontrolled violence, and paralysis. Once the disease gets to the point where symptoms are visible, the mortality rate is nearly 100%. In all of recorded research on the disease, only 10 people total who have exhibited symptoms have survived.

Second, rabies is also one of the few diseases that can be vaccinated against after the victim has been exposed. The rabies vaccine is extremely effective, which is why it's a near universal requirement for pets to go just about anywhere in the United States.

Third, the most accurate way to test for rabies in animals can only be done post-mortem. Doctors have to examine the possible victim's brain tissue and stem for rabies virus antigens, and you can't get brain biopsies like that without, y'know, killing the animal.

Those three things are necessary to understand just how fucking shitty it was what the parents chose to do. The parents of the nine-year-old girl, against the insistent advice from the Zoo and from their medical doctor, decided not to vaccinate their daughter for rabies. She had not been vaccinated before, and they refused to vaccinate her after her possible exposure. If your skull is not trying to leap out of your skin in fury at the thought of a parent knowingly risking their daughter this way, can you really claim to have a heart?

This left the zoo only one choice. Because no one knew which meerkat bit the girl, every meerkat had to be tested for rabies. In other words, all five meerkats in the exhibit had to be killed. Five teeny tiny Timons had to be murdered because some shitty human parents decided to endanger their little girl's life.

In case you were wondering, none of the meerkats had rabies.

Of course they didn't.