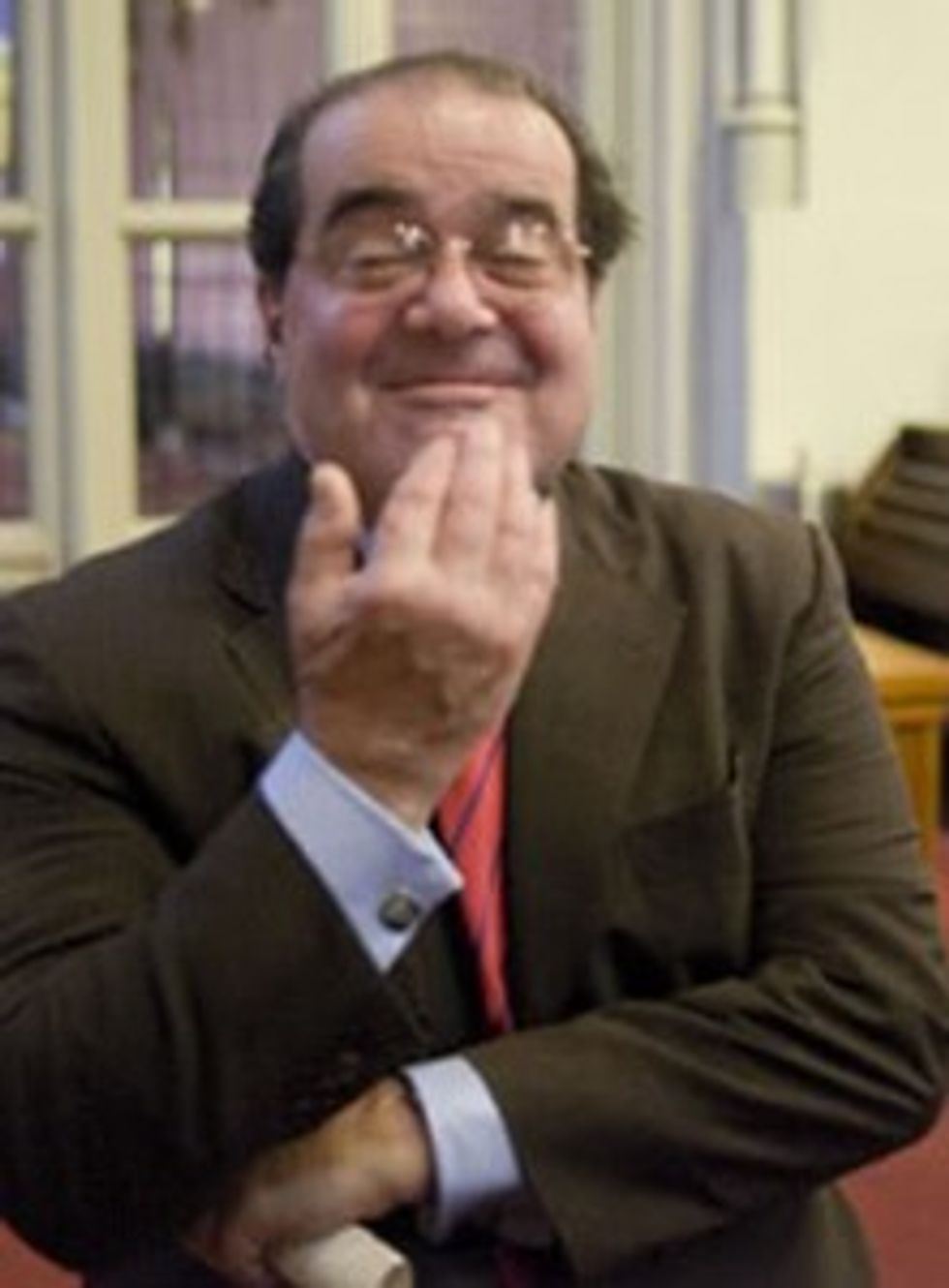 Supreme Court Justice Antonin Scalia may be anutter asshat, but at least he's occasionally a funny asshat. Take for instance the latest fuck-tussle over his equating laws against sodomy with laws against murder. Yes, that's pretty much the comparison he made. But look, it's not like he thinks they're exactly the same! He's just sayin', is all. When a gay student, Duncan Hosie, asked Scalia at a recent Princeton speech why he had compared laws banning sodomy with laws banning murder and bestiality, Scalia defended the sacred American right to dickish hyperbole:

“I don’t think it’s necessary, but I think it’s effective,” Scalia said, adding that legislative bodies can ban what they believe to be immoral.

As paid members of the Dickish Hyperbole League, we would even agree that outright bullshitting can be effective, too, although it is maybe a little unsettling to think that people's civil rights may depend on the opinion of such an enthusiastic practitioner of the art.

"It's a form of argument that I thought you would have known, which is called the 'reduction to the absurd,'" Scalia told Hosie of San Francisco during the question-and-answer period. "If we cannot have moral feelings against homosexuality, can we have it against murder? Can we have it against other things?"

Scalia said he is not equating sodomy with murder but drawing a parallel between the bans on both.

Then he deadpanned: “I’m surprised you aren’t persuaded.”

Look, we know Scalia's "originalist" beliefs about the Constitution are the worst sort of nonsense, and apart from his tendency to be an absolutist for free speech,* we think he's been a disaster on the Court. We don't even think he's right about this instance of hyperbole. But that “I’m surprised you aren’t persuaded” is snark of the first order, and should be appreciated for what it is.

But don't ask us to get in bed with the guy. You just know he thinks "Dutch ovens" are the height of hilarity.

*Though we don't really hold with his notion that corporate money is "speech."