Are You On The NYPD's List Of 'Demographic Americans'? Are You Brown? Then Yes! 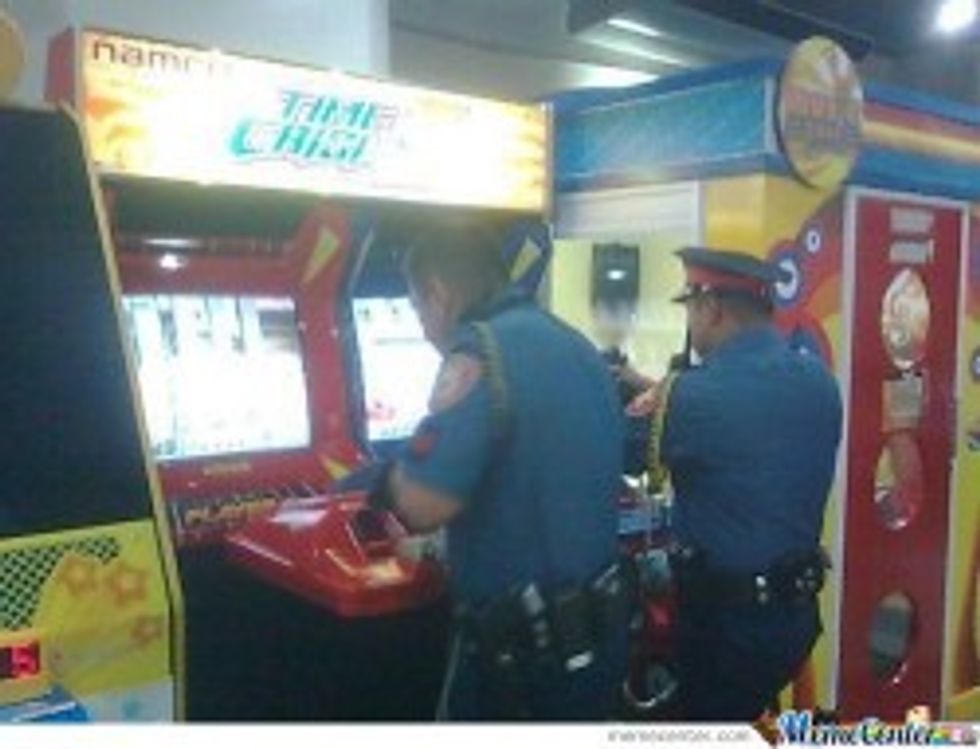 But don't worry, the NYPD/CIA officers don't spy on anyone or anything; they "just" go to mosques so they can "know what they are saying," and sometimes spend hours in halal markets, bookstores, barbershops, gyms, and restaurants, writing down detailed logs of conversations wherein participants express concern about drone strike frequency in Pakistan, for example, or the ongoing occupation of Afghanistan.

What? Using the CIA to spy on Americans is illegal, you say?  And targeting Americans based on their ethnic or racial characteristics violates the 14th Amendment?

First of all, you have a pre-9/11 mindset. And second, they aren't spying on regular Americans, they are spying on demographic Americans, who are probably up to no good anyways. This is why it is TOTALLY not like when the NYPD had a "black desk" in the '60s to spy on African Americans:

“A mosque is different than a church or a temple,” said a former senior NYPD official involved in the effort. “It plays a bigger role in society and its day-to-day activities. They pray five times a day. They’re there all the time. If something bad is going to happen, they’re going to hear about it in the mosques. It’s not as sinister as it sounds. We’re just going into the mosques. We just want to know what they’re saying.”

Did the Demographics Unit ever actually catch a terrorist? No, but they MIGHT, so it must be ok.

Also, sometimes Demographics Unit detectives would hang out at, say, a park watching a bunch of people play a pickup soccer match, writing down the names, ethnicities, and political affiliations of everyone present to make sure those people never accidentally ended up on some list somewhere, that's how nice these guys were.

“At the very least, we can eliminate [random Americans whose movements were being tracked and documented] from our list if he’s not a terrorist,” [Demographics Unit Supervisor Hector] Berdecia told his men. “And we can find out who the terrorists are. And that’s your job.”

The truth, though, was that raking didn’t eliminate anybody from a list. It just expanded the NYPD’s files. One Brooklyn business that the NYPD labeled a Bangladeshi hot spot, for instance, was a restaurant named Jhinuk. The list of “alleged [potentially terrorist] activities” included being a “popular location for political activities” and attracting a “devout crowd.”

See, so no big deal, nothing to see here: just lists of people who shouldn't accidentally end up on a list (along with detailed notes about conversations they'd participated in, political views, ethnic background, level of observed devotion to Islam, and political activities, just in case), and detailed notes of conversations that take place in mosques, which are not like churches or temples, because people pray five times a day in there, and not one.

We should all be so lucky to have a Demographics Unit in our respective towns, making lists of people who don't belong on lists! We would be so, so much safer!