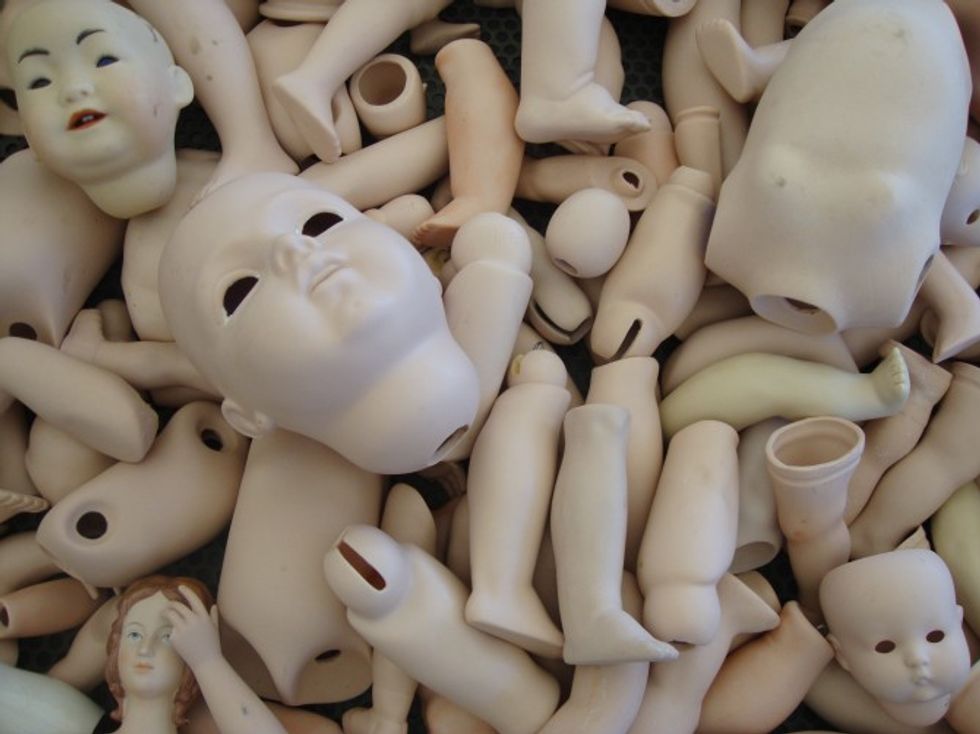 Ever vigilant in its quest to at least try to keep up with Texas and Florida in the endless "Dumbest Laws Ever" competition, Arizona is planning to ban the sale of fetal tissue, which is already illegal, but now will become super-duper-extra-illegal thanks to that dumb bullshit "undercover video" of a Planned Parenthood lady selling aborted babby parts, except for how it shows no such thing. Still, Arizona Gov. Doug Ducey was super upset about all the abortions-for-hire that are taking place in the fevered imaginations of his anti-choice constituency, so he's going to make sure that Arizona puts a stop to this horror that isn't actually occurring. No word yet on whether Ducey also plans to ban women from picking men up in bars, slipping something into their drinks, then leaving them to wake up in a hotel bathtub full of ice, with both their kidneys stolen!!!

Ducey released a horrified statement Monday condemning the nonexistent trade in babby-parts for profit, and demanding that it be stopped:

The footage released by The Center for Medical Progress regarding the alleged sale and trafficking of aborted fetal tissue and body parts by Planned Parenthood is horrifying and has no place in a civilized society. I am calling on the Department of Health Services to conduct a thorough review of the law and immediately promulgate emergency rules designed to prohibit the illegal sale of any tissue from an unborn child.

This is consistent with federal law and will deter action that we all agree is abhorrent.

Yes, Ducey's own statement is calling for rules to ban something that the statement already acknowledges is illegal, but that he thinks might be happening because he does not read Wonkette. Or any of the other multiple debunkings of the allegations made in the video.

Obviously, Ducey's distress and call for "emergency rules" to stop all the baby-parts auctions are based on the heavily edited nine-minute version of the video, in which Dr. Deborah Nucatola, senior director of medical services for Planned Parenthood Federation of America, appears to discuss harvesting fetal tissues and selling them for a profit -- not the full three-hour version, in which Nucatola makes it plain that some patients choose to donate fetal tissue for research purposes, which is legal, and that Planned Parenthood only asks research labs to reimburse the costs of storing and shipping the tissues, which is also legal.

Arizona Republic columnist E.J. Montini noted that Ducey had the opportunity to respond to the video's claims "in a manner that was principled and conscientious, and following the long tradition of Arizona politicians, he blew it."

As Montini points out:

There is no evidence of the sale of fetal tissue in Arizona.

And if there was evidence of such a thing, as Ducey notes, it is already illegal.

So all that the governor did is grandstand. Pander to the folks at the anti-abortion Center for Arizona Policy as payback for their support in the election.

What's more, Bryan Howard, the president and CEO of Planned Parenthood Arizona, told Montini that the organization doesn't even have a tissue donation program in Arizona, much less an underground market in fetal fillets.

Thank goodness, with the promulgation of these new rules, Gov. Ducey the small-government conservative will make those illegal practices that aren't happening not happen a lot harder, and enforce their nonexistence much more strictly.

Then he's going to go after those gangs that initiate new members by flashing their high beams at other drivers, murdering anyone who flashes them back.