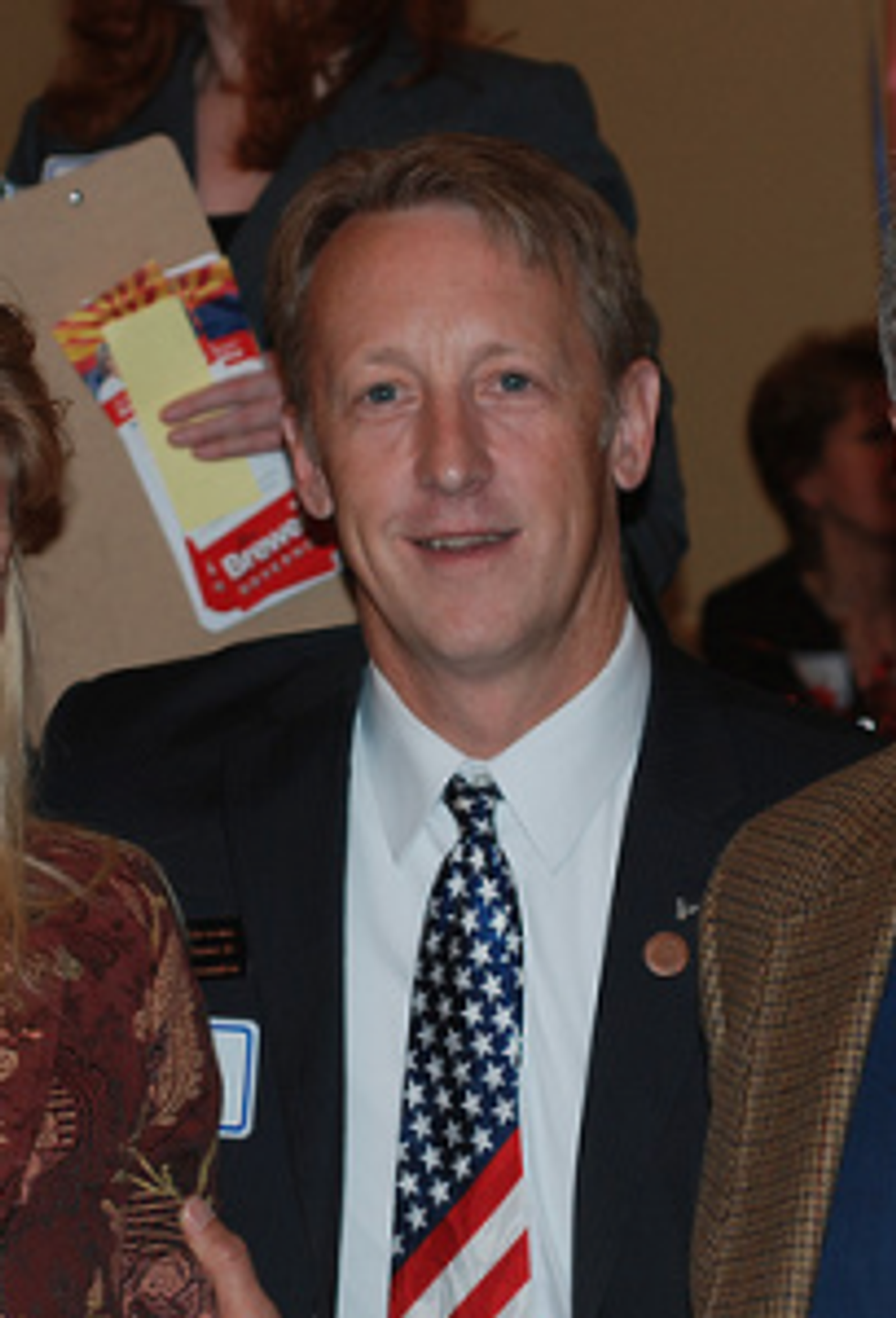 On Thursday, in the revolutionary desert of this nation, an Arizona lawmaker by the name of David Stevens, a Republican representing Sierra Vista, refused to support a highway bill that would fund the creation of a new highway from Phoenix to Las Vegas (nay, may all roads lead there!) -- not because of the gambling and the free watered-down drinks and the boobies, but because of CANADA! The beautiful country with the population the size of California gets blamed for everything. Stevens, who clearly knows what he wants and proclaims it on his neckties, says that this bill is just a gateway to Canada. It's true, there is basically a "Canamex highway" that leads from Nogales, on the Mexican border, to wherever on the Canadian border, and this proposed I-11 is the missing link. But according to Stevens, it is also the last piece of a puzzle called, let's say, the New North American Order, in which the United States and Canada join as one, under one god and currency! "You may have heard the term 'Amero'..." Stevens recently told his colleagues. WE HAVE NOT. WHAT IT IS?

Stevens' argument, which we get in appropriately tipsy-sounding fits and starts courtesy of the Arizona Star:

There's been an attempt over the years to build what's called the Canamex Highway...

There are people at this point who want to try to make North America one country...

Apparently the "Amero" is a conspiratorially fake currency that would be like the Euro, except for the U.S. and Canada (Canadians would never go for it!! The exchange rate right now is too hilariously great!) Stevens is convinced that Arizona's I-11 is the only thing standing in the way of some kind of joint conciliatory government run by Mitt Romney and Stephen Harper OH CHRIST NO WE DID NOT JUST SAY THAT.

I am a member of the United States of America. I do not want to be a member of a North American country.

If you go back in history and see the other highways they've tried (to connect the countries), you see what happens.

Hmm yes. Spaniards are able to travel to France for vacation. And the French to Switzerland. And the Hungarians to Slovakia. Truly awful.

Stevens wisely pointed to Texas as an example of a state that has proudly fought back against similar legislation. Stevens' relatively less paranoid (but still batshit) colleagues did not agree with Stevens about this in the least, Texas reference notwithstanding, and on Thursday Governor Jan Brewer, by all accounts a reasonable person, signed the bill into law, so that people who get lost on the way to/from Las Vegas may end up in Phoenix and bring some accidental "commerce" to Arizona. Canada, you're safe for now! [Arizona Daily Star]