Arizona Passes Bill Allowing Guns In Public Buildings, And Why Ever Not? 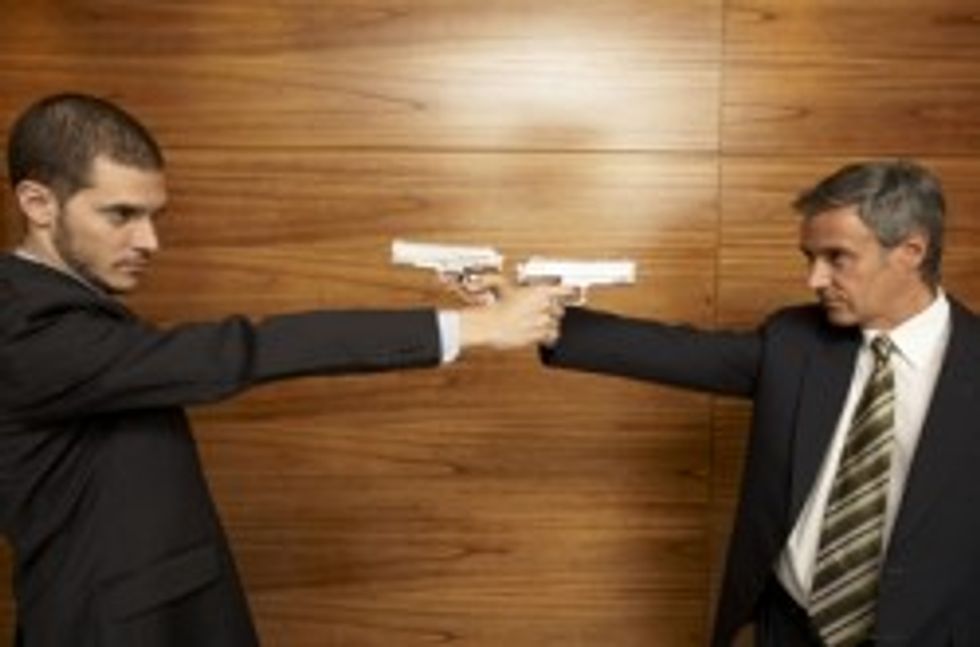 Arizona knows what is important, what is crucial to a functioning society, and one of those things is allowing Americans to exercise their second amendment rights just about everywhere, including public buildings, where people sometimes go when they are angry or mentally ill and kill their co-workers or strangers, but never mind. In the off chance that this does happen, now every Arizona stranger/co-worker could theoretically be THERE ready to shoot with his own personal death-maker. "I got this," these aspiring Corey Bookers will be heard saying to trained police officers. Oddly, Arizona's new law, which just passed, also "adds the requirement of having armed guards and metal detectors" -- presumably in every public building in all of Arizona -- which is totally cheap and no problem at all for this moneybags state. Meanwhile, over in Oklahoma, lawmakers are discussion the right to the "open carry" of arms as it pertains to...wild turkeys.

In his defense of the Arizona law, one Senator Al Melvin says, in so many words, that guns bring out our natural animalistic tendencies. Because we are animals. Melvin says society consists of "the unarmed sheep, armed sheep dogs -- and the wolves who are the bad guys." Yes, thanks for clarifying that wolves represent bad guys. Melvin, blitheringly:

It takes sheep dogs to protect the sheep from the wolves. And the more of us that have concealed weapon permits and take advantage of it, and with this type of legislation, we have a safer society.

Another Senator, Steve Smith, essentially scoffs at the whole THIS WILL COST MILLIONS part of the equation. "As far as I'm concerned, there is no cost too high to protect my constitutional rights," he said. Which, oh god, if only Mitt Romney would talk like this, he would be sure(r) to lose in November.

Meanwhile, over in Oklahoma, TURKEYS. Wild turkeys are threatening the human animals, and the human animals who have gun permits would like permission to display the weapons that they carry with them just about everywhere. Partly so that the wild turkeys running rampant across the state will SEE the threat of death holstered upon the humans and promptly trot away. Defendants of a new "open carry" bill, including Tim Gillespie, who is president of some gun club or something, says "we live in a dangerous world."

Senator Ralph Shortey, Republican, and the guy behind the "ban aborted fetuses in food" bill, supports this bill and also argues that people in Oklahoma shouldn't necessary even need a gun permit, let alone be legally required to conceal their weapons, because, time for Nostalgic Congressional Storytime: