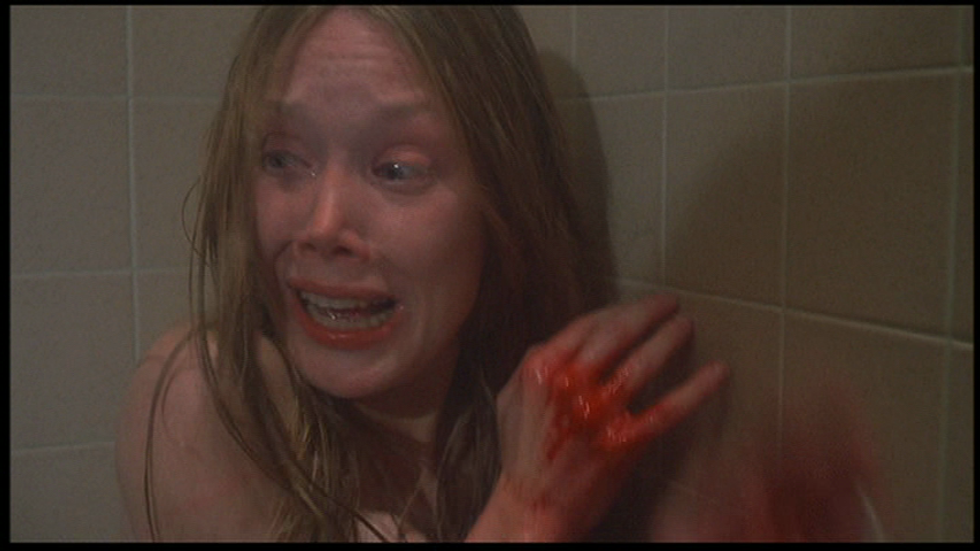 In Arizona state prisons, menstruating female inmates get a total of twelve (12) ultra-thin (ultra-thin!) sanitary pads a month. Unlike most other prisons, if they need more pads or need tampons, they must buy them themselves. A new pack of maxi pads costs $3.20 -- which, working at 15 cents an hour, takes them 21 hours of work to afford. A pack of tampons costs $3.99 and requires 27 hours of work. And if they run out of pads during their period or bleed through them and stain their uniforms, they get in trouble, lose their visitation rights and their ability to buy things from the commissary -- like more tampons or pads.

Some people think this is maybe not the best system?

A new bill in Arizona, introduced by Rep. Athena Salman (D-Tempe), would provide female inmates unlimited access to pads, tampons, cups and sponges and other feminine hygiene products. Which seems like a very normal thing to do. The sane thing to do, really. Far more sane than not giving them these products and punishing them for bleeding through an ultra-thin maxi pad.

For those in the audience who don't menstruate, let me tell you -- if you have anything but some kind of delicate fairy flow, an ultra-thin maxi pad is probably only going to last you about an hour. A period can last about 2-7 days, with the average being about five. Twelve ultra-thin pads are not going to do it for anyone. Except fairies, maybe.

The stories told by former inmates during the hearing were appalling.

Former inmate Tuesday Brower said she usually wore two or three pads stacked on top of each other every day while she worked a yard-crew job so that she wouldn't stain her pants.

"I would take the pad apart and make three tampons because it would hold better at work and I have received a ticket before for contraband because you’re not allowed to do that," she said.

[Adrienne] Kitcheyan said if blood stained a prisoner's pants, she would be given a ticket for being out of dress code, which could result in her losing visitation rights, phone calls and the ability to purchase store items — including tampons and pads.

Sue Ellen Allen, who served seven years in Perryville, said officers can and do deny requests for more pads.

"The humiliation is really something you carry with you forever," she said.

To cover the cost of the additional products, Rep. Salman estimated that they would need approximately $80,000 allocated to the Department of Corrections for this purpose, a number she arrived at based on the fact that they have twice as many female prisoners as Colorado, which has a similar program and spends $40,000 a year.

One would think that this would not really be the kind of bill that anyone would oppose. Menstruation products are an obvious necessity and you can't just not have them.

Alas, many of the men on the (of course) all-male House Military, Veterans and Regulatory Affairs Committee hearing the bill were not particularly thrilled to be hearing it at all. Because ew, periods.

Rep. Anthony Kern, R-Glendale, said giving prisoners more feminine-hygiene products would likely result in "a lot of frivolous actions" such as women flushing them to try to clog a toilet. [...]

"I’m almost sorry I heard the bill," said Lawrence, the committee chairman. "I didn’t expect to hear pads and tampons and the problems of periods."

Oh, that poor, delicate creature and his virgin ears! How terrible for him! Here is his Facebook page should you want to comfort him in his time of trauma. Definitely don't tell him all about your period though!

Thankfully, however, the bill passed committee due to the fact that the majority of men sitting on it were not as fragile as Rep. Jay Lawrence.

After more than an hour and a half of testimony, Democratic state Reps. Richard Andrade, Eric Descheenie, Diego Espinoza and Ray Martinez and Republican Rep. Noel Campbell voted in favor of the bill.

"To all the women out there who have been embarrassed and humiliated ... we need to apologize," Campbell said, although he called it "another feel-good bill" he would support in the future only with changes to its language.

Rep. Eric Descheenie, D-Chinle, was more sympathetic in his comments on the bill. “It sounds like we’re clearly harming people even more when we humiliate people on levels that no man can understand,” he said. “None of us will ever understand what that feels like and how that will affect someone.

Sing it out, Rep. Eric Descheenie!

Although really, this should not be a difficult thing to empathize with. Surely one can think to themselves "Well, if I bled for a week each month, what would I want to see done here?" It's not actually that hard. I would assume that if Rep. Jay Lawrence menstruated, even he would probably want some fucking tampons.

Your Wonkette is womyn-owned and has a HEAVY FLOW. Keep us in maxipads (and servers, and booze, and writers) FOR EVER.