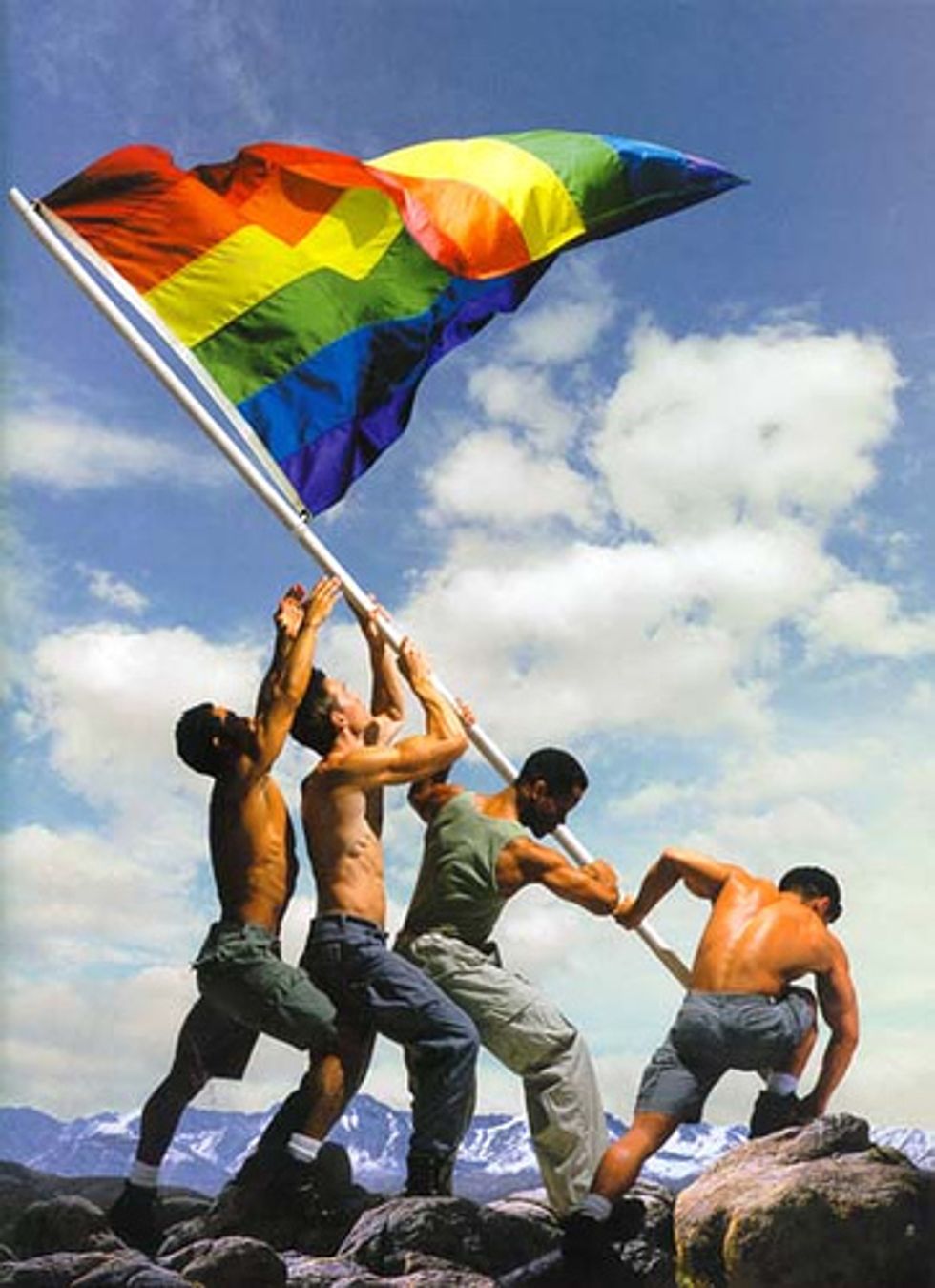 You remember all the Bible stories about Jesus hating on the lepers and ostracizing the prostitutes and generally being mean to people not like Him? He was constantly a Divine Dick to all manners of people considered ‘sinners,’ because that’s what religion is all about.

The Arizona state legislature has taken those religious lessons to heart and crafted a wonderful bill (SB 1062) that would allow restaurants & businesses to refuse service to gays and anyone else they don’t want to because of their “religious beliefs.” The bill awaits the signature of Gov. Jan Brewer, and no one knows if she will sign or veto. However, it looks like some Republicans are willing to slap religious liberty in the face with their Senator-sized balls:

While Senators Flake and McCain have yet to elaborate on their opposition to religion, we can speculate on some reasons. Could it be that they are gay lovers? Possibly. Perhaps they have the Proverbial One Gay FriendTM. But more likely it’s this, from Raw Story:

“We have already lost untold amounts of tax dollars due to the negative perception that this legislation attaches to our state’s image, and the bill hasn’t even been signed into law yet,” she [Kristin Jarnagin, vice president of the Arizona Lodging and Tourism Association] said. Her organization wants Brewer to veto the measure, “so that we can put this behind us swiftly and continue the business of welcoming visitors to Arizona.”

And it appears that there is at least one state legislator who voted for the bigoted bill and has since had a flee-from-Jesus moment:

“I screwed up,” he told Capitol Media Services. “I’m trying to make it right.”

Nothing like national public outcry and the loss of tax dollars to make this Republican have a change of heart. Maybe he was recently visited by the Rainbow Ghosts of Buttsex Past, Present, & Future and will now carry the spirit of Stonewall in his heart all the year long? Let’s hope that’s the case.

However, there are still those who claim that discriminating against things they find Ewwww is their literal god-given right:

Cathi Herrod, president of the Center for Arizona Policy and designer of the legislation, is trying [to] convince Brewer to ignore the critics. Herrod is attacking the foes of the legislation at [sic] foes whom she says, “have hijacked this discussion through lies, personal attacks and irresponsible reporting.”

“Simply put, the fear-mongering from opponents is unrelated to the language of the bill, and proves that hostility towards people of faith is very real,” she wrote in an email to supporters.

No, you fucking waste of skin, there is no general hostility toward religion. Just hostility toward hate-mongering bigotry wrapped in a thin veneer of imaginary victimization and the self-righteous bastardization of religion.

We hope Jan Brewer is taking her meds and decides to veto the bill. If not, we encourage a full and complete boycott of Arizona, unless it is the last place on earth to get whiskey because let’s be practical.