Arizona Tea Party Hero Rep. Thinks All This Congressional Chaos Is A Blast! 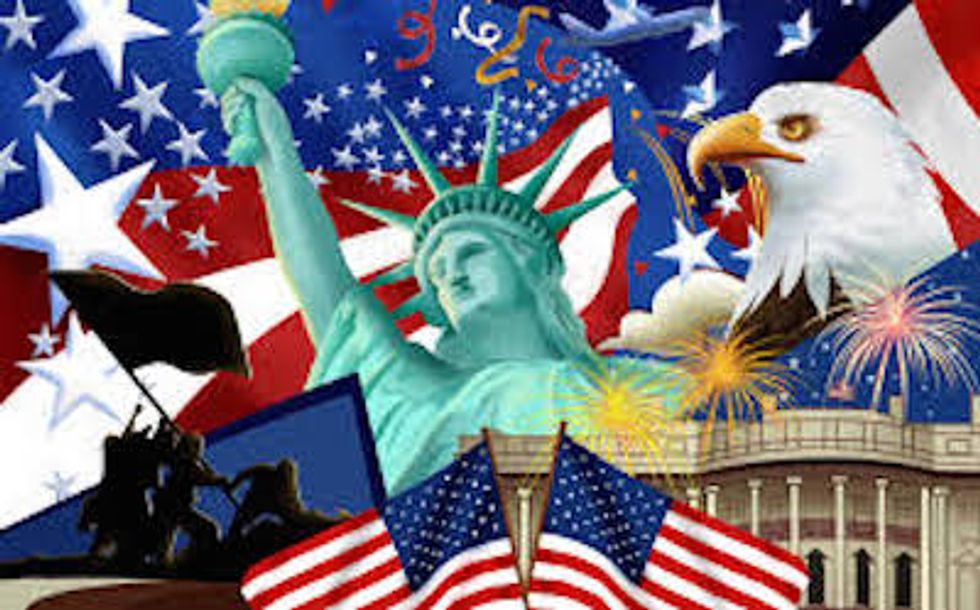 The fun's just getting started!

With the Republican Party in COMPLETE DISARRAY, it's nice to know that at least one guy is having himself a ball! Arizona Rep. David Schweikert sponsored that whackadoodle Secret Science Reform Act of 2014, to allow tinfoil hat-wearing internet trolls their constitutional right to "peer review" the government's scientific studies. So, ya know, nuts. But he's also a co-founder of the uber-wingnutty-extra-conservative House Freedom Caucus -- those nihilists who are always threatening to shut down the government to make Principled Points about what asshole nihilists they are -- so, ya know, really nuts.

Schweikert spoke with NPR's Renee Montagne Friday morning to explain why, chuckle chuckle ha ha, it's still all good, everyone, no reason to panic. Asked whether it's true that Congress is in "chaos" -- and yes, of course it's true, because Speaker John Boehner is resigning; his expected replacement, House Majority Leader Kevin McCarthy, suddenly withdrew his name on Thursday, maybe because SEX SCANDAL; and Republican House members were literally crying in the cloakroom because they do not know what the eff to make of all this chaos -- Schweikert says:

No! This may be a little uncomfortable for many, but it's been fascinating watching the number of reporters running around Capitol Hill that I've never seen before!

Well, as long as the congressman is entertained, guess that's what matters!

The House is still plodding along, doing its work. We have a couple big votes on the floor today. So the mechanics are still working.

Buddy, the mechanics of the House haven't been working since Republicans decided “governing” means forcing the nation to the brink of collapse every few months over budgetary fights and occasionally jeopardizing national security by refusing to fund homeland security, for extra funsies.

Schweikert and his Freedom Caucus announced that McCarthy was far too establishment for their taste, and they were supporting Florida Rep. Daniel Webster for the gig because, according to Schweikert, unlike all those RINO party leaders, Webster will give everyone a fair shot at introducing and debating amendments that will never become law, as Boehner tried repeatedly, and failed repeatedly, to explain. See, when the Senate Democrats say "Nope!" and the president says, "I'm going to veto the shit out of that bill if you even think of putting it near my desk," it's time to move on. Especially when the clock is ticking, and the government is about to run out of money and shut down unless they do their jobs.

But Schweikert and Webster and those guys? They're from the "Fuck you, America" wing of the Republican Party, and they do not care, they will burn it down, burn it ALL DOWN, if they don't get their way. And they want a leader who will light the match himself.

Besides, says Schweikert, "Think of this: Daniel Webster, if you look at his ratings, is actually a very moderate gentleman."

And then there's this:

He also has a decades-long affiliation with the Institute in Basic Life Principles, the controversial ministry whose founder, Bill Gothard, resigned last year after more than 30 women accused him of sexual harassment.

If those names sound vaguely familiar to you, they should. Gothard's the guy whose religious homeschooling lessons the Duggar family strictly follows. Important lessons like how if your son finger-rapes his kid sisters, it's their fault for being TOO SEXY to resist, and if your family suffers such a moral tragedy, just make all the kids pray to Jesus extra hard and be sure to blame the girls for making their brother want them so bad.

And Webster, the "moderate," is a big fan of these lessons too:

In a 2003 speech at an IBLP conference, “Discover the True Qualities of Leadership,” Webster boasted of how he diligently conducts both his private and public life according to the “commitments” he made to the principles he learned at IBLP seminars.

Definitely the kind of guy you want to be second in line to the presidency, right?

So does Schweikert have an answer to the Most Important Question of all, the one no Republicans seem to be able to answer: WHAT THE FUCK HAPPENS NEXT?

Great question! This is where I believe the reporting has been willfully inadequate. It is not, for many of us, about the individual. It is about who will embrace the reforms. If Paul [Ryan] will embrace the reforms, I believe he'll get our votes. If another member, who will say, “These are the changes that will open it up so every member, from the right to the left, to the reformers" — cuz much of this is really reform versus establishment.

Right. The “reformers” are the reasonable ones, and it's the “establishment” who's so extreme, it won't even allow the “reformers” to impeach the president and everyone in his administration! Or destroy the American economy by refusing to raise the debt ceiling! Or holding the entire government hostage over defunding Planned Parenthood! Yeah, those guys are nuts. It's Schweikert and his Freedom Caucus friends who are just trying to legislate, like good little legislators.

And while some of his friends might be shitting their pants and weeping their tears, not Schweikert. Nope. As he tells Montagne when she thanks him for taking five minutes out of his day to try to make sense of WHAT THE FUCK ARE YOU GUYS DOING?, he tells her, “This is my idea of fun.” As long as he's having a good time. Guess that's what really matters.