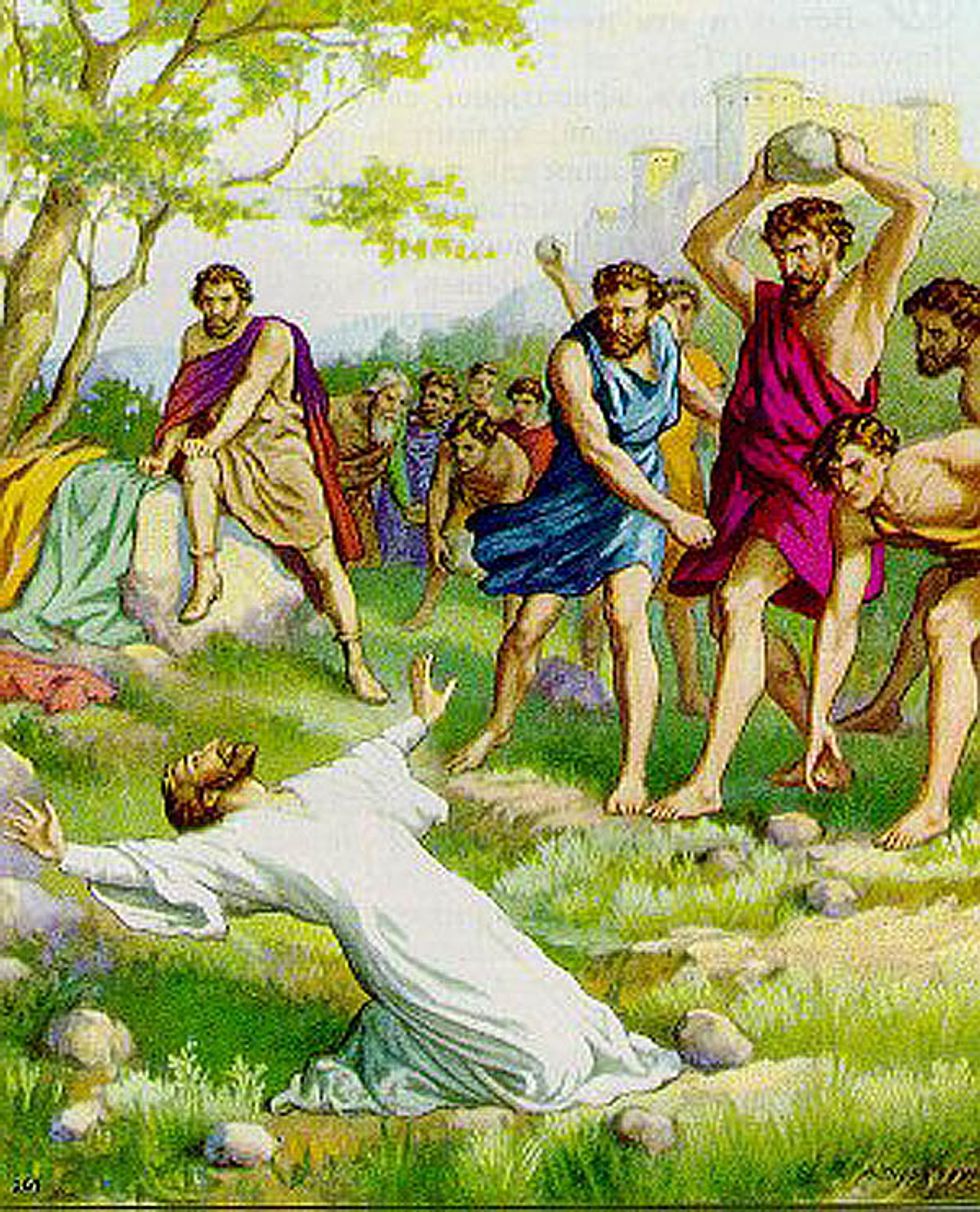 As our federal government is slowly consumed by the Dumpster Fire Administration, let us all say an extra prayer of thanksgiving for our state judicial systems, protecting the nation's morality and answering that most important question: Who Would Jesus Kill?

Texans, apparently. And Oklahomans. And people from Delaware??? Go figure.

Unfortunately, Jesus was pretty quiet on the actual mechanism for making sinners dead. The Old Timey Jewish Bible is big on stoning, but sissy Liberals would probably whine about OSHA violations or whatever. So, we must rely on America's prison wardens to answer that second most important question: How Would Jesus Kill People?

Apparently, Jesus favors injecting a drug cocktail of one part anesthetic, to render the sinner unconscious, plus one part paralytic, to stop him climbing off the table, followed by a potassium chloride chaser to stop his heart.

Because doctors have some BS rule about not killing people, Jail Men have developed their own, secret execution sauces. But most wardens have no more medical training than a witch doctor, so their homebrew poison cocktails don't always get people 100% dead.

FUN FACT: The paralytic drug's only function is to hold the prisoner still so he won't upset us by struggling or showing pain. Having your heart stopped by potassium chloride is horribly painful. But even if Boss Hogg screws up the anesthetic, the prisoner is paralyzed, so it still looks like he's just peacefully falling asleep. SO CIVILIZED!

Unfortunately, you can't just get all your lethal injection supplies down at WalMart. Big Government is downright neurotic about just who can sell sodium thiopental, the barbiturate used as the anesthetic for executions. Like OxyCodone, barbiturates are Schedule II Controlled Substances, meaning that they have medical uses, but are highly addictive and vulnerable to improper use and distribution. Only medical providers licensed by the DEA can prescribe them.

In fact, no US company has been licensed to dispense sodium thiopental since 2010, when the lone supplier was shut down for selling contaminated drugs. Which left these prison wardens in quite a supply chain pickle! Some states have even had to delay or even halt executions because they can't get sodium thiopental. UNJUST!!!

Time for these prison wardens to get crafty!

European drug suppliers either refuse to ship barbiturates to death penalty states, or are prohibited by their own countries' laws from doing so. But after the millionth spam email hawking Viagra, wardens in Texas and Arizona had A IDEA! They went online and ordered up tens of thousands of dollars worth of Make-Em-Dead drugs from India! Back in business, boys!

The FDA confiscated their stash at the border. Apparently, you can't just bulk order Schedule II drugs from an unlicensed overseas pharmacy for a non-medical purpose.

Texas grumbled a bit, then wisely shut the hell up and sorted out their problems behind closed doors. But Arizona was NOT TAKING THIS LYING DOWN.

They'd already had to halt executions after their special barbiturate-free cocktail took 15 doses to work in 2014. And they were SO MAD that the FDA confiscated their $27,000 worth of sodium thiopental. At less than $40 a dose, that would have kept them killing people for years! How the hell can you run a state without making corpses? IT CAN'T BE DONE!

Well! The Arizona Department of Corrections put on their thinking caps, and they just came up with the craftiest plan ever. MAKE THE PRISONERS SUPPLY THEIR OWN KILL DRUGS!

Spoiler: No, it will not work.

Arizona's death row is now BYOD! So, if a death row inmate's lawyer can find some Schedule II drugs and bring them to prison, the State of Arizona will happily shoot them into her client's veins until he is dead. And if the lawyer fails to bring these drugs, the execution will probably be postponed indefinitely.

I think I remember this scenario from the bar exam. The question was, "If the lawyer is dumb enough to take the Arizona DOC up on its offer, what crimes will she be charged with, on what grounds will she be disbarred, and by how much will the settlement exceed her malpractice coverage? "

It's been a while, but maybe...Possession of a Controlled Dangerous Substance (CDS), Possession of CDS with Intent to Distribute, Distribution of CDS, Conspiracy to Distribute CDS, Unlicensed Practice of Medicine, Dereliction of Duty to Client, Failure of Diligence to Client, Conflict of Interest, and $3,837,000.

Holy Fuck! Did the Arizona DOC think that they could deputize lawyers to be their drug connect? Defense lawyers would spend years fighting execution, but would happily help the State to Roofie their clients to death? Does the Arizona DOC ever consult with lawyers before publishing State policy?

Okay, that last one was a trick question. Clearly Deputy Dawg the Draftsman never showed this to anyone before running down to Kinkos and printing off his masterpiece. Because even a non-lawyer can tell you this crap is TOTALLY ILLEGAL and guaranteed to land your state on the front page of the Washington Post's Shit That Happens In Flyoverland section.

"This protocol has a feel of desperation to it, that rather than looking for a reasonable alternative … Arizona instead is attempting to enlist the prisoner and his lawyer to do the state’s job,” he said. “It’s not the type of proposal that instills confidence in the trustworthiness of the state.”

So, to summarize... Arizona's DOC is now a laughingstock and doesn't even have any corpses to show for it. Texas has solved its supply chain problem somehow and is knee-deep in bodies. United States Criminal Justice system still regarded as barbaric by Western Europe. Trump Presidency still a dumpster fire.