Arkansas Blubbering With Fear Over Mexican ISIS Cartels, But In Very Manly Way 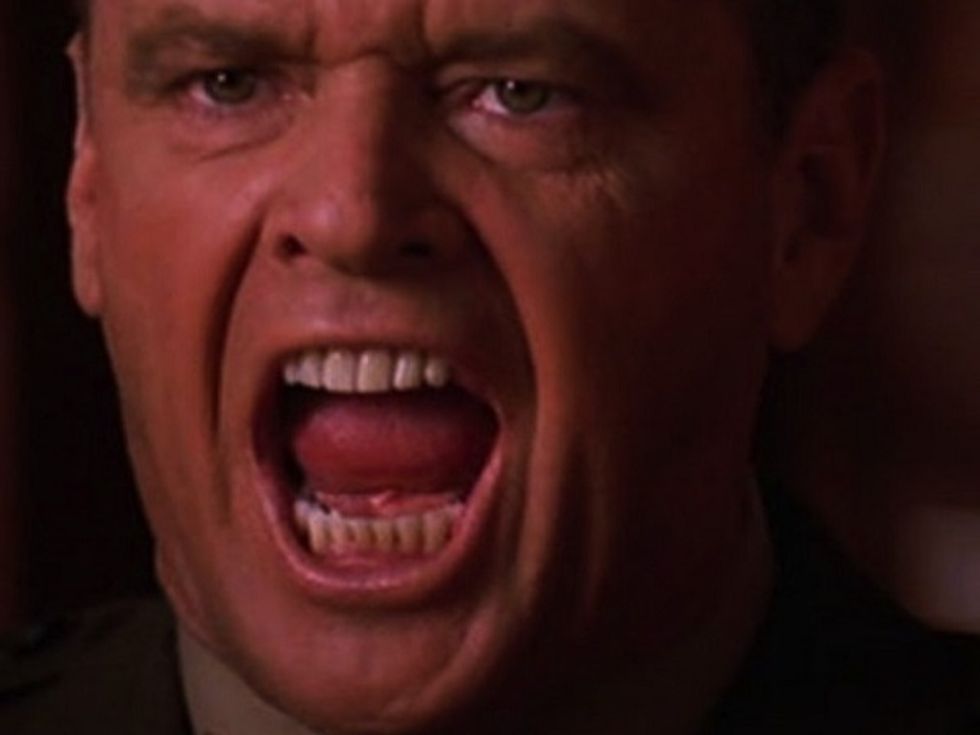 Angry beanpole Tom Cotton, the first-term GOP congressman from Arkansas who is trying to take Mark Pryor’s Senate seat away, has decided to follow the lead of other Republicans and reduce voters into quivering puddles of terror over Islamic State terrorists collaborating with Mexican drug cartels to flood across our southern border and kill us all dead in our beds. Man, doesn’t anybody like America anymore? If they kill us, who will make more Iron Man movies for the world to enjoy?

Greg Sargent points us to the hilarious comments Cotton made at a recent town hall.

The problem is with Mark Pryor and Barack Obama refusing to enforce our immigration laws, and refusing to secure our border.  I’ll change that when I’m in the United States Senate. And I would add, it’s not just an immigration problem. We now know that it’s a security problem.  Groups like the Islamic State collaborate with drug cartels in Mexico who have clearly shown they’re willing to expand outside the drug trade into human trafficking and potentially even terrorism.

They could infiltrate our defenseless border and attack us right here in places like Arkansas.

Oh please. No one in their right minds goes to Arkansas for any reason, not even Muslim terrorists. Especially not Muslims, with all those hog farms everywhere. But just in case, Tom Cotton stands ready to protect all of the state’s priceless cultural treasures, like that Waffle House off of I-40 in North Little Rock, and, um, probably some other places as well. Not the Bill Clinton Presidential Library, though. That guy was a liberal.

Sargent asked Cotton’s office about documentation for these claims, and a spokesman pointed him toward “news” stories in conservative media outlets like Townhall, the Washington Free Beacon, and oh God yes, World Net Daily. We always enjoy being reminded that national policy is set by people who get their information from the reporter equivalent of crystal-addled candirus.

It’s not just Arkansas under threat from this fearsome Voltron of Mexican drug cartels, ISIS terrorists, MS-13 gangbangers, and who knows what other scary groups intent on bringing down America. (Gamers? Feminists? The hordes of fans who kept Two and a Half Men on the air for 75 years?) The National Republican Congressional Committee is running an ad against Arizona Democratic congresswoman Ann Kirkpatrick that all but accuses her of leading a column of Islamic fundamentalists across the desert into downtown Phoenix. And Rep. Duncan Hunter, one of the last Republicans still roaming free in California, told Greta Van Susteren on Tuesday that at least ten ISIS fighters have been caught trying to sneak across the border into Texas. What’s that? Evidence? Um, his sister’s brother’s girlfriend’s cousin’s uncle’s ex-wife knows someone who talked to a Border Patrol agent during Happy Hour at a Chevys in Oceanside, as best we can figure, and still the border remains open. Boom! Who hates America now, libtards?

Four more weeks until the election!