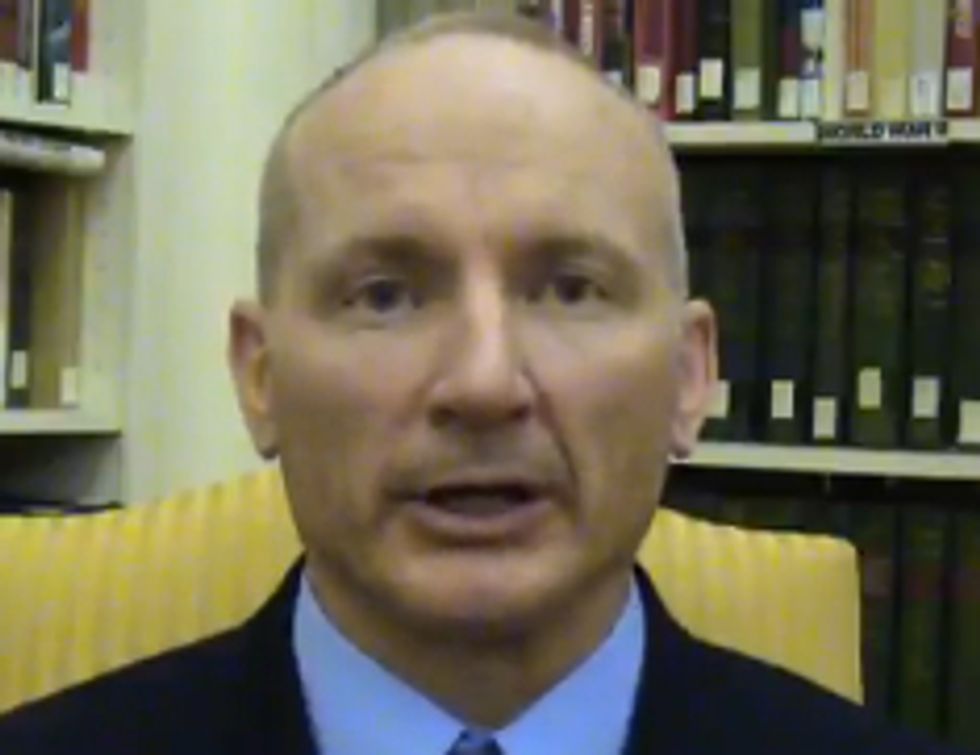 Lt. Col. Terrence Lakin, the Army doctor whopleaded guilty on Tuesday to STANDING UP FOR PRESIDENTIAL BIRTH CERTIFICATES, has now told the jury he was wrong to disobey his order to deploy to Afghanistan, and he wishes to deploy now. It's funny how the black man running the country suddenly is an American citizen when this birther is faced with jail time. Haha, just kidding, Obama still is An Illegal; Lakin simply used the wrong venue to let people know about it. "I was wrong for trying to push this issue within the Army," he said. Yes, that's rather difficult to do when your boss's boss's boss's boss's boss's boss's boss is the man in question.

Lakin explained that he tried for two years to figure out to whom in the Army he could raise his questions about Obama's eligibility but that he was not given guidance what he should do. He acknowledged he used his deployment as a way to raise the issue and that he knew when he disobeyed orders that his "career was over."

Also Wednesday the jury heard testimony from two men who had served with Lakin. They described him as a compassionate physician, someone who gave therapeutic massages to soldiers on his own time