As God Is His Witness, Ted Cruz Will Never Be Canadian Again 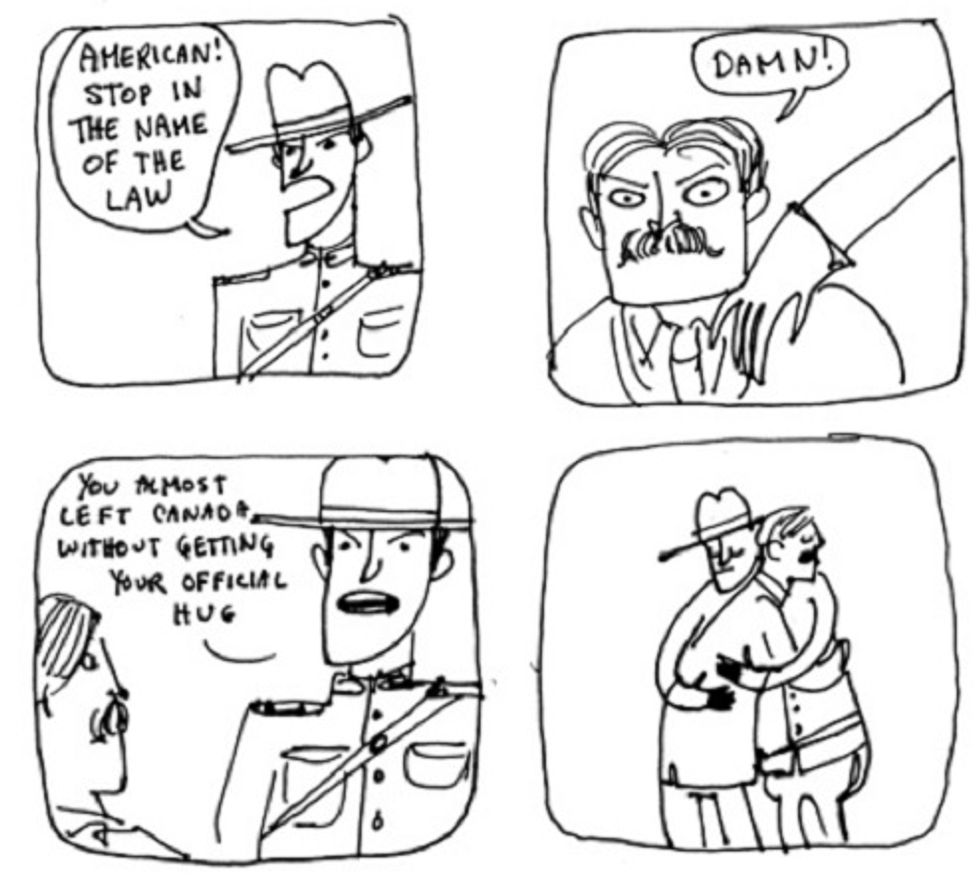 It certainly took bloody long enough, but Sen. Ted "100% Americanlike" Cruz (R-Poutine) is finally taking action toformally renounce his Canadian citizenship, which was conferred on him at birth by virtue of being born at the top of the CN Tower in beautiful downtown Calgary, in the province of Algeria. He confirmed in an interview with the Dallas Morning News this weekend that he has hired attorneys to help him with the process, which surprisingly involves more than simply saying "I break with thee, I break with thee, I break with thee" and throwing dog poop on a picture of the Queen. Who knew? So God willing and the creek don't rise he will be Canadian-free by the end of 2014, and can then become President in 2016 just like his daddy and the Lord said he would.

Cruz had pledged back in August that he would stop being Canadian, but this would seem to be the first concrete action toward doing so. Plus, he's been busy, what with shutting down the government and reading about himself in that coloring book. Cruz is a U.S. citizen, according to some, because his mother was a citizen at the time of his birth in Calgon, Andorra; despite being a bigass expert on law with fancy degrees from Princeton and Harvard, he says he was unaware that just being born in Canada also gave him dual citizenship, because with a crazy rule like that, then even people born in Hawaii might be U.S. citizens if they had American mothers, and who ever heard of such a thing?

"Because I was a U.S. citizen at birth, because I left Calgary when I was 4 and have lived my entire life since then in the U.S., and because I have never taken affirmative steps to claim Canadian citizenship, I assumed that was the end of the matter," Cruz said in a statement in August.

Cruz told CNN chief political correspondent Candy Crowley at the time he would attempt to renounce his Canadian citizenship.

"Serving as a U.S. senator, I think it's appropriate that I be only an American," he said.

We might just as well ask why he assumed he was a U.S. citizen, since he had never taken any affirmative step to claim American citizenship. Where's his loyalty oath, huh?

In the interview with the Dallas Morning News, Cruz said that the topic of his dual citizenship came up in a meeting last month with constitutional scholar Donald Trump, although he did not provide any details on the meeting, which we assume involved eating pizza with a fork. No photos of the meeting have been released, but it is rumored that Cruz's pizza was covered with cheese curds and gravy, in the traditional manner of his people.

We can't wait to see what sort of brilliant pig-latin-laced explanations of Cruz's ineligibility for the presidency will be generated by this latest development; Yr Wonkette would like to think that the most relevant disqualifying factor would be the indisputable, documented reality that he is Ted Fucking Cruz.