As He Enters Race, Newt Knows All of History Was Leading Up To Him 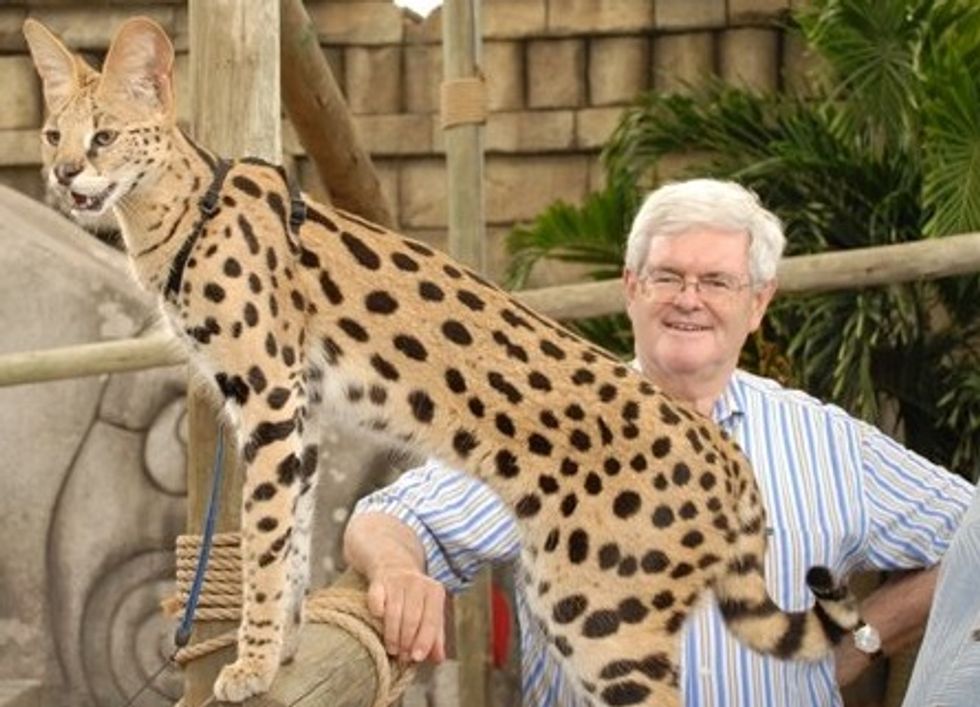 Newt Gingrich is temporarily quitting his dubious money-making schemes today to run for president, which will give him attention and help him make more cash when he returns to his important work mailing people's pets "dog of the year" awards that require owners to send Newt $5,000 for a plaque. He willannounce this the same way he sort of did, sort of didn't, then sort of did again months ago: on the Facebook and the Twitter. And then he will go on Sean Hannity's show to seal the deal with a kiss. Also, he may think he is the culmination of all of human history and see himself as a triumphant figure like Charles de Gaulle, of all people.

Is Matt Bai ever really right? Probably not. But what he writes sounds good to the kind of people who read the Times, and sometimes he is fun, like this:

Mr. Gingrich is a devotee of the historian Arnold J. Toynbee, who meditated on the concept of “departure and return” — the idea that great leaders have to leave (or be banished from) their kingdoms before they can better themselves and return as conquering heroes. One of Newt’s heroes, the French general and statesman Charles de Gaulle, embodies just this kind of romantic narrative, having spent 12 years out of power before returning to lead his country. So does Ronald Reagan, who traveled the country after losing his bid for the Republican nomination in 1976, then came roaring back to win it all four years later.

Like Mr. de Gaulle, Mr. Gingrich has been out of power for about 12 years. And if elected president, Mr. Gingrich, like Mr. Reagan, would be 69 when taking the oath of office. (Mr. de Gaulle was 68.) Coincidence? It might seem that way, but I’m guessing he sees something more portentous in the parallels.

As delightful as it is to imagine Newt dressing up in De Gaulle's French military uniform with the funny hat and playing with his zoo animal friends, we feel this is probably a reach. Newt Gingrich has reportedly read a lot of historians, not just this guy. And if you ask us, this is the historic figure Newt sees himself as: T.E. Lawrence. Or maybe that dog that was in the bin Laden raid? One of the two. [NYT]