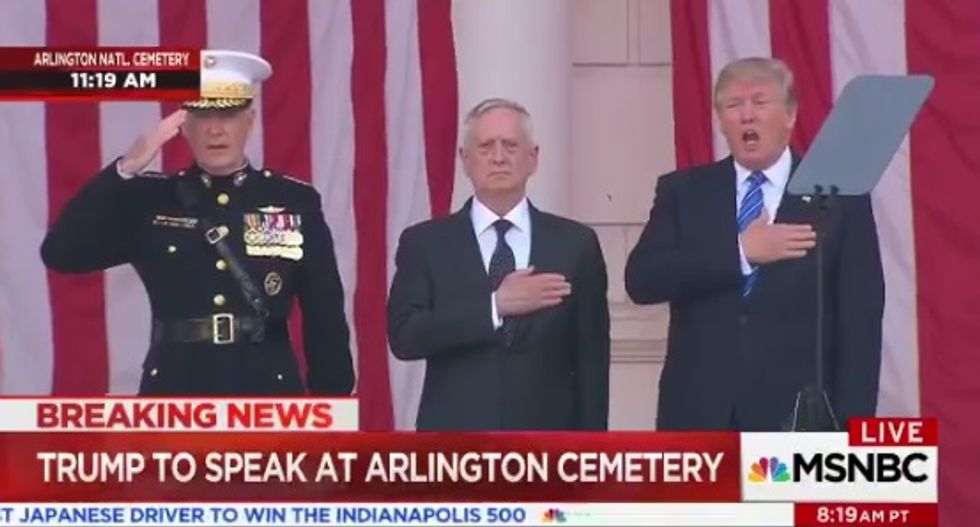 Yelling "Play Ball!" at the end may have been a little much

Remember how Barack Obama was always showing his disrespect for America by never putting his hand over his heart (at least one time) during the national anthem, putting his big black feet up on America's desk, telling Marines to hold umbrellas over himself and a damp foreigner, and saluting his Marine guard while holding coffee. Oh, yes, and that time Republican lip-readers were certain Michelle Obama said, as a flag was being folded, "All this for a damn flag," because what else would she have said?

Thank Crom we finally have a president who loves America, which makes it OK for him to dance around, grin, and sing along (badly and off key, we'll assume) with the anthem during a Memorial Day ceremony at Arlington National Cemetery, right in front of the Tomb of the Unknowns: