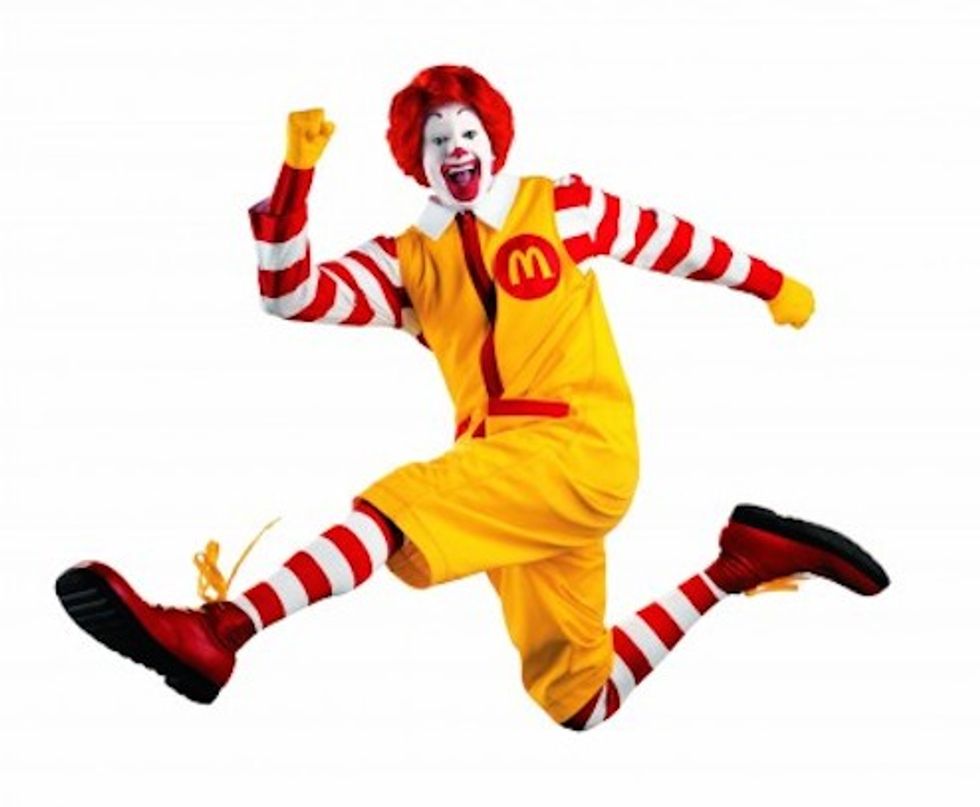 Hi, Chuck C. Johnson here. So many of you were talking on Twitter yesterday about my terrific insights on dating and finding love that I decided to open it up into an entire advice column. Like Ann Landers, but smarter and more handsome and ginger-y, and of course with a hot Asian wife because I can't even do something as simple as settling down with a true love and helpmeet without being overtly gross and racist about it and fetishistically reducing her to nothing more than her race which is Asian and therefore she must be meek and not feminist because did I mention I am grossly racist and love talking about things like dating "outside 'the race'"? Let's look at some of the letters you sent me.

About six months ago I started seeing this great girl. She’s beautiful, intelligent, a high-powered lawyer. I want to spend the rest of my life with her. The only issue is, she refuses to steam-clean her vagina. So when I go down on her, it’s like licking the Creature from the Black Lagoon. I’ve tried leaving irons set to “Steam” around the house as a subtle hint, but so far she has just ignored them. Do you have any advice?

Is your girlfriend a feminist? She sounds like a feminist and you sound like a passive-aggressive beta male, leaving irons around the house in the hope she takes the hint. You need to take charge. Roughly grab your girlfriend and make her squat over a pot of boiling water for however long it takes to get that vagina so clean you can eat any meals she cooks for you out of it. She’ll struggle at first, but secretly all women love smart, nerdy men with a healthy knowledge of female hygiene and a take-charge attitude. If your girlfriend doesn’t like this, she’s probably not Asian. I suggest you dump her and get yourself a hot Asian wife like me.

What’s the best website for me to find a hot Asian wife?

I have no idea. I met my hot Asian wife when I saw her in a Pinkberry and impressed her by explaining how much leftists hate Jews and Asians and white people. Contrary to rumor, I did not order her off a website.

I’m 25 and kind of a scrawny and shy nerd. My chest is so sunken it nearly grazes my spine. I have terrible eczema and scoliosis. I’ve never had a girlfriend and I’m terribly lonely. What do I have to do to make myself attractive to women?

For starters, stop whining! Not only are your looks working against you, but you are obviously a beta male. Have some confidence! When I was your age a year ago I had started two businesses, written a book, won numerous awards for my journalism, been fired from more right-wing media publications than I can count, and I still had winning the Shittiest Account Tournament on Twitter to look forward to. And look at me. I’m a huge nerd and I look like a remnants fire at a shag carpet factory.

But I have confidence in myself because I have cast off the shackles that white feminists have tried to put on me and on all other men. Don’t let yourself be shackled by feminists! Men everywhere are waking up to how feminism keeps them down. Also maybe get yourself some Pramosone and a back brace.

I met a great guy recently, and he invited me over to his house for a movie night. But while I was there I took a look at his bookshelf, and all his books are Mack Bolan novels and PUA handbooks! Why do I always find myself attracted to guys who turn out to be such sexist jerks?

Are you kidding? He sounds great. You must be a feminist and you’re probably ugly. Alpha males don’t marry ugly feminists. You should stop reading Gertrude Stein and start reading Mack Bolan. You might learn something.

My Asian wife and I like to go to the mall and laugh at all the pathetic couples on dates. Then we get sandwiches at The Great Steak Company and sit in the food court and I tweet stuff while she slurps loudly through a straw to get my attention. I usually ignore her because that’s a mind trick feminists use to turn alphas into betas. Don’t fall for it. If your date is a feminist, dump her and get a hot Asian wife and never take her anywhere that serves drinks with straws.

I have this great girlfriend, but our relationship has hit a snag. She recently switched her major to Women’s Studies and now she’s a total SJW who talks shit about #GamerGate all the time! What should I do?

She's a depreciating asset, like a new car the minute it gets driven off the lot. Have you considered dumping her for a hot Asian wife?