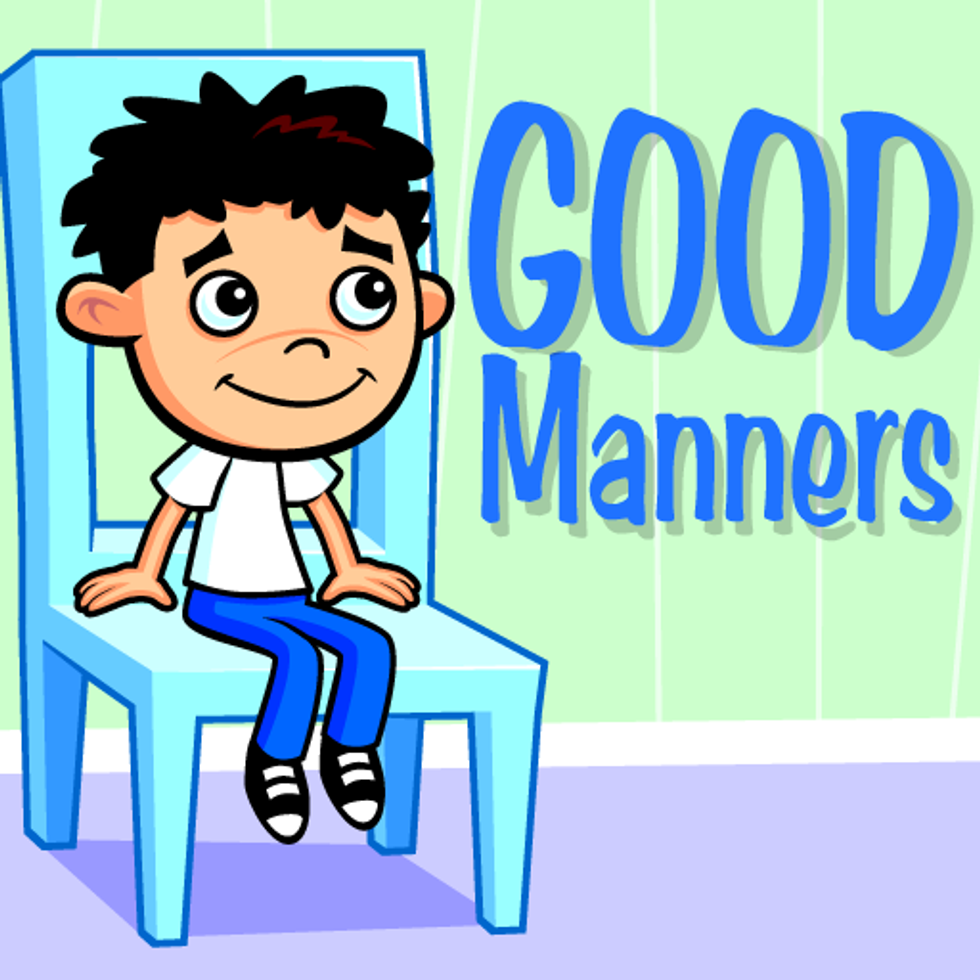 Your Wonkette was just looking at the Facebook, like we do, and we saw an article our friend had posted, written by some dork named Michael R. Strain, who is a "resident scholar at the American Enterprise Institute." Already, we knew we were in for excessive vapidity, masquerading as Important Letters. In said article Michael explains that, due to his fine stature and many accomplishments, he prefers to be called "Mr. Strain." Therefore, for the duration of this post, we will be calling him "Slugger." Anyway, Slugger begins his little diatribe telling the story of how one time he was a little Catholic schoolboy, and the archbishop came to visit and said "hey, call me Archbishop Jim," and that was completely unacceptable to Young Slugger, because his mom said you can't call people by their first names, even if they ask:

We were all gathered in the lunchroom of my Catholic grade school. I was in seventh grade, about to receive the sacrament of Confirmation. The archbishop wandered in to give us a little pre-Mass pep talk. His excellency told us to call him “Archbishop Jim.” His intention was surely to make us feel more comfortable around him, but I was shocked. He was a direct successor to the Apostles. He had the power of transubstantiation in his hands. He could forgive sins in the name of God. At a minimum, he was a lot older than me, and my parents told me to call adults “Mr. Maese,” not “Brook.”

"Jim" cannot keep people from burning in hell for their sins, and "Jim" CERTAINLY cannot turn crackers into Real, Organic, Free-Range Jesus Meat! Only His Excellency can do that! Slugger found himself feeling quite morose, and thought he might be coming down with a wee case of the consumption. Nothing a few more MANNERS couldn't cure, though!

Years later, when I began working at the august American Enterprise Institute, I got to know the august Charles Murray. I called him “Dr. Murray” until the third time he told me to call him “Charles.” So “Charles” it is, but only by request.

Oh, here it is, the part about where Obama makes Slugger appalled and sad and "Oh, my stars" and definitely NOT august:

I was reminded of all this when I read a news account last week of a press conference featuring President Obama and the chancellor of Germany. My jaw hit the floor when I read the president referring to the chancellor, Angela Merkel, as “Angela.”

So I went to the White House transcript, and was horrified to see that the president referred to the chancellor by her first name nearly two dozen times. The opening paragraph alone is littered with informality. “Angela, of course, has been here many times.” “Well into her third term, Angela is now one of Germany’s longest-serving chancellors.” “As we all saw in Rio, Angela is one of her team’s biggest fans.” (After a barrage of unseemly familiarity, the chancellor’s first sentence was “Thank you, President, dear Barack.” I would like to think that she decided it polite to respond in kind, but couldn’t stop herself from including two terms of respect before uttering the president’s first name. The name “Barack” never returns in the transcript. Even still, she erred.)

By the decree of the august Michael R. "Slugger" Strain, you are IN ERROR, German Chancellor! Don't you dare call him "dear Barack," that is how you write him a note when you are trying to find out if he wants to go to the Sadie Hawkins dance with you, not when you are talking right to him! The correct way to address the President is "B. Hussein Nobama," when will world leaders learn?

But Slugger Strain needs you to understand that though this is completely Obummer's fault, this is also EVERYBODY'S fault, because there is a tyranny at hand:

Our society is suffering from a tyranny of informality. It is rude. It is false intimacy. It is a product of the utopian, egalitarian fiction that society is one big happy village.

SOMEBODY got a thesaurus app on his Obamaphone for Christmas, Jesus Christ. So, yes, go on, Slugger, when we are casual with each other, we are tyrannying each other with false intimacy, because utopian, egalitarian fiction and something about happy villagers, something tells me this dude is massively and not-so-secretly in the bone zone for Peggy Noonan.

And, ultimately, equality in all things is false. A PhD has added to the stock of human knowledge; an undergraduate hasn’t. A priest can transform bread and wine; a layman can’t. Chancellor Merkel can affect the near course of history; I can’t. My friend’s father has successfully raised four children; I haven’t. The way we address each other should reflect these differences because these differences are real and material, and obvious.

And they help facilitate social interaction. It’s easier to take moral instruction from “Father Suwalsky” than it is from “Dave.”

Again with the "Dave can't turn crackers into Jesus," how do you know, Slugger? Dave's dry rub is out of this world, his Jesus crackers might be outstanding, you don't know.

We could literally block quote this entire article and make fun of it, but we think the gist, why Slugger simply cannot be august in the face of this calamity of rudeness, is that he's a wuss who needs to be called names in order to feel respected:

If every relationship begins on a first-name basis, then I am robbed of the ability to signal to someone that he has become a friend or close colleague by inviting him to address me by my first name.

Right. Slugger does not like you, does not like most people, does not like Angela Merkel or Obummer or anyone else, but if he doesn't force everybody to call him Mister Strain, then he can't have that special moment when he tells Peggy Noonan, "Everybody calls me Mr. Strain, my close friends, of which I have none, call me Michael, Wonkette calls me Slugger, but YOU CAN CALL ME ANYTHING YOU WANT." We get it, this is about unrequited love, call her on the phone and stop writing about it in the newspaper.