Austin Bomber Blows Self Up 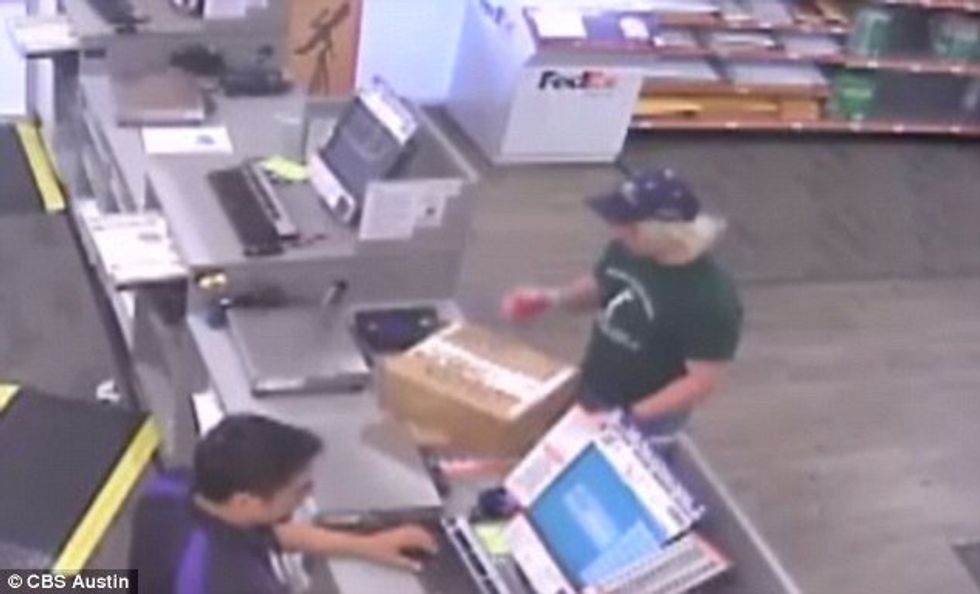 The suspect in the serial bombings in Austin, Texas, is dead, after setting off a bomb inside his car while police attempted to arrest him. His name hasn't been released pending notification of next of kin; so far, he's only been officially identified as a 24-year-old white man, although MSNBC reports his name is Mark Anthony Conditt:

Interim Austin Police Chief Brian Manley said authorities had used information gathered in the last day and a half to track the man to a motel near Round Rock, Texas, about 20 miles away from Austin. After police followed the suspect's vehicle, he pulled off to the side of a road; when a SWAT team approached the vehicle, the suspect set off a bomb, injuring one officer who was blown back by the explosion. The Washington Post reports

A SWAT officer then fired at the suspect, who died inside the vehicle, the police chief said. It was unclear whether he died from the explosion or from gunfire. Manley said the suspect sustained “significant” injuries from the blast.

FBI special agent Christopher Combs said that while authorities are confident the suspect was responsible for all five of the bombs that went off in Austin since March 2, it's possible that other unexploded devices may still be out there, so residents should stay cautious and report anything unusual. Police are still investigating whether the man had any accomplices. The motive remains unknown, but since the first three victims were two black men and a 75-year-old Latina in a mostly-minority area of Austin, a white supremacist hate crime seems likely.

Fred Milanowski, the special agent in charge of the Bureau of Alcohol, Tobacco, Firearms and Explosives investigation of the bombings, said, "We know when he bought some of the components...It was fairly recently[.]" He said police caught up with the suspect in the Red Roof Inn parking lot and then followed him; it's not yet clear whether he was staying there. No additional bombs were found at the motel.

The suspect was located after a sixth device, which didn't explode, was defused after being found in an Austin FedEx facility; police were able to trace that package and another one, which exploded in another FedEx sorting facility near San Antonio early Tuesday, to the same FedEx store in Austin. CBS Austin published images taken from surveillance video in that store, showing the man shipping the two packages Sunday evening. Nothing suspicious about a guy walking into a FedEx store wearing rubber gloves and maybe a bad Doc Brown wig, huh?

Austin TV station KVUE reports the surveillance video helped police locate the suspect's home, and that law enforcement obtained "information from Google and from the suspect's computer history that confirmed the suspect was looking at information on where to go to ship devices[.]"

Once it was all over, Donald Trump took to Twitter to celebrate:

His expression of sympathy for the victims -- two dead, three seriously injured, and two with minor injuries -- is truly inspiring. An hour later, the "president" was back to bitching about the Mueller investigation while watching "Fox and Friends."

Yr Wonkette is supported by reader donations. Please click here to send us money. You won't even need to wear rubber gloves.