Aw, Man, Does This Mean We Don't Get To Do War To Iran? 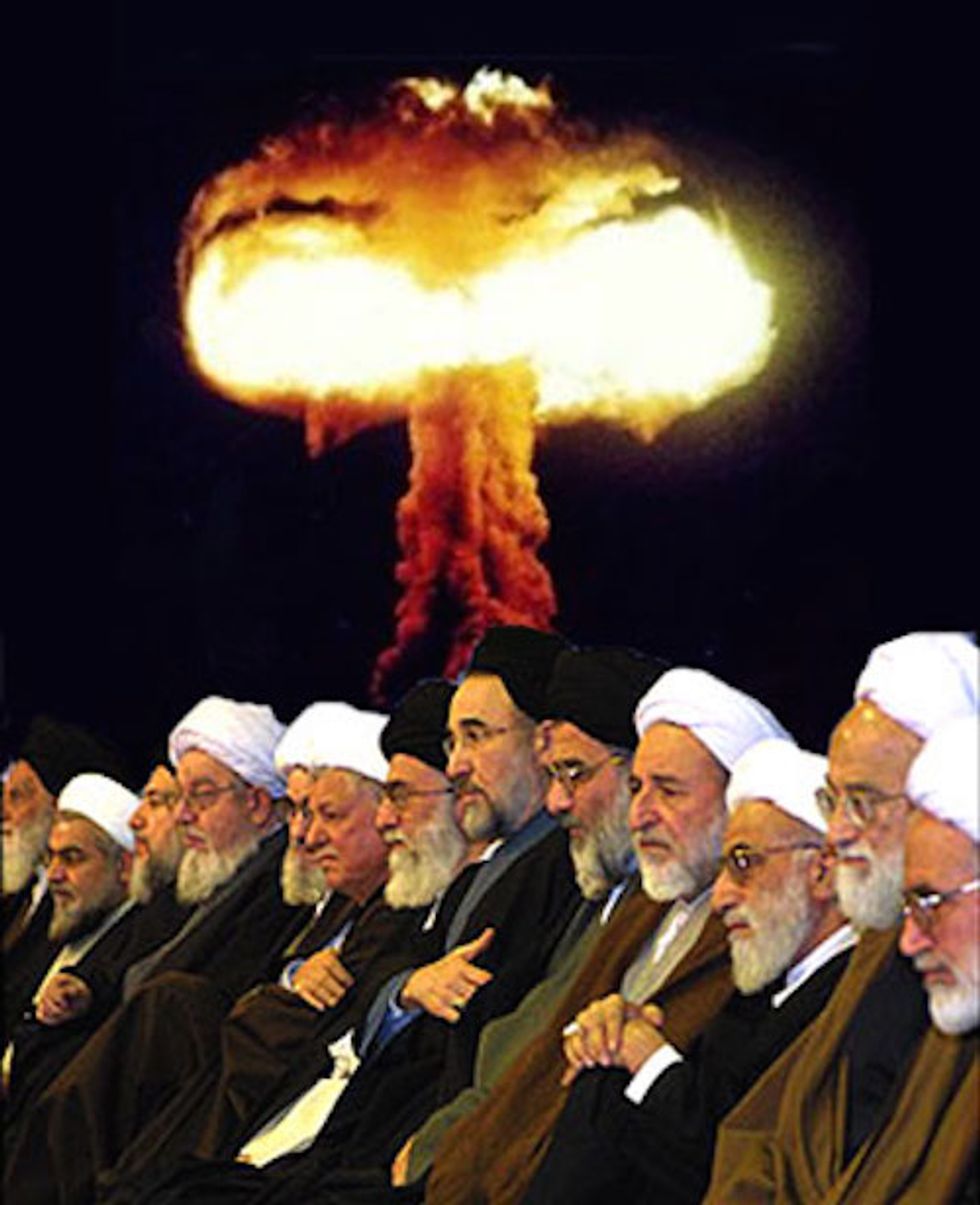 And we were so looking forward to more endless war

Bad news for bloodlusters who've been wanting, for years, to Bomb bomb bomb, bomb bomb Iran. Despite all of the warnings from the very same stupid dicks who were completely wrong about Iraq's weapons of mass destruction that turned out to just be Saddam's doodles on the back of a cocktail napkin about how he might like to do some "weapons of mass destruction-related program activities" one day, it appears the Senate is prepared to back President Obama's evil scheme to avoid warring on yet another country over in that desert region where all of our oil is buried:

Democratic Sen. Barbara Mikulski of Maryland became the crucial 34th vote in favor the Iran nuclear deal Wednesday, ensuring a landmark victory for President Barack Obama over ferocious opposition from Republicans and the government of Israel.

"No deal is perfect, especially one negotiated with the Iranian regime," Mikulski said in a statement. "I have concluded that this Joint Comprehensive Plan of Action is the best option available to block Iran from having a nuclear bomb. For these reasons, I will vote in favor of this deal."

Mikulski's backing gives supporters the margin they need to uphold an expected Obama veto of a congressional resolution of disapproval that Republicans hope to pass later this month.

We know, we know. Agreeing to a deal in which the world is able to exert some vague modicum of oversight of Iran's nuclear program is definitely worse than having nothing at all. But on the other hand, President Obama said this deal would reduce Iran's stockpile of enriched uranium:

To put that in perspective, Iran currently has a stockpile that could produce up to 10 nuclear weapons. Because of this deal, that stockpile will be reduced to a fraction of what would be required for a single weapon. This stockpile limitation will last for 15 years.

That sounds good to us, but apparently reducing Iran's nuclear weapons capabilities, even by a little bit, is just not nearly as good as doing nothing at all, except for waving fists and shouting words on Twitter and saying things like "HOLOCAUST!"

Ah, but we are not A Expert, so forgive us for thinking a deal that does something is better than no deal that does nothing. And it's all moot anyway, as we know from the True Patriots in the Senate who were simply explaining the U.S. Constitution to Iran, and how it says right there that B. Hussein Obama is not really the president so you can't even make a deal with him anyway, dumb Iran, hmph!

Once Sen. Jeb J. Walker Fiorina Carson Cruz MD is elected president, that deal is gonna get tore up pronto, and then we can bomb Iran to win the peace and also the hearts and minds and flowers and candy and be greeted as liberators, again.