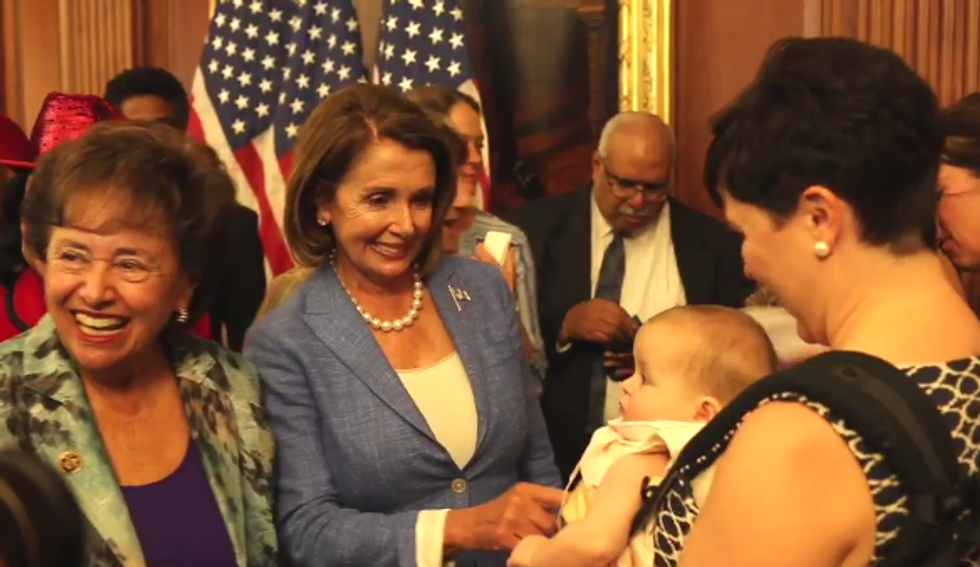 Well, it's official! Nancy Pelosi threw her hat in the ring a couple weeks back, so that she might retain her position as Badass Bosslady Of House Democrats, and the votes have now been tallied, and ayup, she will continue to be Badass Bosslady Of House Democrats in the next Congress! She was challenged by Ohio Rep. Tim Ryan, but he only got 63 votes, compared to Pelosi's 134, therefore she will be the queen to shepherd the Democrats through the valley of the shadow of death, just like we said two weeks ago.

Leader Pelosi made a tweet that said, "Honored to be elected by my colleagues to serve as Democratic Leader. Let's get to work." She also shared a nice video of herself being awesome:

Honored to be elected by my colleagues to serve as Democratic Leader. Let's get to work. pic.twitter.com/knAEqL8azt