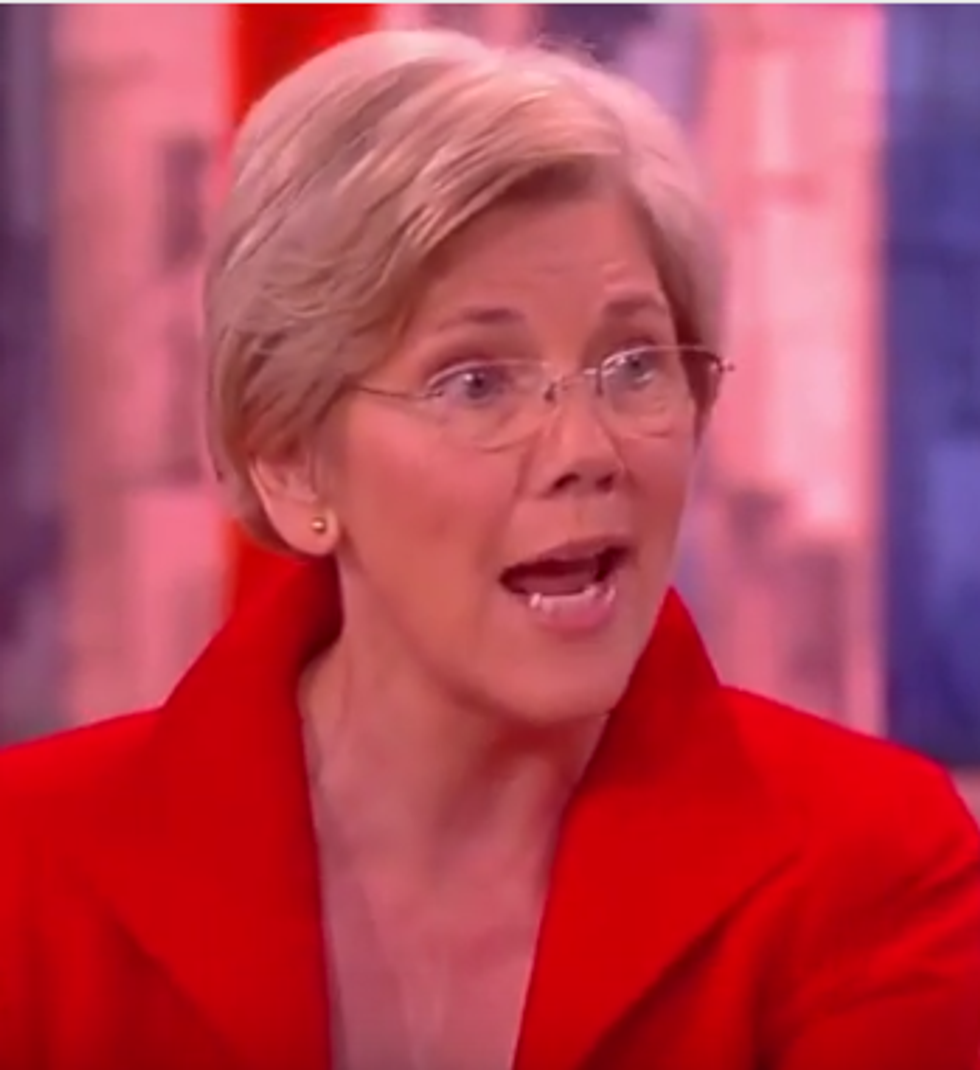 Kiss her ass while you're at it, Republicans.

[contextly_sidebar id="7rYsNBdqtdAJwGm35mDnC5k8BxQTwB2X"]Know what's a nice thing to read on a Monday morning? No, not news that Antonin Scalia won't be around to replace Roe v. Wade with a two word ruling that says "JIGGERY POKERY!" Instead, it is your girlfriend Sen. Elizabeth Warren responding to all those toolbag troglodyte shart-faces in the GOP who think it's somehow un-American for Barack Obama, who is the president of the United States of America, to appoint a justice to replace Scalia.

Get your wet naps ready, because you're about to fap:

The sudden death of Justice Scalia creates an immediate vacancy on the most important court in the United States.

Senator McConnell is right that the American people should have a voice in the selection of the next Supreme Court justice. In fact, they did — when President Obama won the 2012 election by five million votes.

Article II Section 2 of the Constitution says the President of the United States nominates justices to the Supreme Court, with the advice and consent of the Senate. I can't find a clause that says "...except when there's a year left in the term of a Democratic President."

THAT'S WHAT SHE SAID, because literally, that is what she said. The GOP is sooooo convinced right now that everybody in this country is feeling such buyers' remorse after slam dunking Barack Obama into the Oval Office TWICE that we are all 100 percent, no questions asked, going to vote to Make America Great Again with Donald Trump, or Make America Scummy And Canadian with Ted Cruz.

[contextly_sidebar id="IqA1tYghaifDuzKDJEdjjTAggu7kY1kz"]Republicans cannot imagine that maybe -- JUST MAYBE -- the majority of Real Americans are fine with the president we love nominating a Supreme Court justice we will love. Because SPOILER ALERT: On Jan. 20, 2017, a new president will be inaugurated, and it will either be this lady or this gentleman, but it's not going to be any of those GOP jerkholes.

Warren had just one more thing to say:

Senate Republicans took an oath just like Senate Democrats did. Abandoning the duties they swore to uphold would threaten both the Constitution and our democracy itself. It would also prove that all the Republican talk about loving the Constitution is just that — empty talk.

Silly Elizabeth Warren. Republicans only like the judicial branch when it does stuff they like, or when the persons doing the judicial-ing have the same cousin-humping legal philosophies they do. They love judges who are originalists, men who know the first draft of the Constitution simply said "God hates fags and lady parts," and write their opinions with that Original Intent in mind. Dudes like Robert Bork. Maybe Obama could just nominate him to be LOL OH WAIT HE'S DEAD TOO.

There is not enough popcorn in the world for the SCOTUS fight that's about to happen, y'all.