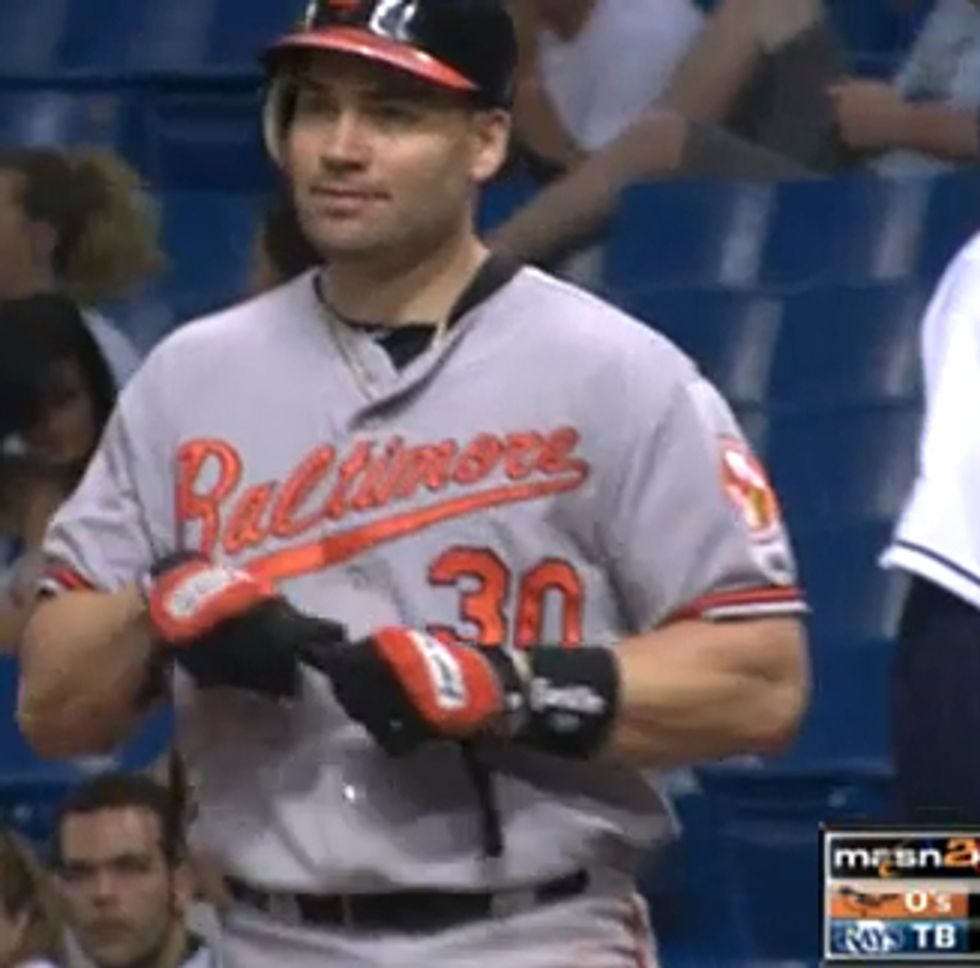 Baltimore Orioles outfielder Luke Scott went into Major League Baseball's offseason winter meetings with a .902 OPS on the year and, it turns out,a deep distrust of that Kenyan socialist Barack Obama. "He was not born here," said the man best known for hitting a leather-wrapped ball of cork and wool, not so much for the spirit of intellectual discovery he picked up in his two years at Oklahoma State. "That's my belief. I was born here. If someone accuses me of not being born here, I can go — within 10 minutes — to my filing cabinet and I can pick up my real birth certificate and I can go, 'See? Look! Here it is. Here it is.' The man has dodged everything. He dodges questions, he doesn't answer anything. And why? Because he's hiding something." But the Orioles have distanced themselves from this statement. And why? Because they're hiding something.

"Luke Scott's comments do not reflect the opinion of the Baltimore Orioles organization," team spokesman Greg Bader said Wednesday in an e-mail. "The fact is that Barack Obama is our President, duly elected by the people of the United States. End of story."

Hmm, they sure don't address the BIRTH CERTIFICATE in this statement. The Orioles talk like they have that document hidden in a secret box in the manager's office where Luke Scott can get to it, but they don't.

Obama does not represent America. Nor does he represent anything what our forefathers stood for. This country is basically built on an attitude. It's a way of life. It's not because you're born here. It's not that you're supposed to take from those who have and give to those who haven't. That kills a country. It killed Russia.

I have friends of mine who are in the ministry who [work] in churches in Russia. If they can describe [the country] in one [phrase], it's "messed up beyond repair."

That's what communism does.

Also, Luke Scott says he would never compromise on anything, because that's not what true leaders do. Also, he's a trade chip and could bring his Teabagger services to your favorite team, provided that team allows him to exercise his Second Amendment rights on the field. (RE-SIGN MAGGLIO, TIGERS. PLEASE.) [WP/Yahoo! Sports]