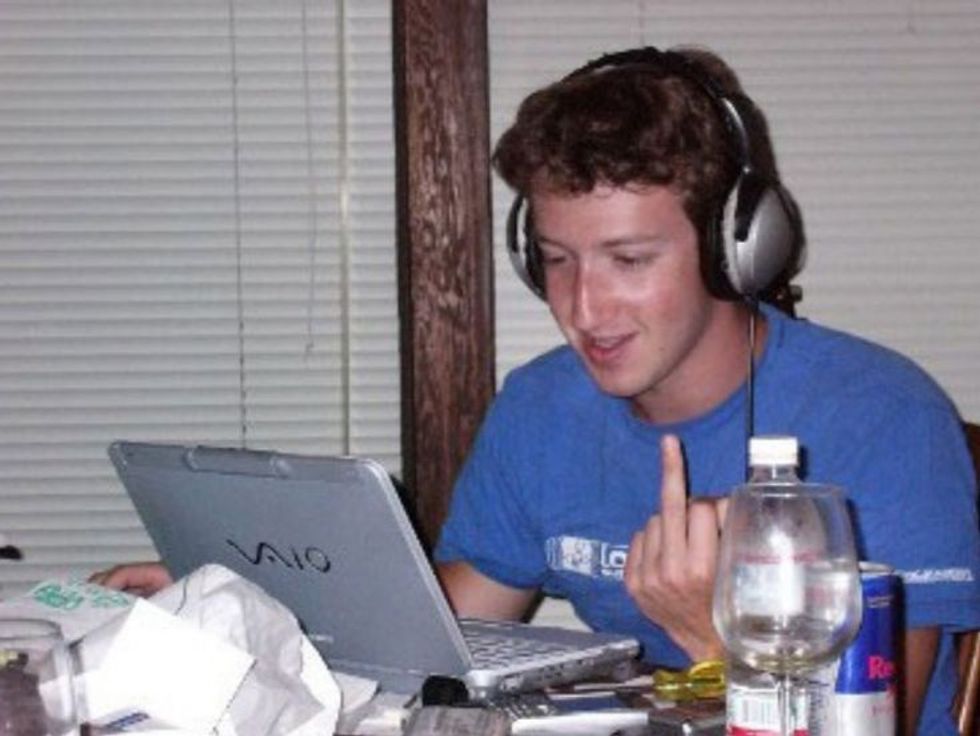 Britain, our little big brother, continues to partner with the rest of us in the War On Terror. But it's frustrated with the continued existence of ISIS and its effect on their country. Even after generations of meddling in the Middle East, some rain-soaked Brit twits know who's to blame: America's tech companies and their newfangled world wide web platforms.

A committee of UK lawmakers this week said that Facebook, Google, and Twitter are "consciously failing" to combat terrorist propaganda and recruitment on their platforms [...] In a wide-ranging report on radicalization published Thursday, the UK Parliament's Home Affairs Committee said that social media platforms have become "the vehicle of choice in spreading propaganda and the recruiting platforms for terrorism."

FYI, UK lawmakers, Twitter and Facebook are the "vehicle of choice" for spreading everything. How else would we know that today is #NationalAllenWrenchDay? But "consciously failing" sounds real close to aiding a terror organization. Why the frustration? Is this the same thing as the white supremacists flipping out over Twitter suspending vitriolic-altright-Max Hedroom Milo Yazoopulalos? Or the opposite? It's hard to keep track.

In England's never-been-humble opinion, these companies need to step in and terminate accounts associated with extremist propaganda. It seems reasonable. But for their part, Twiiter says they have been doing that (unless you're an online stalker).

The committee also found it "alarming" that major tech companies have "teams of only a few hundred employees" tasked with monitoring content, and that Twitter "does not even proactively report extremist content to law enforcement agencies." In announcing its account suspensions earlier this month, Twitter said that it has begun using automated technologies, including "proprietary spam-fighting tools," to support its abuse reporting system.

Oh do you not like the staffing levels at these private companies? Maybe you guys should Brexit from all social media.

All in all, maybe these companies can do more to alert authorities to certain rhetoric. Like when "Next al qaeda Number 2" posts something to your timeline and you report it, maybe an alarm should go off in Zuckerberg's hoodie drawstring. But maybe the government is overstating the power of these Corporate Persons. Will savvy terrorist recruiters not be able to find other platforms to reach impressionable wayward teens? Do teens even use facebook?

Terrible people will use internet services to do terrible things. Just like they do with the department store catalogs. It is a shame we haven't limited bloodshed, established safe zones and functioning infrastructure in war-torn areas, provided comprehensive humanitarian relief for innocent civilians, and completely thwarted ISIS. Britain could attempt any of those things as well as politely asking its old chap ally to respectfully not bomb poor Syrian children. Or it could blame the ubiquitous tech platforms. Basically same.

Mylan Pharmaceuticals made the news when it was finally reported that it more than doubled the price of its life-saving EpiPen over the past year. How did this happen? Well, don't look at the Corporate Person who makes the product. Clearly underestimating Americans' capacity for anger, Mylan CEO Heather Bresch is all 'don't blame us, we just make the product and set the price.'

Heather Bresch, the Mylan CEO under fire for skyrocketing EpiPen costs, believes Americans should redirect their anger toward a "broken" health care system.

America's health care has always a been a shitshow. So it makes sense that Mylan should further shatter the system into pieces. It's their corporate duty. But maybe Mylan has a good reason. Maybe they added extra Epi. Maybe the device can be used as a selfie stick. Or maybe the product essentially hasn't changed since Mylan purchased its rights in 2007. It's the last one.

Bresch, daughter of Senator Joe Manchin (D-kind of), points her finger at a cacophony of middlemen, including pharmacy benefit managers and wholesalers, for their roles in taking cuts for a product that's very inexpensive to produce. Yet despite all the gouging from outside parties, Mylan managed to triple its EpiPen sales over the last five years and Bresch managed to increase her compensation by 680% percent since 2007.

But it's hard to say she hasn't earned it. She managed to reap giant corporate profits, increase sales. and is now able to charge $609 for a product that was under $100 prior to Mylan's acquisition.

Sure, an EpiPen contains about $1 worth of raw products. Sure, Mylan makes just short of 50% of their profits off of this one product. And sure, Mylan may be making a final cash grab as generic competitors struggle to get to market. But it's the SYSTEM, guys. The same system that allowed the company to dramatically lower its tax burden through inversion - a strategy well-applied by the industry. If we just let the free market sort it out, I'm sure that Mylan would deliver a safe, economical product accessible to all, even those with high copays and deductibles. But also probably the total opposite.

Full Disclosure: Yr blogger carries an EpiPen for his daughter who, while clearly a weak willed LibToddler (ToddLib?), is allergic to peanuts and needs this medicine to ensure she doesn't die at the hands of a wayward Reese's product. When will my precious anaphylactic snowflake stop being such a Taker? We're lucky enough to have decent insurance but many aren't. It should also be noted that unused EpiPens are supposed to be replaced every 18 months or so. So long car insurance! But like Bresch, I blame the "system." Like Bresch, I believe the "system" should "change" but I'm guessing her idea of change has nothing to do with altering Mylen's profit margin.

Bresch's deflection is part of Mylan's PR triage attempted to assuage the public that they're not evil like admitted opportunist and irritating hip-hop connoisseur Martin Shkreli. The other part of brand rehabilitation is issuing $300 rebate cards for those customers who pay full out-of-pocket costs and making assistance for underinsured more easily attainable. These benevolent gestures took place after the story broke and strangely not when the price rose back in May. Funny how that works. Please contact Mylan PR to inquire as to where you can send the edible arrangement of gratitude.