Barack Obama Hates Maureen Dowd, As Do All Patriotic Americans 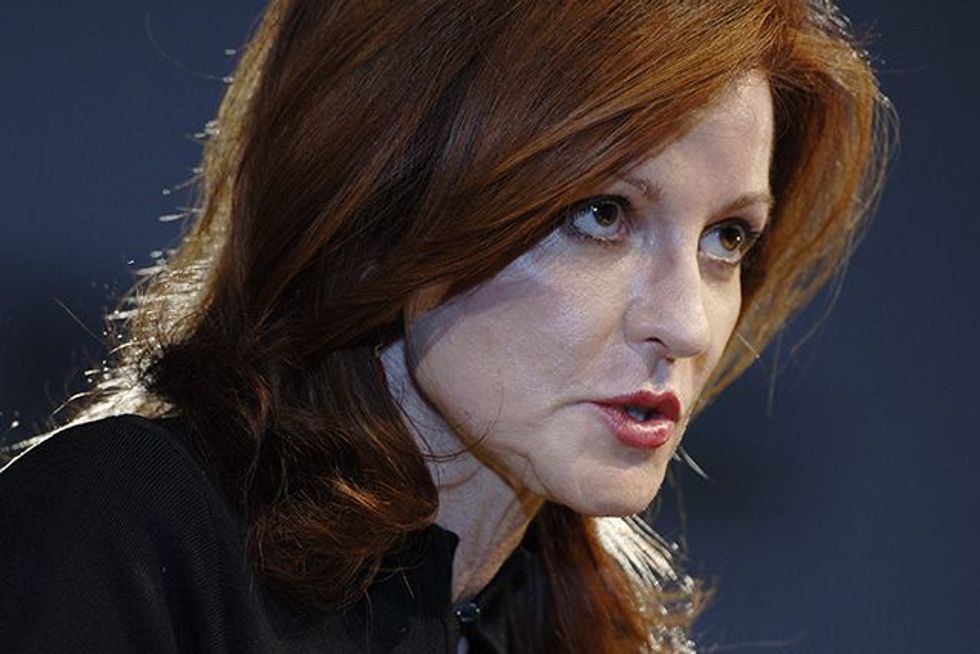 The chattering classes have been poring over David Axelrod's new book because it is full of all sorts of JUICY gossip about the most powerful man in the free world, B. Hussein Nobummer. Details continue to dribble out, but this one caught Yr Wonkette's eye because it involves Maureen Dowd, who is terrible. Vox's Dylan Matthews gives us a long blockquote about Obama's "intense loathing" for Dowd, but here's the best part.

No one got under Barack's skin more than Maureen, whose penchant for delving into the psyches of her subjects was particularly irritating to the self-possessed Obama. Normally polite under any circumstances, he was patronizing and disrespectful to Maureen in a way that I had rarely seen. This was not well received by Dowd who, like most journalists, was accustomed to firing off salvos, yet decidedly uncomfortable when fired upon herself. After that awkward encounter, she seemed to take particular delight in psychoanalyzing Barack and belittling him in print, which only deepened his contempt.

It is unclear whether this exchange happened before or after Dowd called the '08 Obama campaign "effete and vaguely foreign," and Yr Wonket is not going to shell out the $19.95 for a hardcover copy of Axelrod's book to find out. Also unclear: why MoDo earns Bamz's ire, yet two of her fellow purveyors of pablum at the Times, David Brooks and Thomas Friedman, are totally on Obama's good side.

Look, you two, Yr Wonket knows you got off on the wrong foot, but that's no reason why you can't be friends going forward. We would suggest that Obama and Dowd smoke a joint after Obama's second term is done, but that's probably a bad idea. Maybe a beer summit, though knowing Dowd, she'd probably bring Obama a nice Pinot Noir (as befits his beta male status) and then write a column about how Obama sips wine with a raised pinky.

Or maybe Dowd and Obama can bury the hatchet by going clothes shopping, so Dowd will no longer have an excuse to use the phrase "mom jeans" to pad her word count. We are just spitballing here, leave your ideas for Dowd and Obama's playdate in the non-existent comments section.

Anyway, it's just good to know that Yr Wonket has something else in common with Barack Obama.