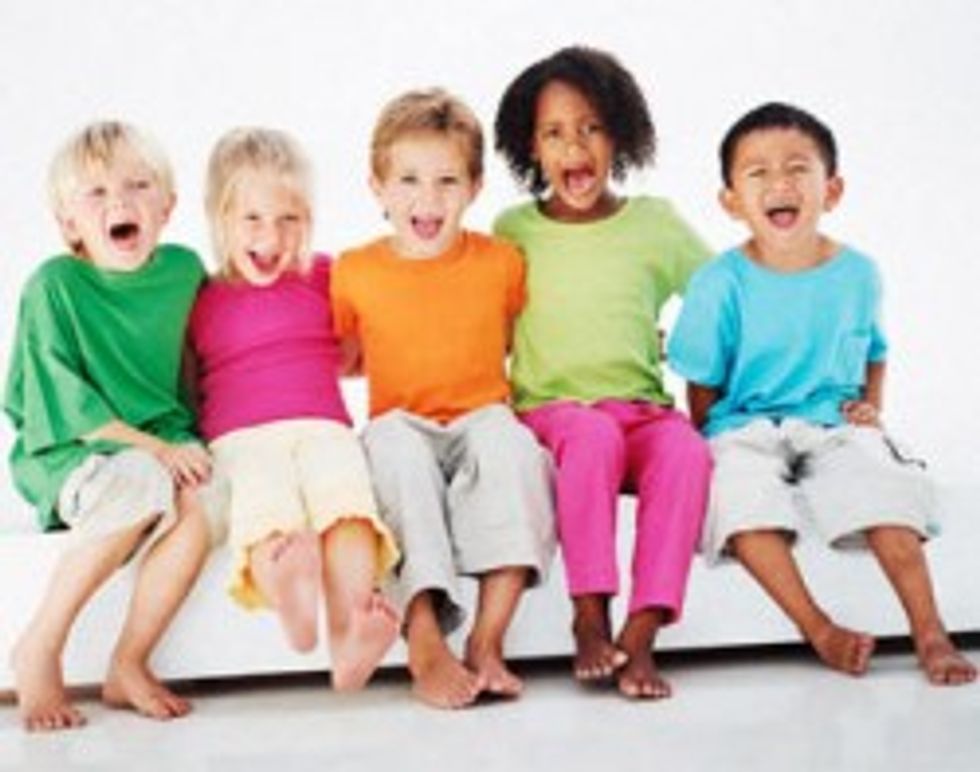 How is the Obama administration trying to murder white children today? Oh, only by giving them more asthma, for racial fairness, according to thisincredibly logical and sane explicator in The American Thinker. Thinking! Pull up your coffee, and learn how to do it, with the American Thinker to guide you!

The Obama Administration has identified the latest front in its tireless war against America's systemic injustice: asthma. A new report [...] argues, in effect, that freedom has led to an unfair distribution of healthy lungs, and therefore steps must be taken to achieve respiratory justice.

The official press release for this report does not commit itself on the question of whether greater asthmatic-racial "parity" ought to be attained by reducing the incidence of asthma among minorities, increasing the rate among whites, or some combination of the two.

Well of course Barack Obama wants to give more white children asthma, that is what the EPA drones over the Heartland are for, to ooze diabolical chem-trails onto the (white) children of farmers, that just makes sense.

Here is a summary of the "justice" issue at stake:

Why does Daren Jonescu even need to ask? We already know Barack Obama hates white children and doesn't care if they are murdered, because Newt Gingrich said he said so, when he was sad about Trayvon Martin!

At any rate, Ms. Jackson sees a role for the EPA in addressing this festering injustice.

As the mother of a child with asthma, I know what it means for our children to have clean and healthy air to breathe. This Action Plan enables federal agencies and our partners to work more collaboratively and comprehensively on tackling a major health threat, so that we can protect all Americans, no matter what community they call home.

Just what America needs -- more comprehensive collaboration among federal agencies, not to mention their "partners." This is needed, naturally, in the name of protecting "all Americans, no matter what community they call home." Implication: specific, collaborative, comprehensive steps will be taken to ensure that in the future, America will no longer be a nation that "protects" only wealthy whites. In other words, America is racist down to its lungs, and only a comprehensive liberal agenda can combat it -- "it," in this case, being America.

THANK YOU, Daren Jonescu, for explaining what we couldn't quite put our finger on, and that is that combating air pollution is combating America! Then there are about 6000 words about how disgusting ghettos are, and why they should be considered neither "communities" nor anyone's "home," elided for you, the busy reader (and also because we like to say the word "elided"). Let us end it here, where Daren Jonescu, American Thinker, ends it:

Team Obama's new contribution to the asthma chronicles is almost as coherent as the master's original. Poor people, living in dirty neighborhoods in undesirable locations, are more susceptible to certain kinds of illness. The solution is not to ensure the practical conditions that improve everyone's chances of rising out of poverty, i.e., the conditions of freedom.

On the contrary, the solution is to create regulations and penalties to limit economic growth, and to divert greater amounts of societal wealth into make-work projects aimed at producing cleaner slums for the perpetually impoverished dependent class that can always be bought off in its induced hopelessness and desperation by a few unsubstantiated promises, in exchange for its continued support of the condescending slumlords of the Democratic Party.

Poor people live in gross neighborhoods and get sick from it. The answer is to put extra lead in gasoline and require coal-burning plants to burn dirtier coal (haha just kidding like "clean coal" is a thing that "exists"), because if you punish poor people enough for deciding to live next to freeways, they will see the error of their ways. That is when these poors will kill their Democrat slumlords and put their heads on good old-fashioned pikes for condescending to them by trying to make them die less from ashthma, by cleaning up air pollution and murdering capitalism. (You can't kill one without the other because they are twinsies, according to Comrade Jonescu!) Vote for more air pollution everybody, otherwise you are a commie fag. The End.