Barack Obama Sr. Wanted to Drop His Kid Off at the Salvation Army 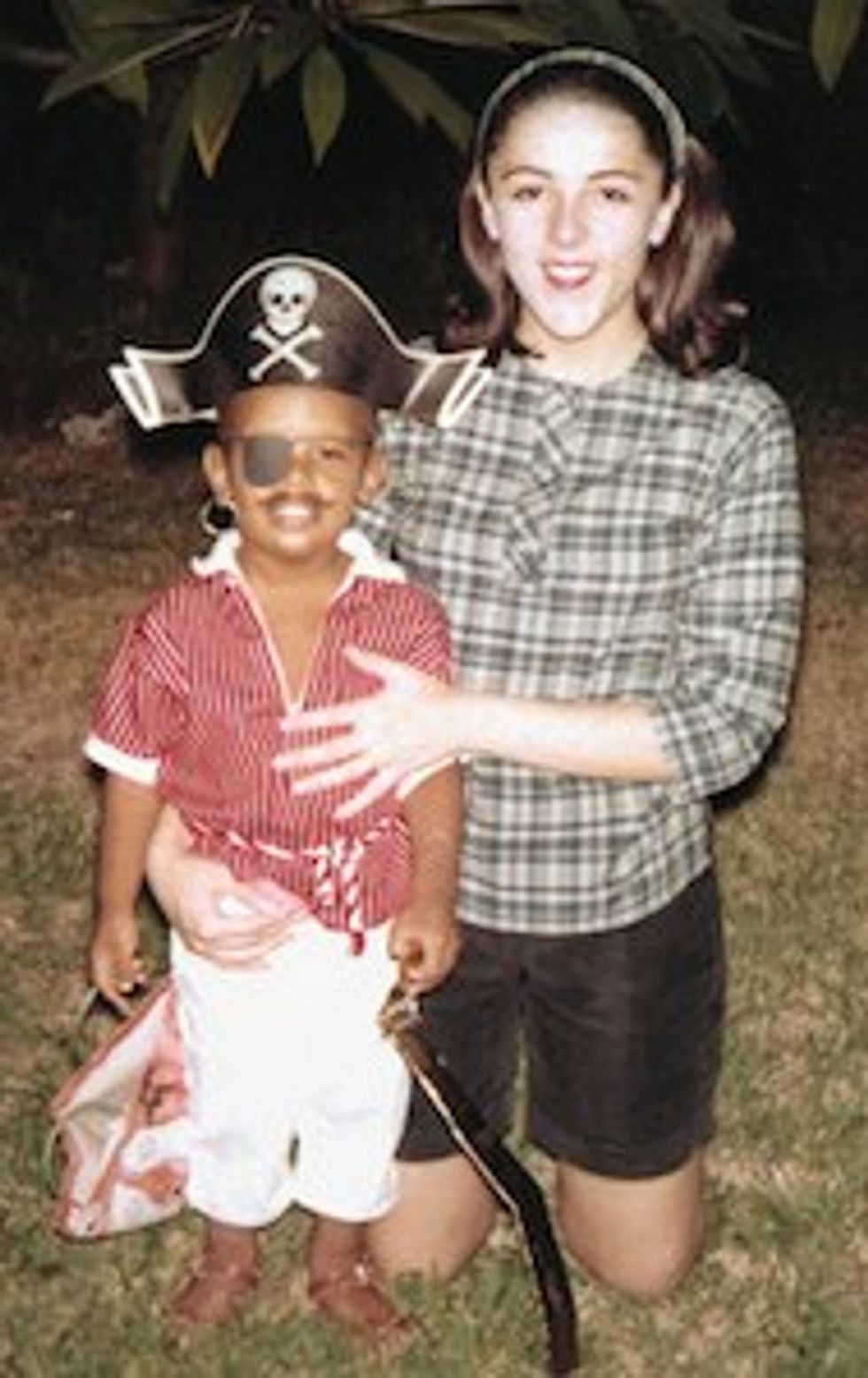 It is common knowledge in this country that the path to a legitimate American presidency begins with baptizing a white baby in a fountain of oil and money and includes a few years of reckless drug experimentation and, potentially, a religious epiphany, before the Bombing and Ruining Everything phase kicks in. This is why Americans are so frustrated with Barack Obama and his confusing family history, with all its Kenyans and fake birth certificates andnear-adoptions. Yes, apparently Barack Obama was sort of, almost, maybe put up for adoption, and only narrowly escaped the fate of becoming a Bachmann foster child.

Good old Barack Sr. was just having a blast at the University of Hawaii, walking to class in his board shorts and catching some waves, or whatever they do there. Then someone screamed “Polygamist!” and he thought maybe he should just ditch our Barry at the nearest donation center with a diaper bag and a few dollars for the next bus out of town.

When he was questioned by the school’s foreign student adviser, the 24-year-old Obama insisted that he had divorced his wife in his native Kenya. Although his new wife, Ann Dunham, was five months pregnant with their child - who would be called Barack Obama II - Obama declared that they intended to put their child up for adoption.

“Subject got his USC wife ‘Hapai’ [Hawaiian for pregnant] and although they were married they do not live together and Miss Dunham is making arrangements with the Salvation Army to give the baby away,’’ according to a memo describing the conversation with Obama written by Lyle H. Dahling, an administrator in the Honolulu office of what was then called the US Immigration and Naturalization Service.

Obama, the Subject, and his USC, or United States citizen, wife, obviously, did not put their baby up for adoption. Whether the young couple actually considered such a step, or the elder Obama made the story up in order to appease immigration officials who at the time were considering his request for an extension of his stay in the United States, is unclear. Family members on both sides of the marriage now say they never heard any mention of adoption.

So now we have a memo that is partially in Hawaiian and the possibility that Barry Sr. was just a big liar with a lot of wives. This is wonderful, because this country has been lacking in birther outrage lately. Oh, if only Barry had been adopted, he could have been a contributing member of society, instead of a secret Muslim dictator. [The Boston Globe/Wonkette operative “Ari”]