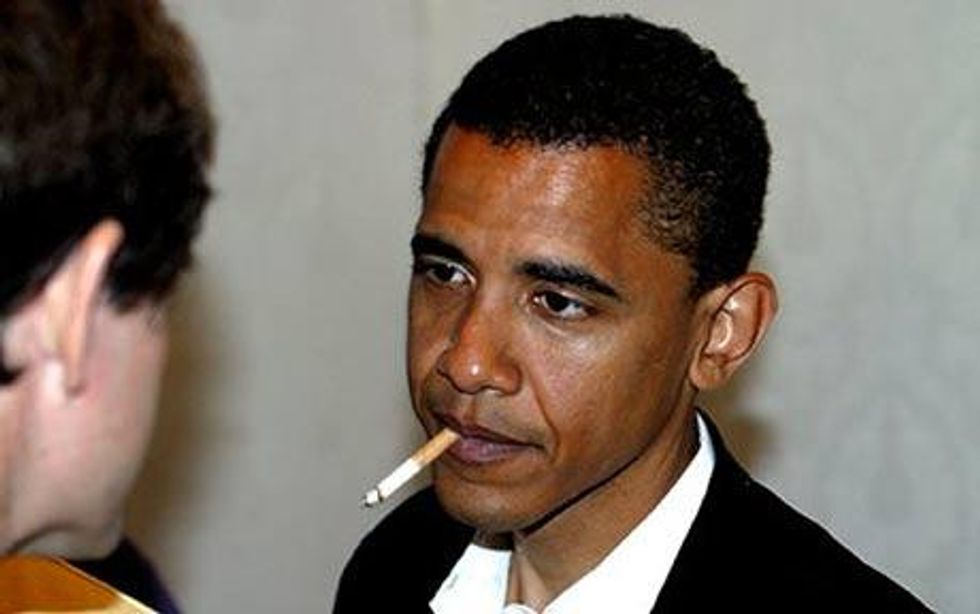 Barack Obama, the president of these here United States, has given back five percent of his salary in solidarity with the most tragic victims the world has ever known: children what didn't get to go on their White House tours. So that's ... nice? We guess? But if anybody in the administrationthinks that will make Sean Hannity and Ghost Andrew Breitbart stop hitting them, they probably caught brain-eating syphilis from the Stupidest Man on the Internet, Jim Hoft.

The White House came up with the 5 percent figure to approximate the level of spending cuts to nondefense federal agencies that took effect that day.

“The president has decided that to share in the sacrifice being made by public servants across the federal government that are affected by the sequester, he will contribute a portion of his salary back to the Treasury,” the official said.

Word of the president’s decision came a day after Defense Secretary Chuck Hagel and Deputy Defense Secretary Ashton B. Carter disclosed that they would return a share of their salaries commensurate with the pay lost by the department’s civilian employees who are expected to be furloughed for 14 days before the end of the fiscal year.

Prezzy and Mrs. O already give more than 20 percent of their adjusted gross income (that sweet $400k salary plus loads more in royalties, because we elected a goddamn WRITER to be our National Hero No. One, just like CUBA) to dumb charities that aren't even the Mormon church. Which is nice! We at Wonket love charity, and accept it gratefully!

But the people who are bitching about the fact that the Kenyan Impostor and his Bride go to restaurants on Valentine's Day -- and who once complained that Mrs. Obama's mother, by moving into the White House to help care for the girls, would cost taxpayers money by using electricity and water -- aren't exactly going to be swayed by this teeny bit of belt-not-that-tightening, and we can't help feeling like Nobumer is falling for their stupid game.