Barack Obama To Imprison All Cat Videos In FEMA Camps 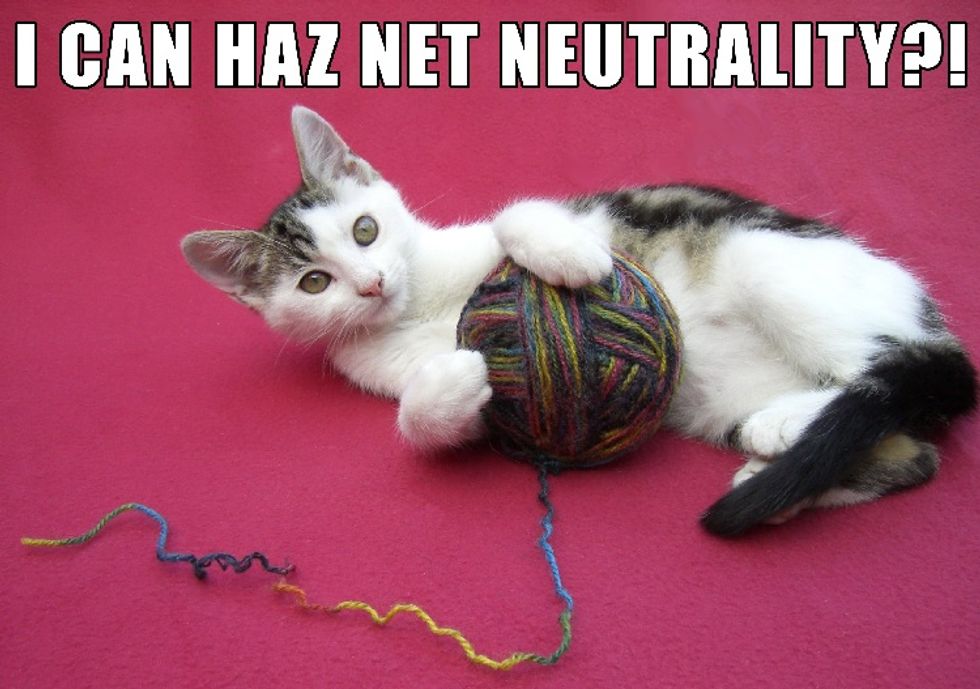 Barack Obama announced his support for Net Neutrality today, and after slapping a ruler on the desk as soon as everyone's eyes glazed over, he said he wants the Federal Communications Commission to reclassify internet services as a utility, which would allow the agency to keep internet providers from giving preferential treatment to data from companies willing to pay the highest possible fees. Pay attention! Yes, we know Net Neutrality is not sexxxy, but this is one of those things where you have to stay awake if you don't want Time Warner or Comcast to win.

Actually, that Oliver piece may have helped us get to where the FCC is more likely to take action, since his call for internet trolls to finally use their powers for good helped generate a goodly chunk of the 4 million public comments on the issue. And here's why it's important for the FCC to reclassify the Series of Tubes as a "utility," despite a D.C. appeals court trying to kill net neutrality dead with fire. It will allow the agency to make sure that those tubes treat all content equally, instead of allowing Internet companies to prioritize traffic from companies willing to pay for their content and consigning everyone else to the Internet Slow Lane like we were Fort Lee-bound commuters on the George Washington Bridge. Or some poor schlub trying to cancel his Comcast service.

Get ready to hear a lot of whines about Obama trying to ruin the Interwebs, because Internet providers and some of the big-money customers who'd love for their content to dominate are really, really against this. You will hear some very butthurt rich people crying about the end of freedom as we know it, even though Net Neutrality is actually about keeping the internet the bizarre free-for-all it's always been.

Here are the ground rules Obama wants the FCC to put in place, as laid out in a White House statement today:

Fairness? Equality? Hey, if we can't have them in campaign finance, why should we expect any better on the Internet? Still, here's hoping that this important but unexciting reclassification goes through -- you know it matters, because the people who are screaming the loudest against it are so transparently terrible.

[White House via The Verge]