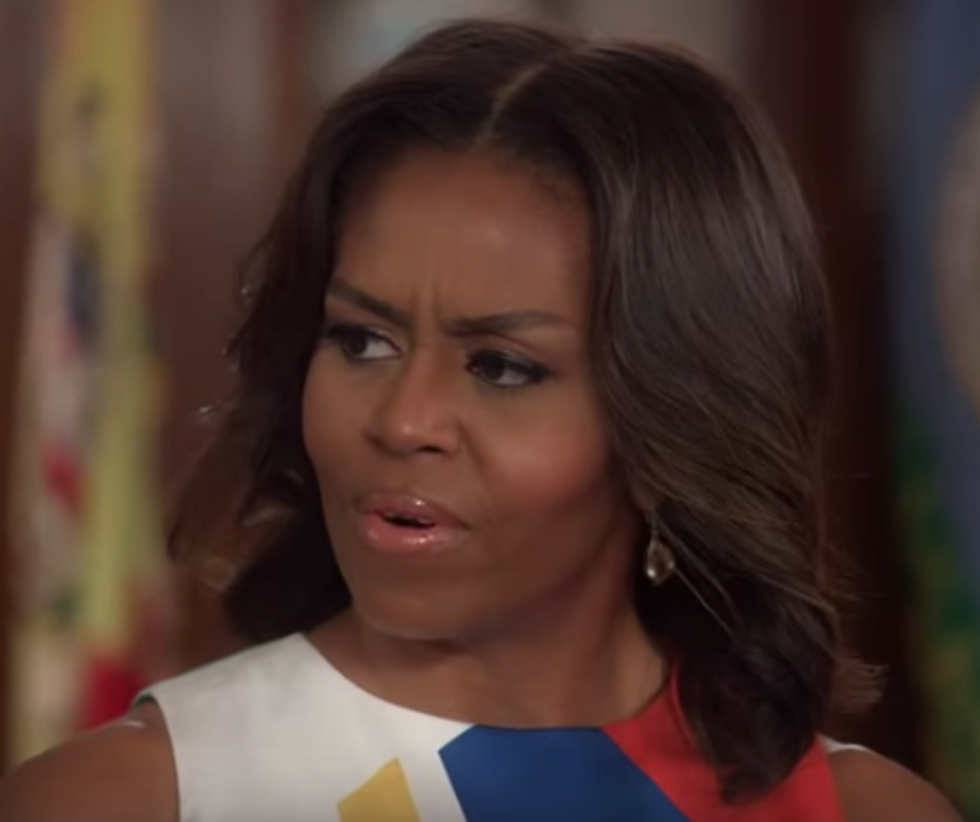 Barack Obama, world president, sat down with some sportsball guy and they totally bro-ed down on some sportsball things, about which we do not care. But included in their amiable chatting and hale-fellow-well-met, were a couple of sparkling gems and shiny baubles (not all of which were about Game of Thrones), as pointed out by TPM.

What’s the most entertaining conspiracy theory you ever read about yourself?

That military exercises we were doing in Texas were designed to begin martial law so that I could usurp the Constitution and stay in power longer. Anybody who thinks I could get away with telling Michelle I’m going to be president any longer than eight years does not know my wife.

First of all, Barack, if I may call you that, which I am not doing because it is disrespectful: REALLY? "My wife is such a bummer won't let me have any martial law"? REALLY? Aren't the my-shrew-wife jokes a little old at this point? YOU ARE NOT HENNY YOUNGMAN, SIR. YOU ARE THE PRESIDENT OF THE WORLD. Also, no way to know what goes on Behind Closed Doors, and maybe Michelle Obama is the meanest woman to ever be co-president since Barbara Bush taught Richard M. Nixon how to hate. But to those of us for whom Ms. Michelle is the classiest, warmest, prettiest, strongest, most elegant motherfucker IN THE WORLD -- and I am including the Queen of England, who thinks so too -- maybe shut your commander-hole!

[contextly_sidebar id="raL1KZtE1EbDsooPW9MFjpmCNI5tzaSS"]Second of all, Mr. President, because that is what I will call you because it is your name: REALLY? Not the gay-coke rumors? Or that your dad is some old hep-cat jazz communist? Or that you were NEVER EVEN BORNED?

That's weird, we think those ones are way funnier than ol' "Nobummer gonna grab my guns with his black helicopter drones, in Texas." Because that's not even crazy, it's just Murica.