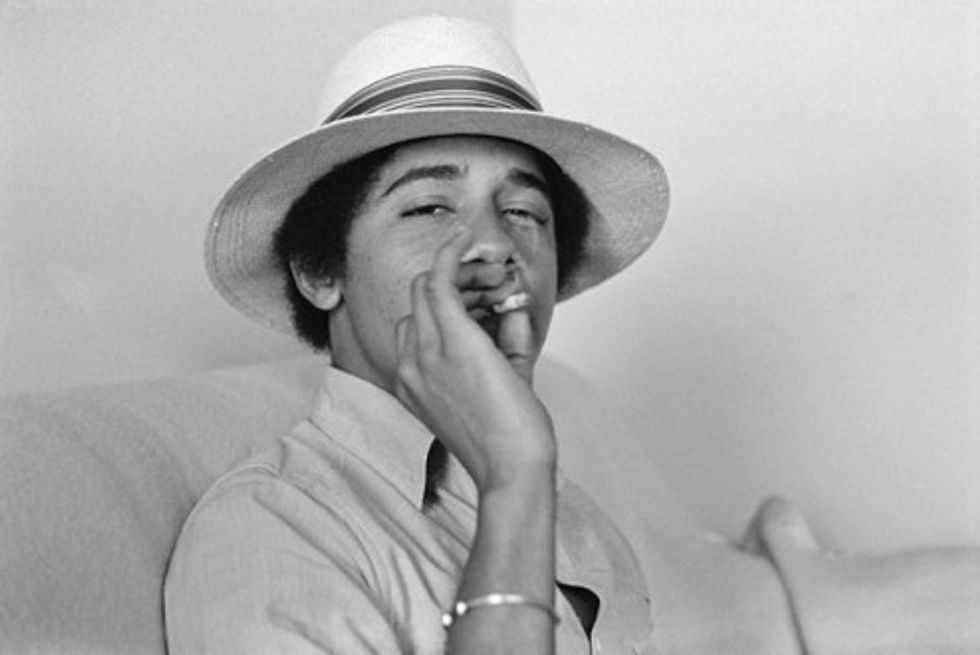 In shocking, off-script comments, Barack Obama yesterday all but admitted that rumors of his cocaine habit are 100% true. At a White House event celebrating "gay" Pride Month Monday, the President, whose college grades we've still never seen,made a reference to the secret ingredients that he has ordered retiring White House executive pastry chef Bill Yosses (he's retiring because Michelle put him into Health Food Jail) to put into the delicacies that the First Couple feasts upon while Americans are out of work and our international reputation slides into irrelevance:

"His pies, I don't know what he does, if he puts crack in them--" the President said.

"No he doesn't," First Lady Michelle Obama laughed. "There is no crack in our pies."

No surprise that the administration's Marie Antoinette, who admitted she never took pride in America until her husband took power, would try to deny it. Shocking video follows!

The Kenyan Usurper also referred to the retiring pastry chef as "the crust master," which was almost certainly a veiled drug reference as well.

Follow Doktor Zoom on Twitter. He wouldn't want to see what would happen if you added crack to a Pinkie Pie.