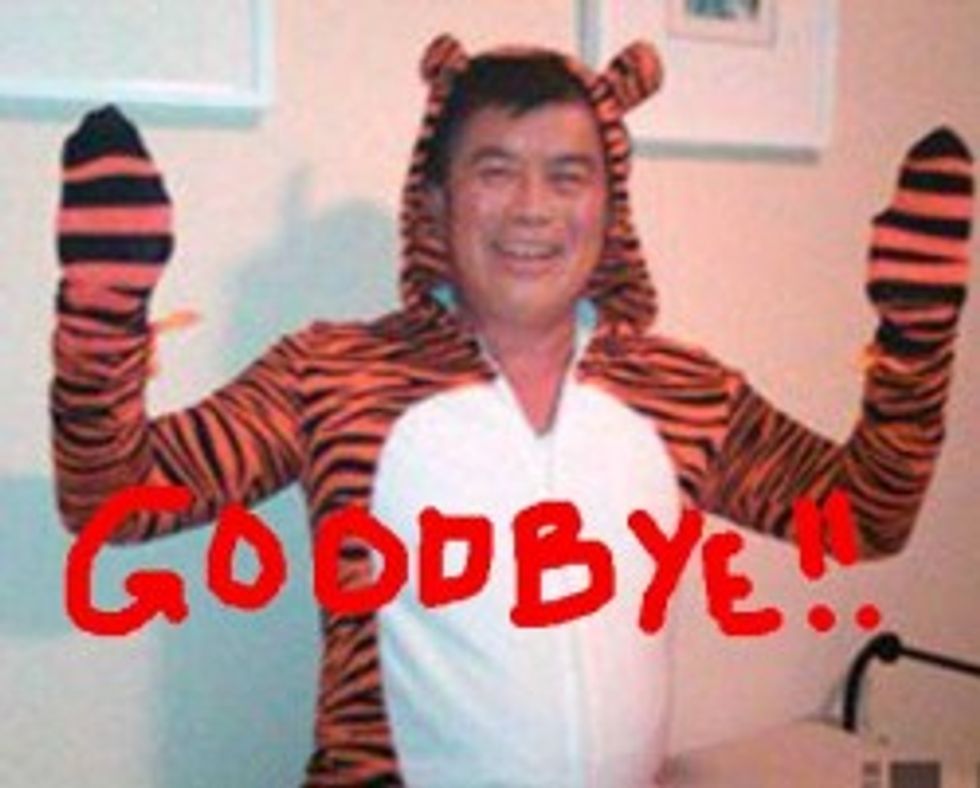 Well, that was fast! Furry sex aficionado Rep. David Wu announcedhe will resign after the debt crisis negotiations are over (hahaha, so actually he means "never") because of this sexytime incident with the 18-year-old daughter of his high school classmate that we heard about only a few days ago. Hooray, Congress is down another creepy pervert sex predator! Only several hundred more to go, we guess. Mostly we feel awful for the young woman that Wu sexed, for obvious reasons. We are also sorry for Nancy Pelosi, who has been spending a lot of her time this summer forced to listen to Democratic lawmakers talk about their sordid peen problems. Oh well, adios to the only member of Congress who will never be remembered for anything besides wearing a homemade Tigger costume, for America.

The congressman had been pressured to step down after the House Democratic leader sought an investigation into the woman's claims that the interaction was unwanted.

Wu, 56, a seven-term Democrat from Portland whose unusual behavior had been the subject of news stories earlier in the year, has said the encounter was consensual.

In a statement, he said, "I cannot care for my family the way I wish while serving in Congress and fighting these very serious allegations."

Wu continued, "The wellbeing of my children must come before anything else. With great sadness, I therefore intend to resign effective upon the resolution of the debt-ceiling crisis."

And that is that. Thank God at least Twitter wasn't involved. [MSNBC]