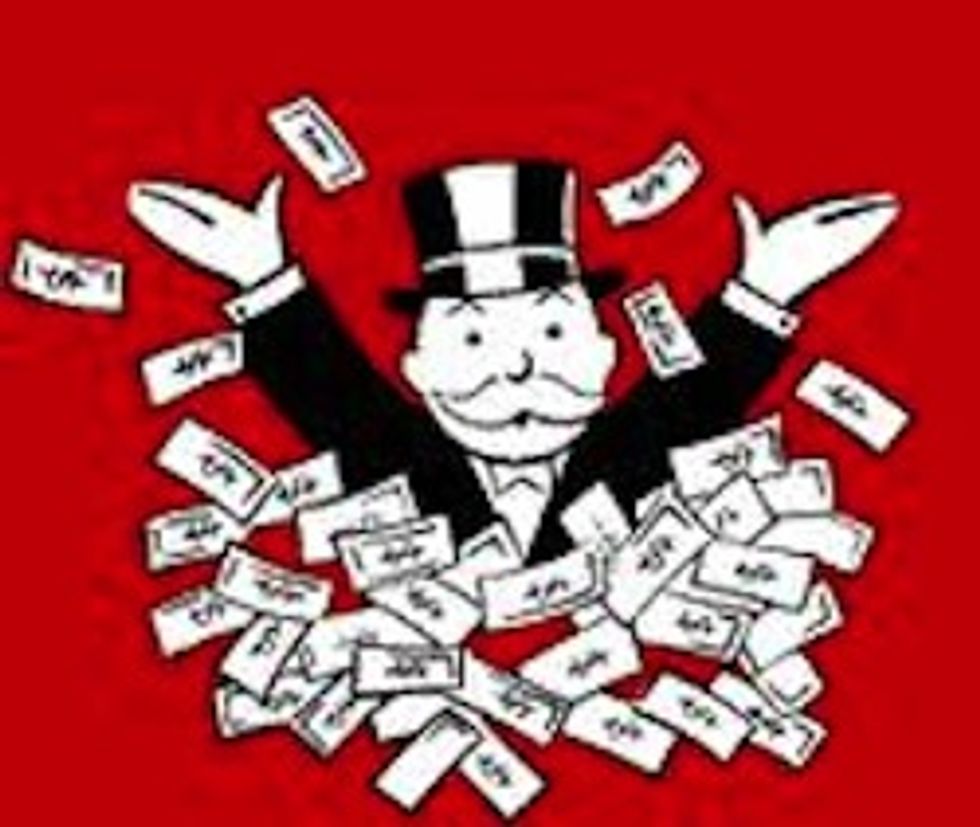 You've probably been wondering if former mayor of New York Michael Bloomberg has found himself a new gig yet. Which is really stupid of you, because he has so many dozens of billions of dollars, he could buy and sell Donald Trump a thousand times over, so he doesn't need a job, like, ever. But apparently, despite dropping by the offices of his various media-and-financial industrial complexes to bug the receptionist, he's BORED NOW, no doubt missing the thrill of ordering New York's finest to arrest millennial campers and soda guzzlers.

So there's this idea:

Speaking to the Financial Times, the founder of the eponymous financial information group criticised the quality of the debate in the presidential race. He said that he was "looking at all the options" when asked whether he was considering putting his name forward.

"I find the level of discourse and discussion distressingly banal and an outrage and an insult to the voters," Mr Bloomberg said in an interview, before adding that the US public deserved "a lot better".

Be right back, stabbing ourselves in the eye socket with an Aurora Diamonte fountain pen. Distressingly.

Bloomberg is fond of letting Some Say he might run for president; he's done it before -- like, two dozen times before -- and you'll note that you've never seen his name on a presidential ballot. But this time, he might be for reals because the one thing that's missing from the 2016 presidential race is some white dude. No wait, that's not it. A New Yorker? Not that either. A billionaire? No. A self-aggrandizing butthead? Oh, we give up.

Still, Bloomberg seems to think there might be a a silent majority out there desperately yearning for him to spend a billion or so of his own bucks to mix things up a bit. Not in Iowa, mind you, where he's as popular as solar energy:

Highlighting the steep climb that Mr Bloomberg would probably face, a poll conducted by his own news organisation and the Des Moines Register ahead of the Iowa caucuses found that only nine per cent of Republicans had a favourable view of him, while 17 per cent of likely Democratic voters in the state had a favourable opinion.

But somewhere out there in America, perhaps voters are sick of the same old Donald Trumps and Bernie Sanderseses always being president, and they're looking for something new and different, only not that new or different, just a lot richer:

Mr Bloomberg told the FT that he would need to start putting his name on ballots across the US at the beginning of March. "I'm listening to what candidates are saying and what the primary voters appear to be doing," he said.

[contextly_sidebar id="GRYJSHDdqLe1wFMhrJetyutn6K9SmLNL"]Hear that, New Hampshire? Tuesday's your big fat FIRST! in the nation chance to reject the leading status quo candidates and call upon Bloomberg to jump into this election double-quick, so he and his independent bazillions can Make America Even Greater Again. If he's lucky enough. As the mayor once observed about the 22,000 homeless children living in his city when he was still the boss of it and yet unable to do anything to help them:

Maybe God will decide He has other plans for Bloomberg. Let us pray.