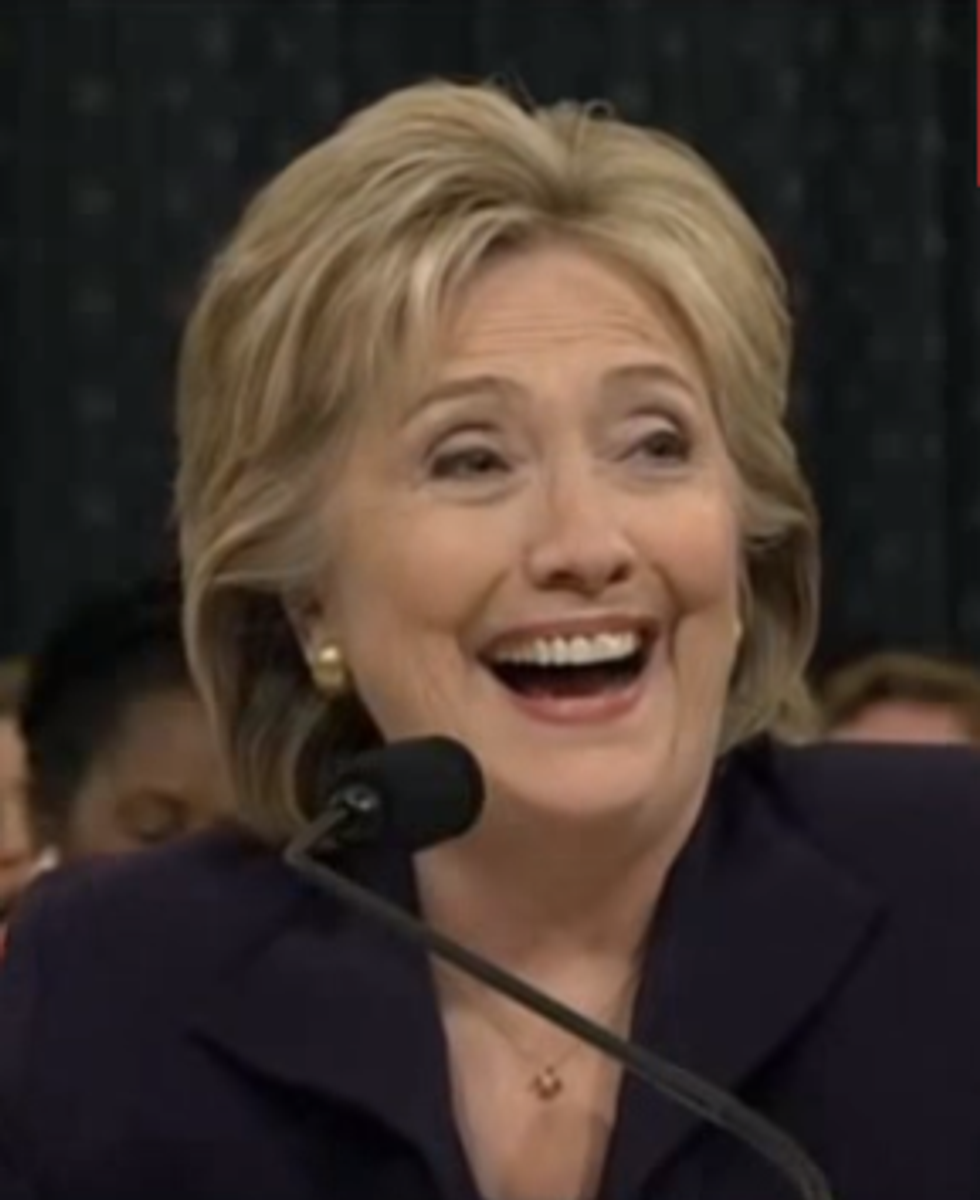 Somewhere around the 178th hour of the Republican Benghazi committee's hearing, tentatively titled, "OOPS WE JUST MADE AN ELEVEN HOUR HILLARY CLINTON CAMPAIGN AD, WE ARE FIRED," there was a moment of funsies! Remember the idiot Alabama Rep. Martha Roby, the one who seemed to be there representing her sorority? Because she was just pretty sure? That Hillary? Did stuff bad, like, such as? Yeah, HER.

Watch, read, LAUGH YOUR FUCKING KNICKERS OFF AT THE DUMB-DUMB FROM ALABAMA:

ROBY: Secretary Clinton, I wanna follow up, um, on questions about the night of the attack and decisions made then. Um, you, um, wrote in your book Hard Choices? That um, you were directing the State Department response the night of September 11, 2012, but you also stated that you left your office on the night of the attacks, and went to your home in northwest Washington, because you said you knew the next few days were going to be taxing, and the department was going to be looking to you. Um, I wanna talk about a few things.

Do you have a SCIF in your home?

ROBY: Okay and who else was at your home? Were you alone?

HILLZ: I was alone, yes.

ROBY: Did you have any in-person briefings? I don't find it funny. At all.

ROBY: Well, I mean, the reason I say it's not funny is because it went well into the night, uh, when our folks on the ground were still in danger, so I don't think it's funny ...

HILLZ: Congresswoman, you asked if I had a SCIF. I had secure phones. I had other equipment that kept me in touch with the State Department at all times. I did not sleep all night. I was very much focused on what we were doing.

For thems what do not know, a SCIF is a Sensitive Compartmented Information Facility, set up in a building or home, for the protected transmission of classified info. And Hillz had one, at her house, because she was a Big Important Lady.

So like, look, Rep. Roby, we know life is confusing, and it's tough to imagine how Hillary might have been able to direct work at the State Department in the dead of night during a crisis, but she had the whole home office thing set up, and facsimile machines and cellular phone iDevices, and she did not actually have to go into the office -- or hop the first cargo flight to Benghazi -- to follow what was happening in Libya.

See? That's funny. And so was the thing that happened when the congresschick from Kappa Kappa Gamma asked Hillary if she was ALL ALONE FOR REAL THAT NIGHT?