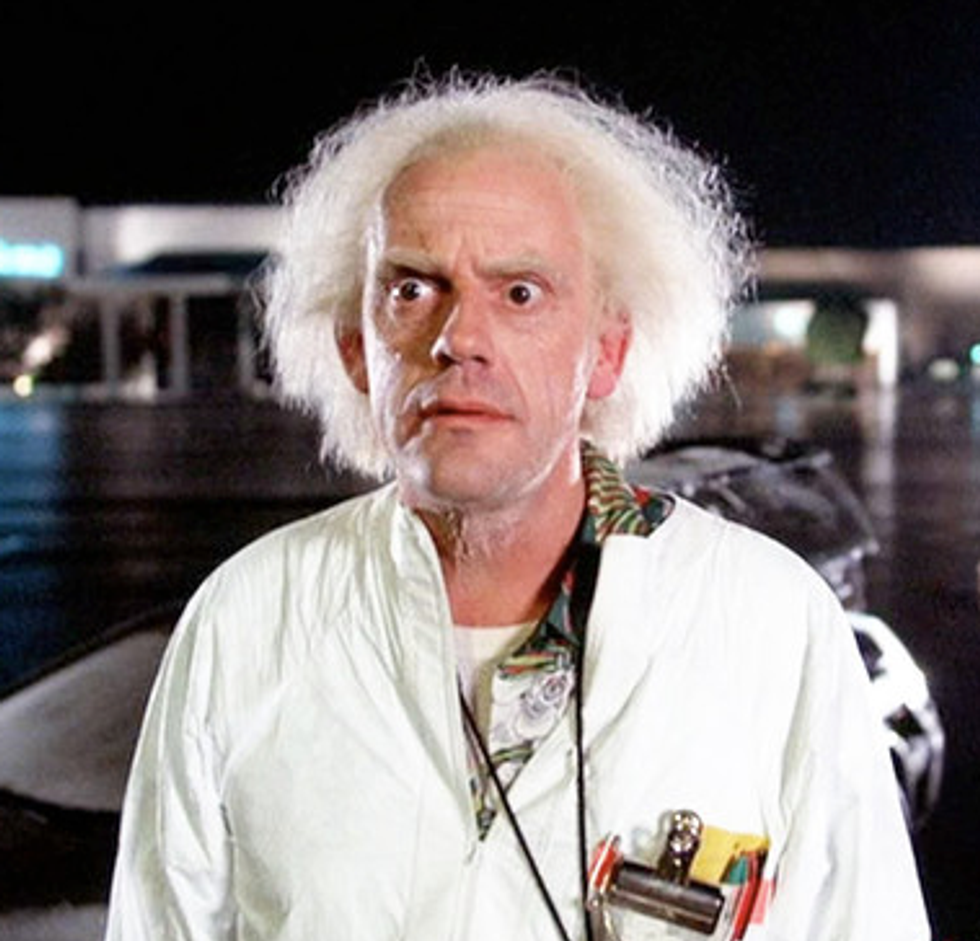 [contextly_sidebar id="Vc1xgr8EmxJnO0Ugu0cZBXaVQdjKYEHI"]Looks like Bernie Sanders has thrown Hillary Clinton out a window, while simultaneously pulling her intestines out through her ... bottom? nose? let's go with nose -- in Wonkette's first-in-the-nation primary, where you vote with money like God and the Founding Fathers and Citizens United intended!

who knew Excel came with poops?

That is just a very professional chart.

Wasn't Wonkette supposed to reveal the results of our important primary just before Dixville Notch, New Hampshire, a week-ish from now? We were! But then the Universal movie emporium cottoned to our Bernie For The Future bearing some slight resemblance to beloved lunatic "Doc Brown" from Back to the Future, and they ceased and desisted us! So while we believe we have an excellent claim to "parody-fair use," we do not particularly feel like trebling Universal's damages plus lawyers' fees should a judge find that we are incorrect, especially as we only went to law school in our head.

Universal's lawyers have kindly given us 14 days to take our dear Bernie For The Future shirts off our web-site even though some poor dumb person somewhere might get confused and think the Universal mega-corporation was endorsing Bernie Sanders somehow, by our pointing out his physical resemblance to a different guy, that would definitely be confusing to idiots. So that is very nice of them!

Whistle whistle whistle what's this no idea. (Pssst, we still got some coffee cups here too, but those will take quite some time to send to you since they're at home and we're wending our way Iowa- and New Hampshire-ward. Just be cool and patient like the cool patient dude you are.)