Best Ad Of 2014 Campaign Is For Fake Candidate 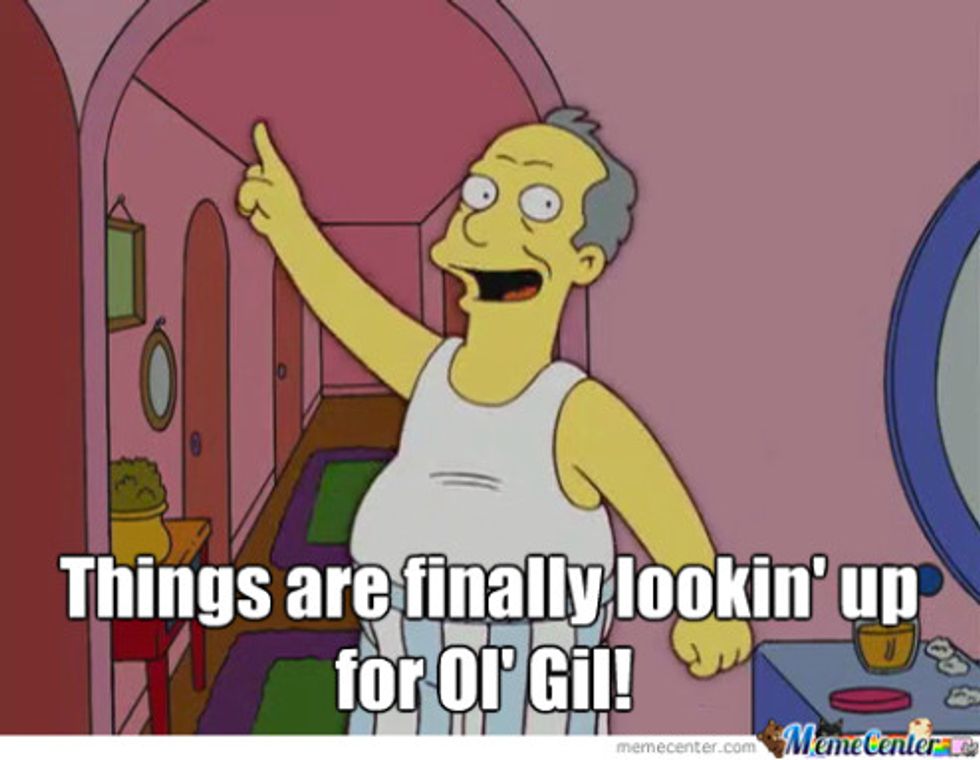 Here's long-shot (OK, no-shot: he's actuallyfake) Kentucky [not again, dammit, Dok!] Senate candidate Gil Fulbright, with a campaign ad that's doing this cool "meta" thing. It's far funnier than most real campaign ads that try to be funny, which you can do, we suppose, when you're not a real candidate:

Hi, I'm Gil Fulbright. The people who run my campaign, they've made this commercial -- and I'm in it. This campaign -- it's not about me, it's about crafting a version of me that will appeal to you. A version that visits random worksites with paid actors, pointing at things. A version of me that doesn't find old people loathsome or pointless. Has a conventionally attractive yet curiously still family.

Also, too, there really is a point to this: "Gil," or if you prefer, "Phillip Mamouf-Wifarts," is the creation of Represent.US, a group seeking to "end the culture of legalized corruption that has come to define modern politics." Among other clean-government luminaries behind the group are Harvard Law School professor Lawrence Lessig, Norman Ornstein, who ticked off his colleagues at the American Enterprise Institute with his book It's Even Worse than It Looks, and honest-to-god dishonest slug Jack Abramoff, who is trying to redeem himself as an anti-corruption activist. Go figure!

We're kind of glad that "Gil Fulbright" is fictional, since he'd probably split the anti-Mitch McConnell vote and doom Allison Lundergan Grimes. Oh, damn, there we go being partisan hacks.

Follow Doktor Zoom on Twitter. Is it a bad thing that Ol' Gil is the Simpsons character he identifies most with?