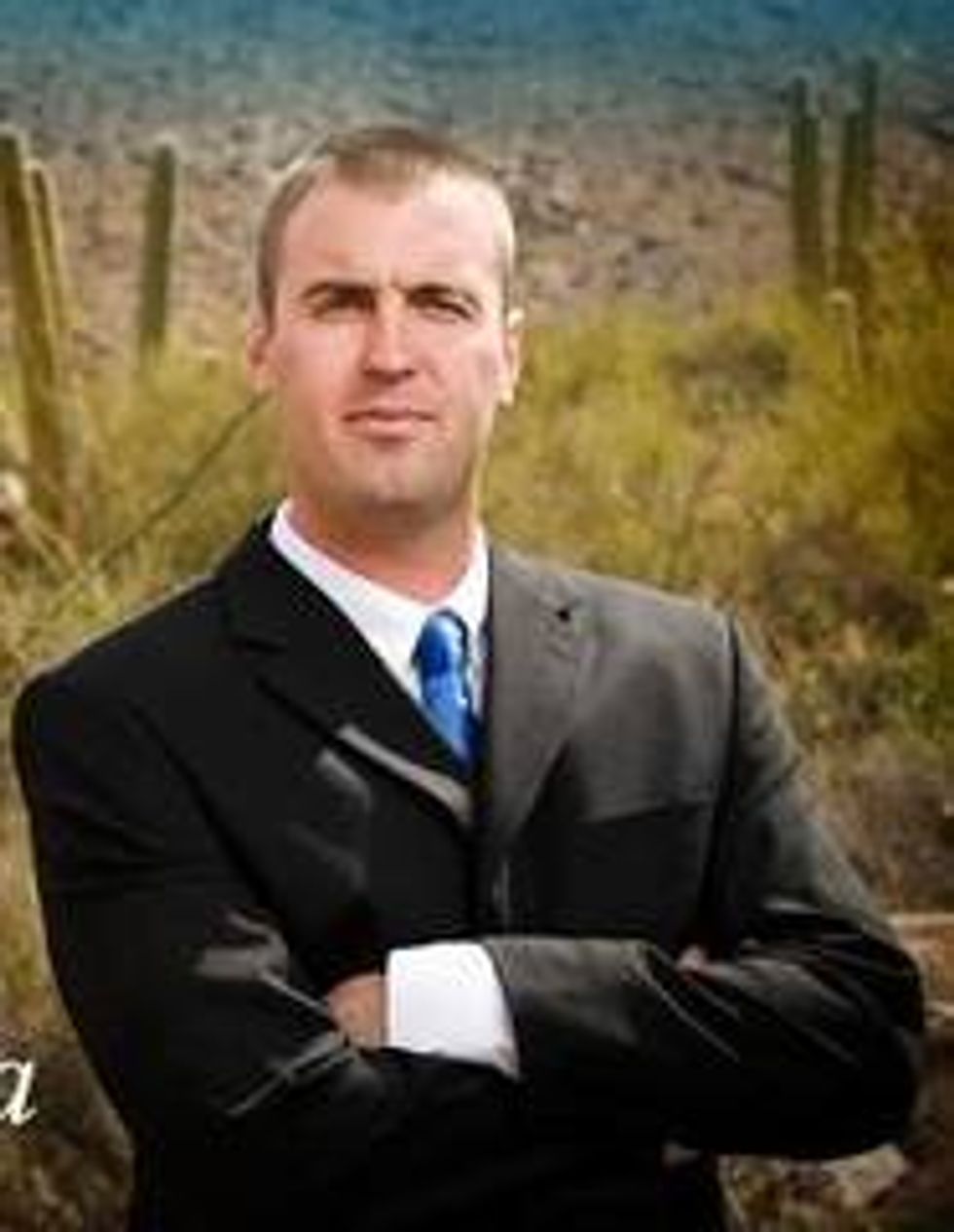 Sad news from Arizona. Menacing idiot Jesse Kelly has lost thespecial election to replace Gabby Giffords in the House. Giffords' former district director, Ron Barber -- who was also injured the day Giffords was shot -- will serve the remaining six months of her term. Luckily, the next election is only six months away! Third time is the charm, right vaguely robotic and suspiciously McVeighish perennial candidate Kelly? Right!

Let us relive Jesse Kelly's greatest hits together, here. First there was the time Jesse Kelly became Miss Teen South Carolina, like such as. (Hint: the question was "What do you think about healthcare, is it a right or a privilege?") He personally believes ...

My belief system is this. The health care for anybody but especially for our nation. The highest quality and lowest cost can only be delivered without the government. What I believe is that all things we drive, we do, health care, anything, is a privilege to some extent. Life, liberty, and the pursuit of happiness, those are inalienable rights endowed by your creator. If you’re claiming a right, if you’re going to say anything’s a right, if you’re going to say you have a right to a cell phone, then who has the responsibility to pay for it? That’s what I believe.

And then there was this:

Don't let those GOPpies force you out of the race just because you keep losing, over and over, because people are put off by your smug fascism, and also by how you are a moron. Stay, Jesse Kelly. Stay.