Bic Sorry For Being A Dic In Sexist South African Ad 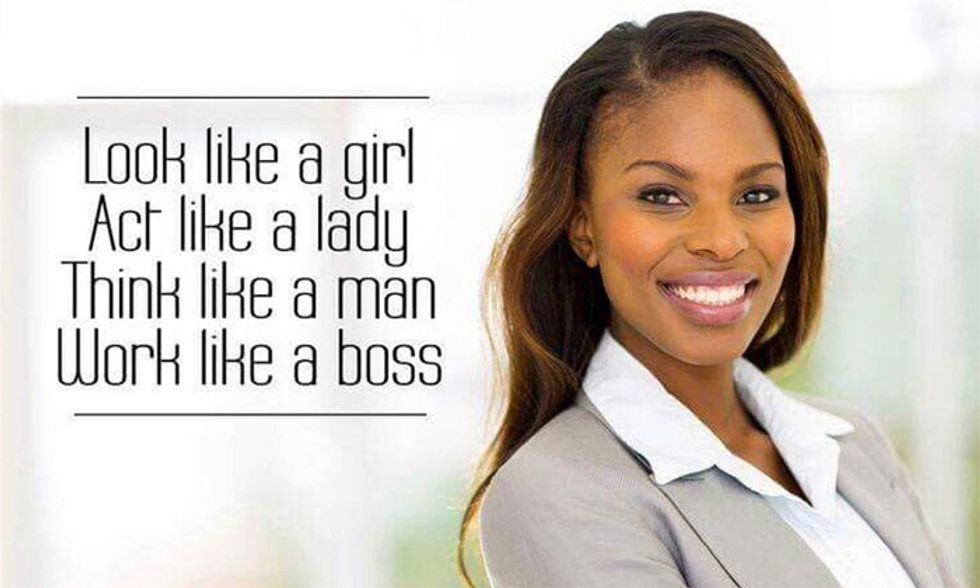 So here's one way to really win the Lady Demographic: On a South African holiday celebrating women's achievements, Bic, the maker of writing utensils, ran a Facebook post with the empowering message, "Think like a man." Maybe they should have been even more empowering and changed the slogan to "Think like a male ad executive thinks an empowered woman might think. And show some cleavage, babe." It's almost as brilliant a marketing fail as that time the Goldman Sachs gave women at a tech convention a pretty makeup mirrors and nail files.

20,000 women, representing all racial backgrounds, came from all over South Africa to march on the Union Buildings, where they stood in silent protest for 30 minutes while petitions with 100,000 signatures were delivered to the Prime Minister’s office. Many men in the anti-apartheid movement were surprised by the women’s militancy, and the protest contributed to women playing a bigger role in the struggle for freedom and democracy. August 9th now is celebrated as National Women’s Day in South Africa.

So, yes, a perfect day for an ad urging women to "Look like a girl, Act like a lady, Think like a man, Work like a boss." Maybe they could have added "Bic's awful proud of you li'l gals! You've come a long way, baby!"

On Tuesday, Bic South Africa issued an apology on Facebook, saying that it understood the ad was offensive and a mistake -- but only after posting and then removing a different apology that was a lot less apologetic, and explained to dumb offended ladies that the ad was meant to be a message of empowerment. Eventually -- we're guessing after a few death-stares by women in the organization (should there in fact be any) -- the company posted its revised apology:

"This post should never have gone out," the company said Tuesday. "The feedback you have given us will help us ensure that something like this will never happen again, and we appreciate that."

We're guessing that Bic South Africa is starting to regret having hired Donald Trump as its women's outreach coordinator.