Bill Cosby: I Put The Rape Drugs In The Women 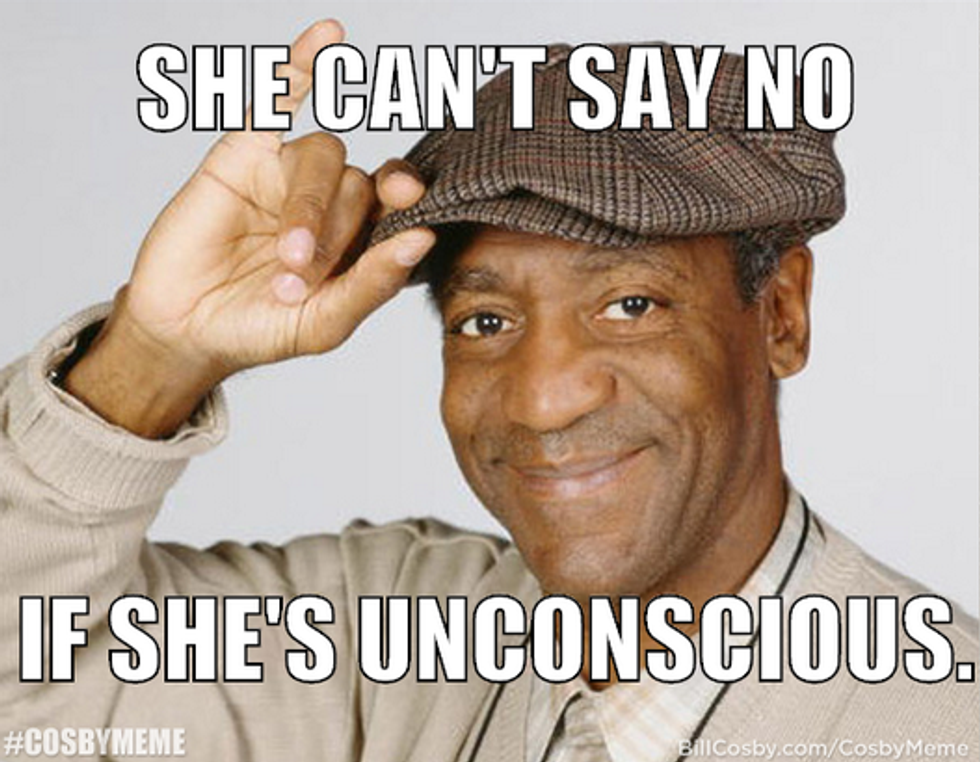 In news that will surprise NOBODY IN THE WORLD, it's being reported that Bill Cosby admitted, all the way back in 2005, that yes, he got some rapey Quaaludes, to give to ladies, for rapey purposes:

Bill Cosby testified in 2005 that he got Quaaludes with the intent of giving them to young women he wanted to have sex with, and he admitted giving the sedative to at least one woman and "other people," according to documents obtained Monday by The Associated Press.

The AP had gone to court to compel the release of the documents; Cosby's lawyers had objected on the grounds that it would embarrass their client.

Bet he's embarrassed now that people are JUST FINDING OUT that he is a big old rapey, Cosby Sweater-wearing fool.

The lawsuit in question was filed by just one of the ladies who have accused Cosby of inappropriately raping them, and god, this story has just been going on for YEARS now. Tina Fey tried to warn us. A whole lot of women tried to warn us. Bill Cosby himself tried to warn us, back when he told a HAHAHA JOKE about how great rape drugs are, HAHAHAHA.

And then CNN idiot Don Lemon weighed in, explaining that if Bill Cosby is raping you right now, you should just bite him on the dick.

In conclusion, go to jail. Do not pass go, do not collect $200, and fuck off, you disgusting pervert.