Bill Kristol Joins Twitter, Will Now Be Wrong 240 Characters At A Time Or Whatever 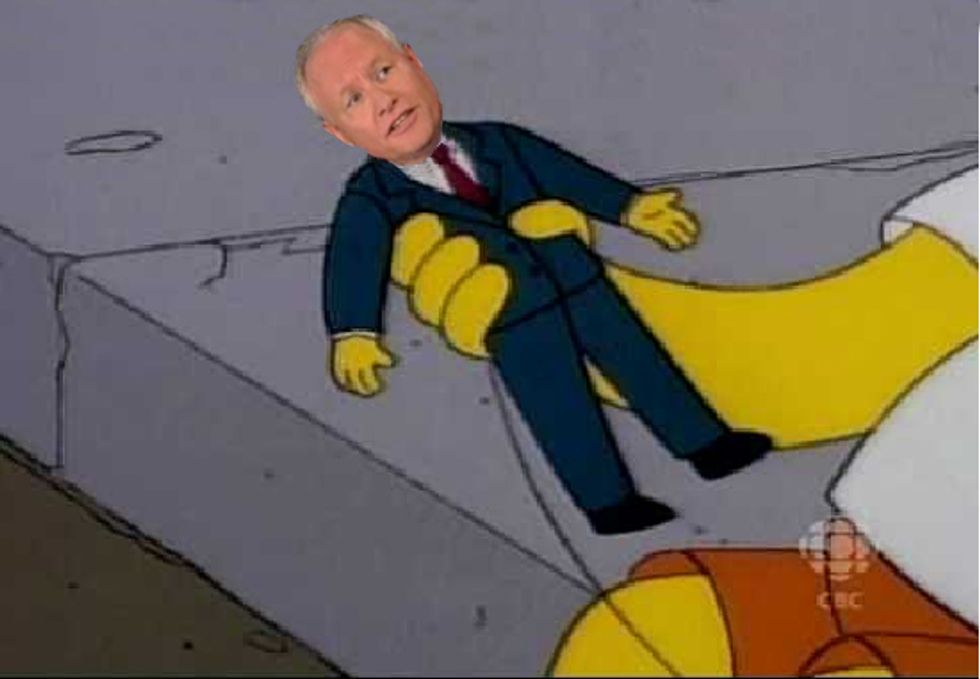 Wowie, kids, here's big news: Mr. Excitement himself, William Kristol, the most spectacularly wrong pundit in the history of ever, has gone and gotten himself a Twitter account. Now, instead of having to wait a few days between columns or Fox News appearances in which he bloviates over who we should bomb next, we can hear it immediately. For that matter, given the astonishing number of places he'd like to bomb, he may as well just rig up a script to post "We need immediate military action in [country name] if America is to remain a credible world power" a couple times a day.

So now the man who encouraged Republicans to stop listening to young folks with their Gay Marriage -- because “Young people are sometimes wrong” -- is now on the Youngs' preferred medium of communication. Thrill to his timely discoveries, like that 2013 column when he became the last person in America to realize nobody likes Sarah Palin, except for Sarah Palin, of course. And so, here is his initial Tweet!

OMG! Why is Bill Kristol all of a sudden flirting with Mahometanism, anyway? (Don't worry -- this quote will actually keep the Muselmänner away, because it is mostly Bacon.)

And others were simply giddy with anticipation:

But our personal favorite simply offered practical advice that fits the recipient perfectly: