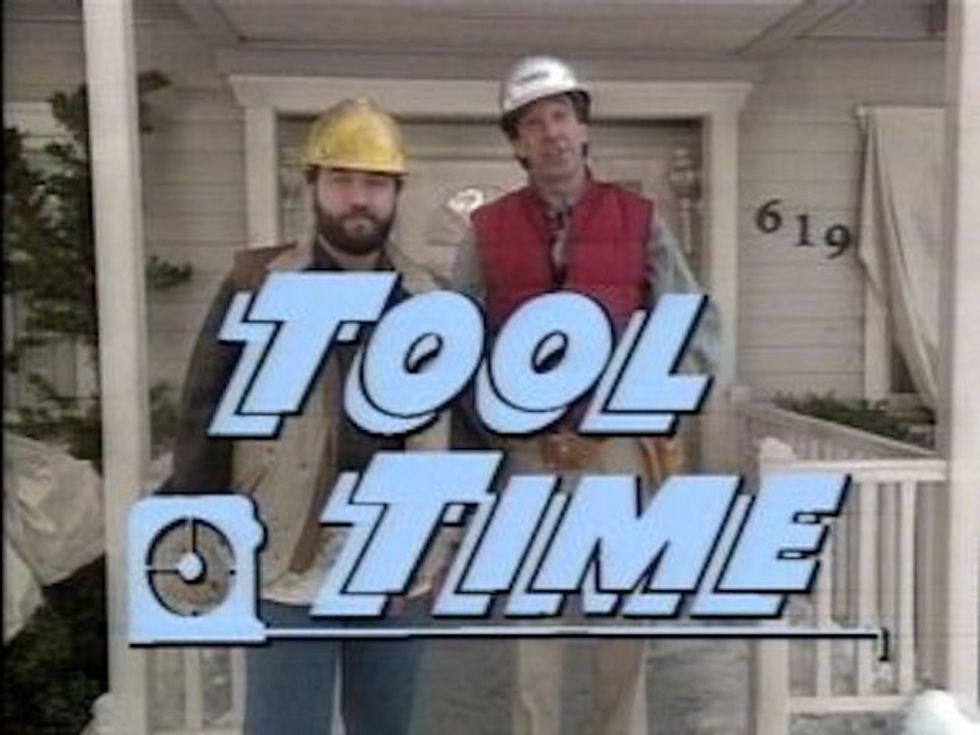 In an exclusive interview with none other than Glenn Beck, former Fox host Bill O'Reilly accused "the far Left" of orchestrating his downfall at Fox News. Apparently, someone from "the far left" figured out time travel and was able to go back to 2002 and force O'Reilly to start sexually harassing ladies who would later sue him for that reason. Somehow!

O'Reilly explained to Beck -- without going into details -- that this firing was all the work of some left-wing cabal trying to destroy voices they don't like:

Look, this was a hit. And in the weeks to come, we’re going to be able to explain some of it. And it has to do with destroying voices that the far left and the organized left wing cabal doesn’t like. So that’s the general tone. Now, I can’t get specific because there’s a lot of legalities here.

There’s going to be an exposition soon, but I can’t tell you when about what exactly this crew that goes in and terrorizes sponsors, that threatens people behind the scenes, that pays people to say things, we’re going to name them, and it’s going to be a big, big story. The story will be downplayed by the left-wing media, but guys like you and talk radio and the Internet will get it. It’s coming. And, unfortunately, I was target number one, and it’s sad. It’s sad for me. It’s sad for my family. It’s grossly dishonest. I did what I thought I had to do to protect my family. But those days are over. From now on when I’m attacked, I’m going to take action.

Did Bill O'Reilly Beat His Ex-Wife For Catching Him Having Phone Sex?

According to his ex-wife, he most certainly did. Your gross and horrible Open Thread.

Did we also sexually harass all those women for you? And allegedly beat your wife? Do we have someone on hand who does an amazing Bill O'Reilly impersonation to call your employees and tell them all about how much we want to rub them down with falafels? HOW DEEP DOES THIS GO? Also, you've been on the air for approximately a bajillion years -- why, if we have so much power, did we not destroy you before?

In the interview, Beck compared O'Reilly's firing with the fact that Tim Allen's show "Last Man Standing" did not get a seventh season. Yet another example of the liberal conspiracy to destroy conservative voices!

I really want to — we should see if we can get Tim Allen on because there’s something weird going on with this Last Man Standing being canceled and maybe it’s just me, but it doesn’t help when the media is in such disarray and there’s so much distrust, ABC didn’t do itself a favor by canceling a show that had much better ratings than some of the other shows that they brought on.

Beck isn't the only one who is pretty sure we all conspired to get "Last Man Standing" off the air. When the announcement was made on Thursday that the show would end after it's sixth season due to behind-the-scenes funding issues, conservatives across the internet cried conspiracy. Their belief is that the Left conspired to get their most favoritest show canceled on account of Tim Allen saying that he liked Donald Trump.

In the midst of this, they failed to take note of one very important thing. SCANDAL HAS ALSO BEEN CANCELED. I'm pretty sure that if liberals had the power to manipulate ABC's television programming schedule that we would have been more concerned with keeping Scandal on the air than seeking out some kind of revenge upon Tim "The Toolman" Taylor.

As much as I would love it if we did have such powers, I'm pretty sure we do not. And not for lack of trying, either! I can't tell you how many damned petitions I signed to keep My So-Called Life on the air -- and if you will notice -- that did not happen. If it were up to the Left, it would probably still be on the air to this day and we'd all be tweeting at Claire Danes to just get the fuck over Mid-Life-Crisis-Jordan-Catalano. Who, coincidentally, just bought a new red car to write a terrible song about.

We also would have been able to save both Firefly and Veronica Mars.

Also, Phil Donahue would have kept his MSNBC show, with network executives fully encouraging his opposition to the Iraq War. Oh! And probably MSNBC would not currently be experiencing an influx of former Fox News anchors, and Megyn Kelly would not be hosting shit on the Today Show. Fox News probably wouldn't even exist, and the History Channel would show like, actual history documentaries instead of that Ancient Aliens crap.

Let me be very clear here -- I am pretty sure that at least 70% of liberals in this country had no damned idea that "Last Man Standing" was even a thing. Nor would any of us be the slightest bit bowled over to find out that Tim Allen was a conservative who loves Donald Trump. Were we to have such magic TV powers, there is no way in hell we would waste them on a show we barely even know exists.

Bill O'Reilly is another story. Bill O'Reilly has been on the air for decades and has always been consistently horrible. Just like pretty much every other jerk on Fox News, like every other jerk on talk radio. They are legion. He was not fired because he is an asshole who says asshole things, he was fired because he had one too many sexual harassment lawsuits against him. Had a far-left conspiracy been the cause of his dismissal, I'm pretty sure he would have been replaced with someone other than Tucker Carlson. What kind of shitty nefarious left-wing cabal are we that we allowed that to happen?

Seriously, we are the absolute worst at controlling the media. Hell, we're not even actually that good at getting people kicked off the air just by boycotting their sponsors. I had a "Flush Rush" sticker on my damned Lisa Frank Trapper Keeper in elementary school, and yet somehow dude is still on the air.

The interesting thing here is that conservatives like Bill O'Reilly love to talk about "personal responsibility," but won't take any themselves when it comes to this whole "We're being silenced!" thing. They appear to think that the Left owes it to them to amplify their voices and make sure their shows don't get canceled for financial reasons or because sponsors didn't want to be associated with a sexual harasser.

Maybe they should stop asking us for media handouts, huh? Go start their own network where every lady signs an agreement consenting to late-night phone sex with Bill O'Reilly and no one can ever cancel one of Tim Allen's shows! Spend your time doing that rather than whining about how liberals are trying to "silence" you, which -- again -- we don't seem to be doing a particularly good job of doing anyway.