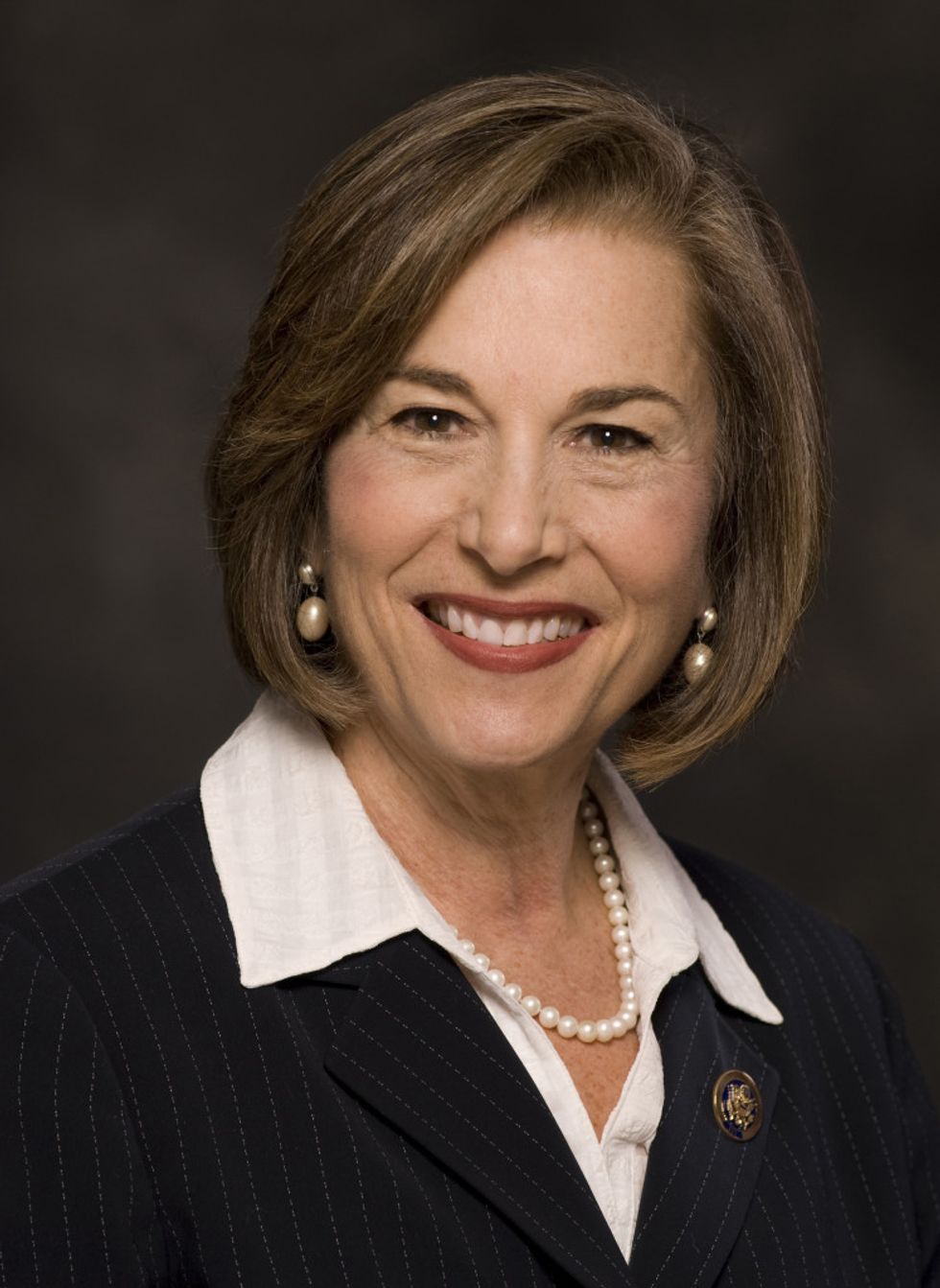 A bipartisan group of House representatives just reintroduced the International Violence Against Women Act (IVAWA). Yes, you read that correctly -- there are Democrats AND Republicans who have bridged the cavernous divide on an issue as basic as trying to stop violencing womyns around the world. Join us after the jump to have your heart warmed by the likes of Representatives Jan Schakowsky (D-IL), Richard Hanna (R-NY) and Chris Gibson (R-NY).

In an effort led by Schakowsky, IVAWA was recently reintroduced as a bipartisan attempt to stem the tide of violence against women. What violence, you ask? Oh, only that about 35 percent of women around the world have experienced violence. Not 3.5%, but FUCKING THIRTY-FIVE PERCENT. That is more than one-in-three. THAT IS A LOT OF WOMYN.

Still not convinced? How about this most awful terrible tidbit you will ever read ever, from the World Health Organization: “the first sexual experience for many women was reported as forced -- 17% in rural Tanzania, 24% in rural Peru, and 30% in rural Bangladesh.” 'Forced' is some godawful bullshitty word for RAPED.

It’s ok to vomit out of frustration, because like we said, this is the most horrible thing you will ever read.

But don't despair, Loyal Wonkeroos! This is a Nice Time, remember!

Shackowsky and the BIPARTISAN gang are working to do something about it, and IVAWA is a step in the right direction. No, it won’t solve all the world’s woes, but it will be a start. What does it do?

It codifies the Office of Global Women’s Issues at the State Department, a post created by future President Hillary Clinton when she was the most badass Secretary of State ever. It also creates a senior coordinator for gender equality and women’s empowerment at the U.S. Agency for International Development (USAID). And, it asks for no new federal monies. Just a better, more coordinated strategy to both reduce violence and help survivors.

Just for some history, IVAWA was first introduced in 2007 in the Senate. Which badass was the one to first introduce it? None other than Old Handsome Joe Biden, god bless his 71-year-old soul. Since 2007, it has been introduced in every Congress in either the House, Senate, or both, but has yet to pass either chamber.

It would seem like this should fly through Congress, what with the desperate need for Republicans to show that they don’t hate all women. Two Republicans on the bill it a good start, but it looks like there are gonna be some obstacles. Legislative badass nominee and bill sponsor Jan Schakowsky talked to the folks at The Daily Beast about it:

“One of the things Republicans are hesitant about is seeing health and women in the same sentence,” Schakowsky told The Daily Beast in an interview Wednesday evening in her office. “They think it’s about reproductive rights and abortion. Most are not even supportive of contraceptives abroad, which is astounding,” she added.

Now we get that a lot of Republicans think that women are just walking talking vaginas with boobs, with the uterus being the only internal organ. BUT COME THE FUCK ON. We are talking about girls who are forced to marry when they are 7; pregnant women beaten to the point of miscarriage; and rape used as a weapon of war. Even if you don’t care about 13-year-old girls who are raped then set on fire, perhaps some in the GOP can see this as an easy win to show women in their district that they will do something -- anything -- to make womyn’s lives just a little bit better.

After six years of bouncing around, we think it is time for Congress to finally act on it. Maybe the few women in the GOP can band together and create some momentum, huh? You managed to do it for the Violence Against Women Act earlier this year. Did we mention that the bill is bipartisan already?

There isn’t a Senate bill yet, but now that Harry Reid is swinging around the most giantest steel-plated, nuclear-inducing nutsack in the world, we are fairly confident he could ram this through the Senate.

Congress, you have done nothing but depress us for a long, long time. Here is a simple way to begin un-sucking. Get on it. And if Glorious Readers would like to encourage their members to support this bill, that would be a good thing, also, too.